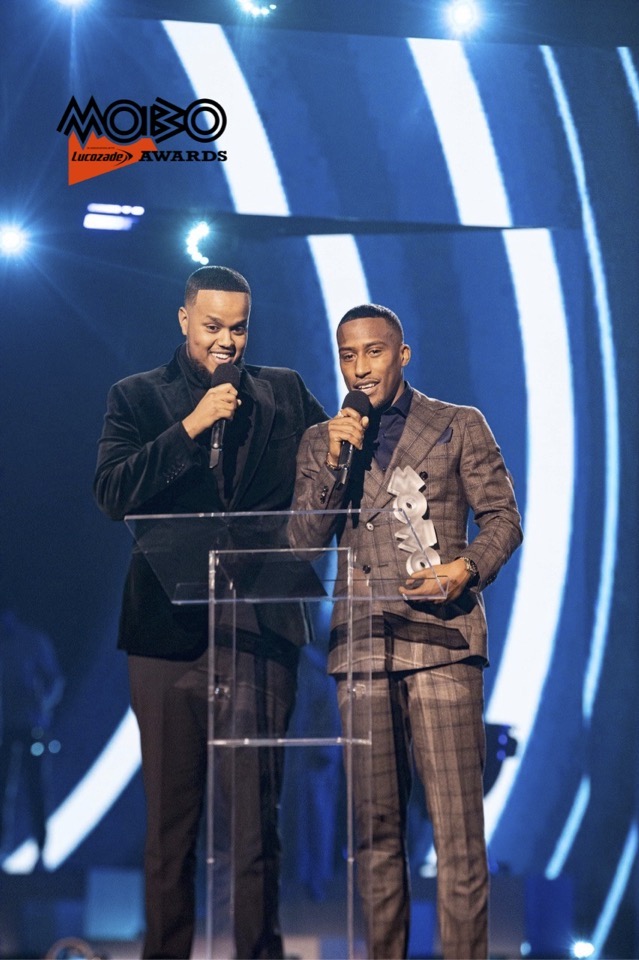 One week to go until the MOBO Awards in association with Luzocade kicks off its eagerly-anticipated 25th anniversary show – live from London’s OVO Wembley Arena. Tickets are available here: mobo.com/tickets

Chunkz and Yung Filly will be hosting this year’s show, where we can expect a mix of legends and the hottest stars of today in a show only MOBO can do! BBC is an official broadcast partner and will reflect the ceremony across TV, radio and online. YouTube is the official live video streaming partner for MOBO Awards in association with Lucozade, and you can live-stream the ceremony on 30 November at 8.00PM GMT at youtube.com/mobotv .

Hilarious YouTubers turned TV presenters Chunkz and Yung Filly will host the show. They represent the UK’s next wave of multi-hyphenate entertainers – making the leap from comedy content creators, with millions of online followers, to establishing a thriving cross-over career in showbusiness. Both Londoners won the MOBO Best Media Personality award last year, and have gone on to achieve great success.

Funny man Chunkz, who hosted the MOBO Awards in 2020 alongside Maya Jama, is a social media phenomenon with over 193 million views on his YouTube channel. The same warm and charismatic personality that endeared him to millions of followers also catapulted him into TV; with his own ITV cooking show, Bad Chefs.

Presenter, musician and comedian Yung Filly went from one of the UK’s most popular YouTubers, most notably with The Wall of Comedy, to recording music with grime royalty Chip and impressing Paul Hollywood on The Great Celebrity Bake Off. Earlier this year, he also co-hosted Munya and Filly Get Chilly – the BBC Three spin-off programme going behind the scenes of Freeze the Fear with Wim Hof.

Chart-topping DJ Eliza Rose is the latest star confirmed to perform at the ceremony. She joins a stellar line up of 2022 nominees taking the stage: Kojey Radical, Tion Wayne, Fireboy DML, Cat Burns and FLO – plus more to be announced soon!

Eliza Rose became the first female DJ in over 20 years to top the UK singles chart with her ubiquitous anthem ‘B.O.T.A. (Baddest Of Them All)’. The stars couldn’t have been better aligned for this breakthrough London talent to perform at the MOBO Awards, in the year the ceremony introduces Best Electronic/Dance Act supported by Mixmag, which she is nominated for.

Where to watch and listen to the MOBO Awards 2022:

As previously mentioned, the BBC is an official broadcast partner for the MOBO Awards 2022 and will reflect the ceremony across TV, radio and online.

BBC 1Xtra will bring listeners a special show on 7th December with performances from the night and exclusive backstage interviews with this year’s hottest acts.

Alongside this, BBC 1Xtra and BBC Sounds will celebrate the ‘MOBO Awards at 25’ in a special five-part podcast. Across the episodes they’ll celebrate the arrival of Afrobeats, growth of Garage, the re-instillation of Dance and more. Fronted by 1Xtra’s DJ Ace, the series will see the likes of Sean Paul, Nia Archives, FUSE ODG and more reflect on what the MOBO Awards mean to them and celebrate the rise and rise of black British music.

BBC One will broadcast a special hour-long Access All Areas show on 7th December, presented by BBC 1Xtra’s DJ Target. This will include highlights from the ceremony, exclusive behind the scenes action, performances and red carpet interviews. This will also be available on BBC iPlayer.