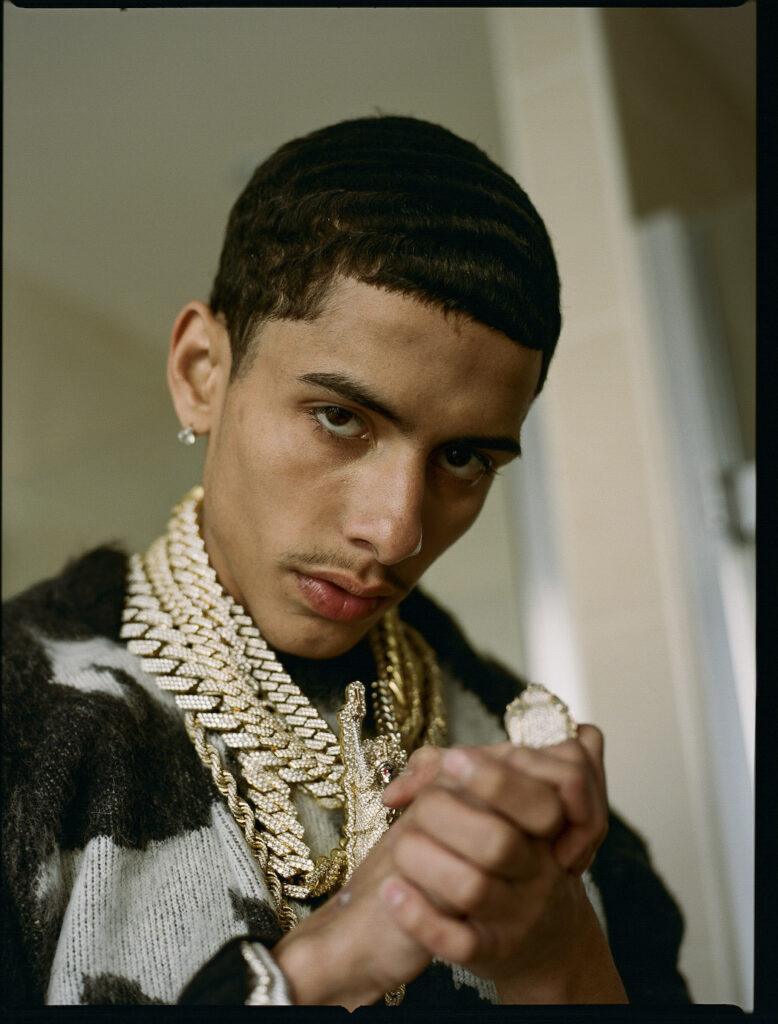 NYC’s J.I talks to VIPER about London’s vibes, rapping in Spanish and collaborating with Central Cee and Tion Wayne…

With fans of melodic Rap in a chokehold, J.I has steadily built a reputation as a cult artist in his hometown. While Drill continues to dominate the city, he brings the essential contrast to these dark sonics, with mood music full of harmonies. Having first made a name in the music world with an appearance on The Rap Game TV show, he’s built a fanbase in his city and beyond. Reflecting on his first visit to the UK, he talks to VIPER about London slang, his debut album and lyricism.

Are New York Drill rappers going to be wanting a feature now you collaborated with a London Drill artist?

Not to throw shade on New York or American artists but we’re more naive. I feel like a lot of artists in the states are big headed and they’re not on the wave yet, not that they don’t care what’s outside of the states, but they don’t care what’s outside of the states, literally I feel like that’s the best way to put it and when I went out there to London, it really changed my perspective, not only making music with artists but getting recognised, I would go to different malls and I got people screaming “yo J.I.” and I’m just like wow, you guys really know me out here and I haven’t even done the footwork and the work I needed to do in London yet for me to really get my name across the way I feel like it should be. But you guys actually know about me, you embrace me like I’ve done the footwork so going down there, I felt like it was mandatory to collaborate with the artists, to do the interviews I needed to do, to do the photoshoots I needed to do because I want you guys to see me, I’m here, I’m in London, you guys need to see me. I think people saw me, and with the American artists, unless they go to London personally or collab with artists… I had artists from London hitting me up from the jump, artists like Central, ArrDee hit me up, Tion, I been chopping it up with these artists. You either choose to be in tune or you choose not to. With me, I feel like it’s just mandatory to embrace what’s outside of the states.

You and Central would break the internet with a collab, would we hear that soon?
May need cutting due to time-sensitive info] We may have a bunch of music by Summer, I’ve got two collabs [with artists] out there so there’s more to come. Me and Central are definitely gonna get one in for sure.

With your Puerto Rican heritage, you’ve also dipped into other global markets. Was international reach and representation always important to you?
Now I am but I didn’t even realise what I was doing while I was doing it, I was just so focused on getting my name across and my sound across. Doing these records for Southern American artists broke my name out in that region of the world and I didn’t realise it because it’s where I’m from, it’s who I am so I felt like it’s mandatory for me to dip and dab and do those type of records and slowly but surely I kinda made a name for myself down there too, that wasn’t the ultimate goal but it became something we did because we did it. My last project had a Spanish record and this project didn’t but we’re in a different place where we’re adding more records to the project and I’m gonna end up throwing a Spanish record on there, it’s perfect timing I guess because I have a collab with a big artist coming real soon from that region, I don’t wanna ruin it. But it feels like it’s mandatory, it’s part of my culture.

You have some very deep lyrics, do you think some of what you say can be overlooked by listeners?
I could be wrong but it’s funny because the pronunciation changes because I’m singing words, not that people don’t take it serious because I have huge records but I feel like it’s something people are used to be- cause I don’t have a gimmick, J.I.’s gimmick is good music, I can’t go on Instagram and rant and rave for an hour and get views, that’s not my gimmick, that might be the next artist’s gimmick because it works for them but that doesn’t work for me, what works for me is putting out good music. When I stop putting out good music, it’s over for me, that’s just my opinion so I feel like I just take the craft too seriously. It’s good and bad to be a harsh critic of yourself because you prevent yourself from doing certain things. But at the same time you’re also allowing yourself to put things out at the highest quality possible when you critique your- self so that’s something I strive to do because I don’t have a gimmick, my gimmick is putting out good music for the people to listen to.

Your UK trip was delayed by Covid – so was it as good as you hoped?
It was! It’s funny because I have a lot of memories and I even have a scar that’s gonna stick with me forever because of London. Not be- cause of London, it’s really because of me but I have too many memories to not remember the trip. But I’m not gonna lie, it was beautiful. I’ve gone to so many cities, as an artist I’ve travelled a lot but I feel like London has every city I’ve been to beat by a long shot. It’s crazy, you guys really shocked me and surprised me, the culture out there is amazing. It was to the point that there would be nights I couldn’t sleep and you’d just hear people screaming outside, chanting crazy shit. I love it, the culture is amazing out there.

I don’t know if it’s because I’m very high up where I live in New York so I can’t really hear things but I have to disagree with you. I don’t know if it’s COVID and COVID has my city quiet right now, but in London you hear people 24/7, there would be nights I couldn’t sleep and I’d just hear people all night, talking, screaming, chanting. There was this one chant I heard, I can’t describe it but it sounded like an Irish chant and you would just hear people chanting it loud. You don’t hear that in New York, you’re not gonna hear that. So London doesn’t sleep at all either. I can sit here and tell you that. Maybe it does but from my experience, it doesn’t sleep either.

I heard you shot a video with Tion Wayne, what was the biggest difference when it came to producing a video here?
The record was supposed to come out but we have a bunch of things going on right now. For one, that was one of my first in person sessions with an artist because I usually don’t collab with people like that, it’s crazy. When I went to London, I think I got to the session before him and we ended up recording the song in an hour and then we went to the club to shoot, we went different places. Tion is a dope artist, that’s my brother right there, he’s super dope, he’s fire, hands on with it and he gets the job done every time. It’s super dope to work with him, I also linked up with Central Cee too, he had a show out there, we linked up. Central’s another dope artist that I see out there doing his thing and putting up the numbers he’s putting up and he has the attraction he has so that’s amazing. I got to link up with him, the video is almost done with Tion, I want you to see it because it’s super dope, we have a dope record. He used a New York term and I used a London term so we put the two terms together to make the song title.