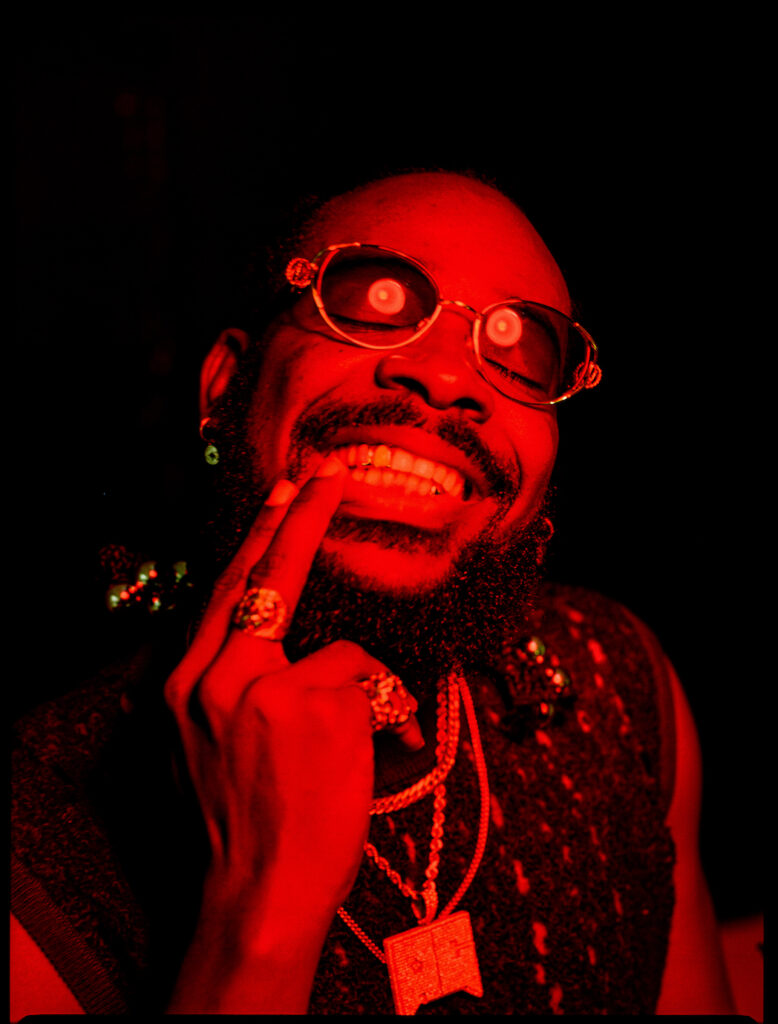 Nigeria’s Adekunle Gold appears on the cover of Viper’s print issue, he talks to us about descending from royalty, collaborating with his partner and when his next album is due…

GOLD BY NAME, GOLD BY NATURE – Just who is Adekunle Gold? We’ve all heard the divine Afropop melodies, seen the stylistically unrivalled fashion-sense and accepted his undeniable status as one of Africa’s most-regarded voices, but what lies beneath all of this is one of the most unique personalities music – and genre – is yet to witness. It’s something that makes Adekunle Gold a bit of a rare find, a diamond in the rough if you like. Whoever you think is behind the name, the chances are you are probably as wrong as you are right. The correct answer is that he is everything you say and think he is. Collectively, the body of work Adekunle Gold has offered us in this stage of his career by his own admission, is nothing compared to what he is prepared to show us. The conversation left me with an overwhelming sense of inspiration. By the end, I was just happy to share the same birthday as him – a fact I vow to proclaim from hereon in as if I shared the 25th of December with the sweet baby Jesus himself. As such, we sat down with Mr AG Baby to discuss the possibilities of just what it is that he is going to show us? The answer: as rare as gold itself.

So just who is Adekunle Gold?

As you already know, I’m a singer-songwriter, formerly known as the king of Photoshop, even though I am. AG Baby, it’s your baby, whichever one works for you. Bad boy decks, all the coolest things you can think of in the world.

Given your former alias, do you still create?

I’m dropping the flyer for my UK show tomorrow which I designed myself.

For a long time, I called myself many things, but I know I’ve always wanted something that describes me perfectly; something that de- fines me. Whilst in church listening to a sermon, the preacher began talking about gold and brass. He said three times, ‘you can’t substitute brass for gold’ and I really felt like that encompassed what I am and my sound.

You come from Nigerian royalty – tell us one interesting fact about you and your surname that some people may not know about?
My great great great great grandfather was the king of Lagos, although I never remember that shit until I’m being interviewed. My dad, who was my final teacher in school, used to publish books. In his book blurbs he always wrote ‘Prince Yemi Kosoko’ and I really liked the idea of ‘Prince’. After every exam, I wrote ‘Prince Adekunle Kosoko’. On this particular day, my teacher approached me and questioned why I had been writing the name Prince in my answer sheet. The way he beat the shit out of me in class I was so embarrassed. He literally beat the Prince out of me. Until another interview, I won’t remember [that story].

Where do you draw inspiration from and how did the likes of pioneers such as King Sunny Ade, Fela and Ebenezer Obey inspire you?
King Sunny Ade (don’t forget the king), Ebenezer obey, Alaji Sikiru (Ayanide Barrister), Fela – as much as they sang for entertainment, they did gyration songs, they made party jams back then. Unlike how we make songs today, they always found ways to make music very relatable. That’s where my first interest for lyricism came [from]. A song like ‘Kelegbe Megbe’ for example, was one where I just wanted to talk my shit. If you listen to every song I made before that track, they were very humble. Until I decided and said, “fuck, I don’t want to be humble anymore.” I want to let you know that money doesn’t buy charisma. I have my own swag and that’s it; “Know your place, I’m telling you. Slow your roll.”

You started putting the ‘Prince’ back into your name again.

Exactly, the prince was back. What a lot of these artists did back in the day, they bragged a lot. They talked their shit and they found ways to make it entertaining. That’s what has been my mentality for a long time. Shout out to my dad for always playing those songs back to back to back.

From your first album ‘Gold’, to your latest body of work, we’ve witnessed exponential growth from you as an artist. How would you describe this growth?
Growth is the second best thing that has happened to me, the first is the fact that I embraced it. It’s one thing to grow and stay on the path of growth; I’ve seen people get scared of growing. You followed the journey from ‘Gold’, you’ve seen the transition of the sound, the persona, the fashion and everything else. For those [artists] who I am a fan of myself, I look for these things. I am conscious about you giving me the same thing you’ve given me before, I want something new. As I grow with my sound, I expect that you are too. For me, growth wasn’t easy but I knew that I had to do it to satisfy my own cravings. My mind is wild – the way I reason musically, sonically, creatively, it’s crazy. I would do myself a disservice if I didn’t grow. Even if at some point, I found people weren’t feeling the music, I’d be fine with that. Either way, I challenge you to grow sonically and not be stuck on gold. You can make one thousand pieces of gold, I’d rather create something that I’m not sure I can make a hundred of. That’s why I grow. As an artist, I paint the picture in my head, not what you want. No artists go to the studio with an easel and a blank canvas and think, “what do the people like?” The artist paints their picture. Don’t be surprised if my next project is a Trap one, why not? You’ve heard it here first!

What are your thoughts on the state of African music today and its growing importance in the global music scene?
I’m happy the world is beginning to witness the greatness of African music – Afrobeats, Amapiano, whatever it is. I always tell new fans that they are very late to the party because we’ve been the shit. I’m happy that I have been able to create music that cuts across all ages and nationalities. I’m contributing my quota every day, with every thought, sound and song I create.

If you could describe your style in three words, what would they be? And what inspires your fashion-sense?
Comfort. I don’t care, fashion should never be painful and there are no rules. “Don’t put pattern on pattern” – fuck that. If it looks good on me, it looks good on me. I don’t think too hard about it really, I just know how to put things together; there’s no extra effort to be intentional. When people in shops ask me what I’m looking for, I tell them the same thing, “I don’t know, but when I see it, I will know.” I sometimes put together mood boards on Pinterest, but I don’t look for what I put on there myself. So – comfort, no rules, and I guess, cool. I can also be very eccentric, I would casually wear a skirt.

You and Simi welcomed your daughter in 2020, how would you say it shaped your life and music?
HUSTLE. No but seriously, it’s made me more responsible; not to say I wasn’t before. We live in a world that isn’t so kind to women. I am always very particular about the precedent I set as a dad and the kind of