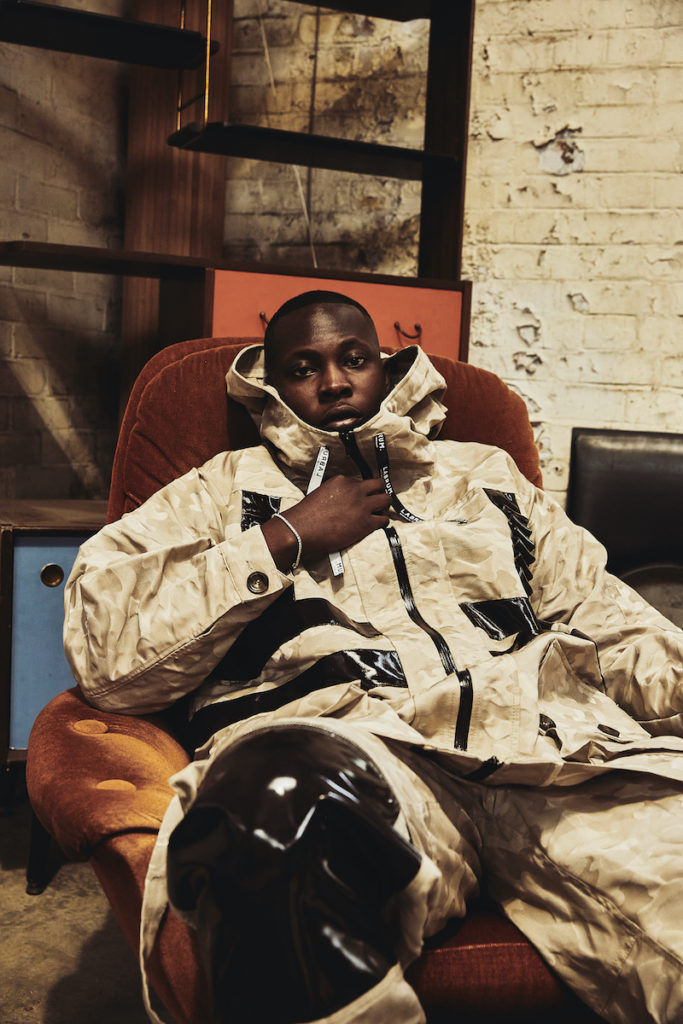 Meet the man behind some of the most beloved Drill instrumentals, from J Hus to Loski to Unknown T. With production credits for almost every major rapper in the UK scene, TSB has proven himself to be a force to be reckoned with. Behind the boards he’s a beast, but his humble nature adds to his charm. He talks sampling,what he considers to be the perfect and how surreal it was to have Mike Skinner on his song.

Why did you choose the name TSB?

I don’t really think I chose it, I think it was more given to me. TSB is really just an abbreviation of what my music name stood for but I don’t really go by that name anymore. I just stick with TSB because in my opinion, it’s more professional. But yeah long story short, when I was 16 I had a friend called Shyron who was a producer as well. I guess we were a duo and he was like, “Let’s call ourselves The Shy Boys” so I just put Shy Boy at the end of Tobi, but with the Shy from Shyron, so it came from his name. That kinda stuck with me, everyone knew me as Tobi Shy Boy and then I think when I was in university, one of my friends used to always be like, “TSB, TSB like the bank.” TSB’s not that bad, it’s kinda short, it’s more professional, I felt like Tobi Shy Boy was quite childish so from the age of 20, about eight years now, I would say I’ve run with TSB instead of Tobi Shy Boy.

Where are you from?

South London, Stockwell, Clapham, that’s where I grew up, then I moved to Surrey for some years; my mum still lives there. South London, that’s my home really.

How would you describe your production style?

Unique. Simple at times but effective, always full. I would say my production is very whole and full, it’s exciting, it’s innovative, musical and quality. That’s what I would say, I try to keep pushing myself and make sure I’m always doing something new or fresh. When I’m making music, making beats in the studio, in sessions with artists, my head’s always nodding. I try to transfer that same energy over to the listener.

What would you say are some of the most popular beats you’ve created?

Popular, I’d say all the J Hus records, so that would be ‘Spirit’, ‘Scene’ on the ‘Big Spang EP’ then there was ‘Disaster’ by Dave featuring Hus. J Hus’ ‘Daily Duppy’, then on his ‘Big Conspiracy’ album, the title track, ‘Helicopter’, ‘Know the Line’, ‘Reckless’. Away from Hus,  Mo Stack ‘Shine Girl’ featuring Stormzy, ‘Shannon’ as well, I think both of those were singles off ‘Stacko’, ‘Mo Stacks’ ‘Daily Duppy’ too, the M1llionz singles, ‘Lagga’ and ‘How Many Times’ featuring Ash from Lotto Boyz. The DC stuff, ‘Neighbourhood’, ‘Tears, Sweat, Blood’ both singles and then ‘Bobby & Rowdy’ featuring Knucks, a single off his EP ‘In The Loop’. New releases that have come out, Clavish, ‘How It Goes’ that just dropped, Headie One ‘Princess Cuts’ and ‘Chanel’ which was on the Music X Road EP. Loski stuff… I could go on but it’s been good to do so much in the last three, four years that has been perceived as really good music. Unknown T, ‘Main Squeeze’ with Young T and Bugsey as well, so there really have been a lot. Sometimes I don’t really take it in until I’m looking at my discography. AJ Tracey’s in there as well, I did two AJ releases, ‘Elastic’ which was on the Top Boy soundtrack and then AJ Tracey and Unknown T ‘Black & Proud’ that was on the ‘Reprise’ Roc Nation album. It’s been great, I just want more – I’m not satisfied at all.

What is your favourite song that you’ve worked on and why?

Favourite would probably be DC, ‘Neighbourhood’, I feel like DC’s an incredible artist that’s maybe not as known or spoken about as much as the others I’ve mentioned but the music speaks for itself, you just have to hear it. I enjoy working with someone like that because it gives me an opportunity to create a new sound with an artist and build their sound. I feel like with DC we’ve built a sound from the ground up that I’m seeing people appreciate but at the same time, it’s a one-off, one sound that not everyone can go out and try and create themselves. It’s not easily imitated and I like that about what he does, I think he’s got a powerful message as well. In the records we’ve put out, ‘Neighbourhood’, ‘Tears, Sweat, Blood’, ‘Bobby & Rowdy’, the whole EP to be honest… I think we’ve been able to put out “conscious music” whilst still delivering a vibe. I think that’s quite important but difficult to execute, so I would say ‘Neighbourhood’.

What software did you get started on?

Fruity Loops was when I first encountered production software, I would’ve been 16, coming up to 12 years. I started making music in Summer 2009, when I first finished secondary school, that’s when I started making beats. I still use Fruity Loops now, I did boycott it for years though and started using only Logic but I’m back. I started using Fruity Loops again during lockdown, I just do my drums on Fruity Loops and then I still do all the music and stuff in Logic. I find it quite fun jumping from one to the other, Fruity Loops is so easy to make beats and you can just come up with different things, whereas I feel with Logic, it has to be more thought out with the drum sequencing and programming process.