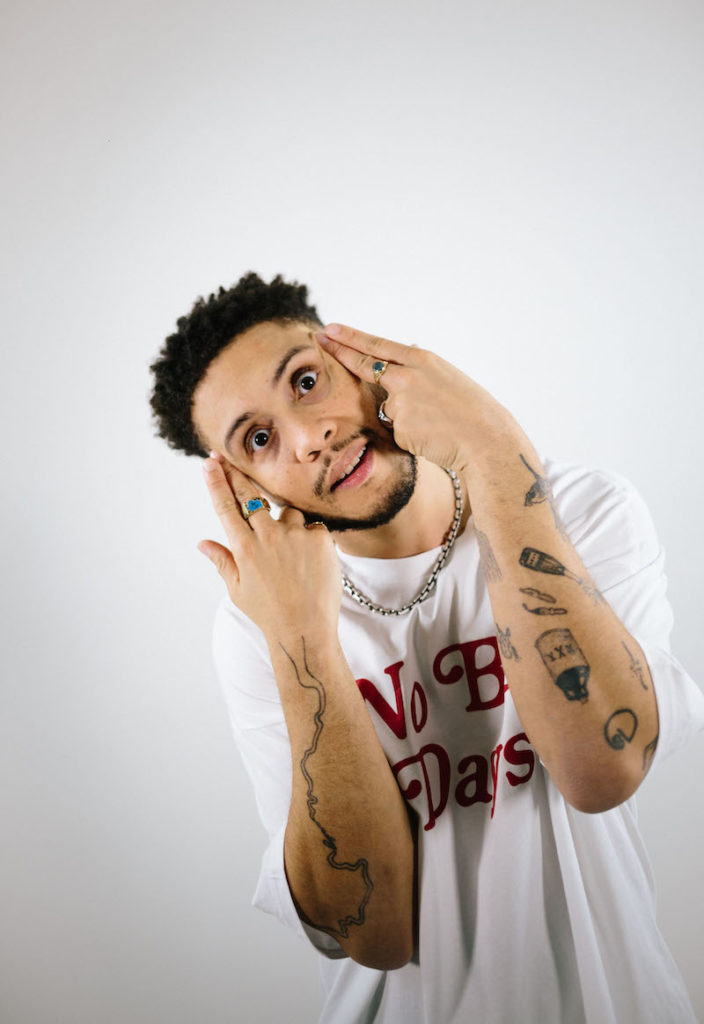 Rising West London rapper Jelani Blackman celebrates the release of his mixtape, ‘Unlimited’ by telling us all about his favourite mixtape of all time…

‘The College Dropout’ is up there with my favourite albums of all time, if not the top. The vibe and even actual tracks on there were on ‘Get Well Soon’ first. There were so many classics Kanye made in his time as a Roc-a-fella producer and so many artists I love. Then you’ve even got tracks that end up going on ‘The College Dropout’, like ‘Through the Wire’ were all on that mixtape.

Think I heard Talib Kweli on there for the first time  but what I also liked was I discovered some parts of Kanye’s history that I didn’t know, which is actually sick to find in an artist you rate.

Probably somewhere on a bus in London.

Not really, I found it a while after it came out, but the album it inspired came at an incredibly important time for me. ‘The College Dropout’ inspired the music I make to this day and I think more significantly it influenced and stimulated my love of listening to music, catching deep energy from it, at an age where I was starting to make steps towards who I was as a person in the world.

Not just for this, I think a good musical experience is priceless.

It’s a gripe compilation mixtape from the noughties on CD