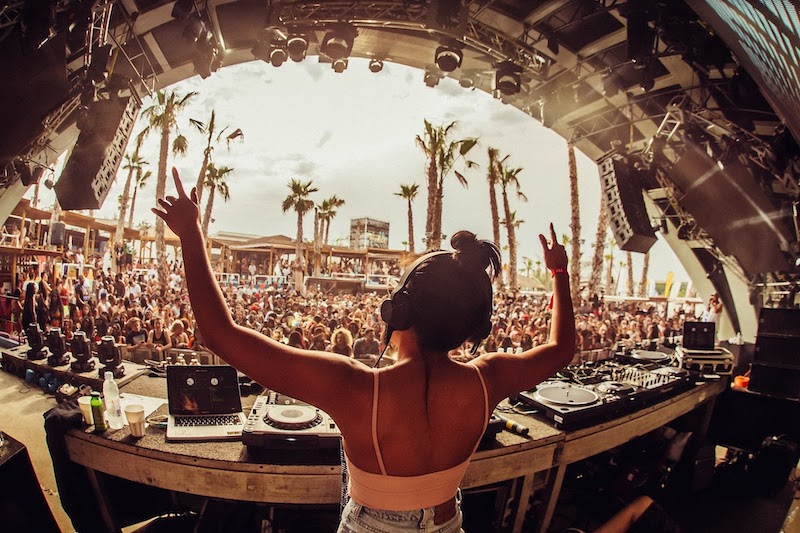 Selling out in 2018 and 2019, the Croatian festival returns after two years of Covid postponement for a 10th anniversary celebration week-long festival holiday of live music, DJs, pool and boat parties and more...

Fresh Island is Europe’s leading hip-hop and urban music festival, set against the backdrop of the stunning Island of Pag in Croatia. This festival is held on the beautiful Croatian isle of Pag from 25 to 29th June. Fresh Island will see some big name performers this summer including Shenseea, Skillibeng, Tion Wayne, Uncle Waffles, DJ Maphorisa, Tim Westwood, Semtex with many more to be announced.

Since its inception 10 years ago, the festival has welcomed the best in international talent. Fresh Island 10th anniversary will take over the huge open-air clubs of Aquarius, Kalypso, Papaya on Zrce Beach during the week of June 25th – 29th, with main festival stage performances taking place 26th-28th July. Tickets for the 10th festival anniversary are now on sale starting from £157 for general admission and £241.67 for VIP.

Shenseea and Skillibeng have been revealed as the first headliners for Fresh Island 2022. Shenseea’s journey to pop stardom has routed her through collaborations with artists as far apart as Vybz Kartel and Christina Aguilera, and she received a visibility bump with two guest appearances on Kanye West‘s Donda whilst selling out her first London show. The Jamaican star joins forces with rapper Megan Thee Stallion for the single “Lick”, which is featured on Shenseea’s debut album ‘Alpha’.

Skillibeng gained popularity and became the biggest Dancehall star with his ‘Prodigy’ EP and has several successful singles, including ‘Crocodile Teeth’ and ‘Brik Pan Brik’. Renowned as one of the ‘kings & queens of Amapiano’, DJ Maphoria‘s and UncleWaffles will hit the Fresh Island beach dancefloor. The world-conquering DJ Maphorisa will make his Fresh Island debut alongside with UncleWaffles dedicated to Amapiano.

Tion Wayne, Tim Westwood and Semtex will represent UK urban music scene as it best. Some of the hottest names in the UK urban music scene will also be heading to the Croatian shores this summer. Showcasing the signature sounds the UK currently has to offer, the likes of Tion Wayne with hits including ‘Body’ and ‘Who’s True’. Becoming one of the highlights of the week, Tim Westwood will play the best in urban music from Hip Hop, Grime, Dancehall and R&B. Joining him will be fellow Capital Xtra DJ, DJ Semtex who will also be showing why he is one of the best in the game.