I didn’t know what to expect from my first time at Outlook Festival. As it would be my first festival outside of the UK, I found myself doubly excited and expectant to enjoy myself and come away with some amazing memories. Friends had told me to expect nothing but greatness, and I kept them at their word.

The surrounding city of Pula made for a good start with idyllic settings, a friendly population and nothing but sun, and getting to the abandoned Fort Punta Christo in a taxi, gassed levels were reaching their maximum. As I entered the site and made the pilgramage to the festival proper I bore witness to a sea of humanity frolicking in positive vibes, booze and 30 degree heat. A good start to the weekend, then

Kicking off the musical festivities for me was Little Simz, who was an empowering presence on the Beach Stage, coasting through her repertoire as the sunbathed audience grew bigger and louder. All against a truly sensational sunset. Outlook had won me over already, but it was only getting started.

Moving onto the Clearing Stage, Joey Bada$$ blessed the stage and brought the vibes in the right way. Perched near the back, I could get a real feel of the atmosphere, with frantic and drunk fans clamouring to get to the front to see the Brooklyn MC. I was blinded by the lights as Joey performed cuts from his debut album, ‘B4.Da.$$’, stretching back to his first project, ‘1999’.
Friday came along and, getting to the festival early and getting enough tokens for food and beer (lots and lots of beer), exploring the confines of the Festival was rewarding. The beach was probably the best I’ve ever been to, as the bright sun reflected off the ultra-blue waves of the ocean. The evening rolled on and one of the acts of the festival for me, Gentleman’s Dub Club, invaded the beach stage with nothing but energy.

Blending reggae, ska, punk and jungle, the reception the Dub Club got was one of the best of the entire spectacle, and they set the tone for the amazing evening to follow.

Seeing Chicago rapper Mick Jenkins, the crowd was encouraged to drink more water as we bounced to cuts from Mick’s upcoming debut album, but the night belonged to the legend known as Kano.

Bringing the sounds of the Manor to the Clearing Stage, it was a boyhood dream to see KA live, and he did not disappoint. I was on a mission to get to the front for this one, and nothing would stop me. In one fell swoop, he moved from ‘P’s & Q’s’ to ‘3 Wheels Up’ to ‘Garage Skank Freestyle’ and I was in heaven.

This was the set of the festival for me and fulfilled my expectations to the absolute fullest. Being to tell Kano he was the man afterwards, was the icing on the cake. Later skanking the night away to the sounds of The Heatwave. my Outlook experience was complete, but there was so much more to come.

Saturday saw me embarking on a unique adventure – Kurupt FM’s memorable boat party. Supported by UK Garage royalty, Sticky and Scott Garcia, the three-hour voyage through the beautiful Croatian mountains felt like an eternity of anthems ranging from dancehall to grime, and champagne sprays from the Kurupt crew. The sheer charisma and personality of each member was plain to see – they all arrived on the boat on jet skis, damn it – and it was truly something only Outlook could produce.

Later in the day, a flood of human traffic prevented me from getting to the Moat stage and seeing Casisdead and AJ Tracey but, from all accounts, they were amazing.

The jewel in Outlook’s crown would come on Sunday night, as we were treated to a truly colossal line-up on the Clearing. First up was Loyle Carner who, with his razor-sharp lyricism and jazzy production courtesy of Rebel Kleff, set the tone perfectly for the night to come. Next up was Rejjie Snow and the Irishman softened the tone as he ran through his set, reciprocating the crowd’s energies.

Lewisham don Novelist stepped up next, despite the heavens opening and rain falling at an alarming rate during his set. The weather would persist for the rest of the night but this would not stop the crowd, and they jumped and danced the night away with N-O-V. Replacing him on the stage was Section Boyz, and the deafening screams when ‘Lock Arf’ started to run was one to remember. They really knew how to move the crowd despite the rain.

Finishing up the fiery line up was none other than Stormzy, who had the crowd in the palm of his hands as he brought the madness. A fitting way to close out the festival for me, and the incredible weekend in general.

So here I am, still sad to be back in England as I type, constantly reminiscing about one of the best weekends I’ve ever had. Only a year to wait for the next instalment of Europe’s best festival, and it will be worth it.

Outlook, I thank you. 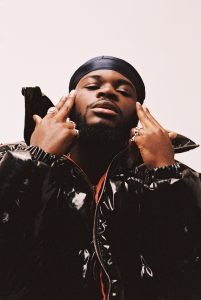 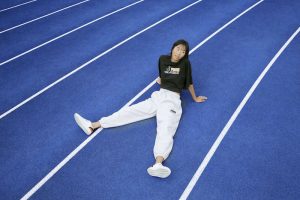 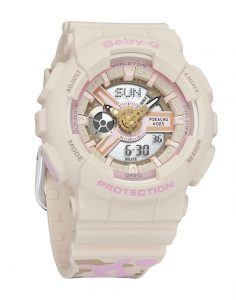 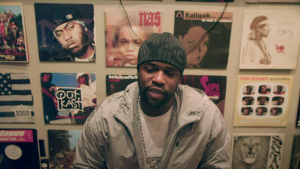