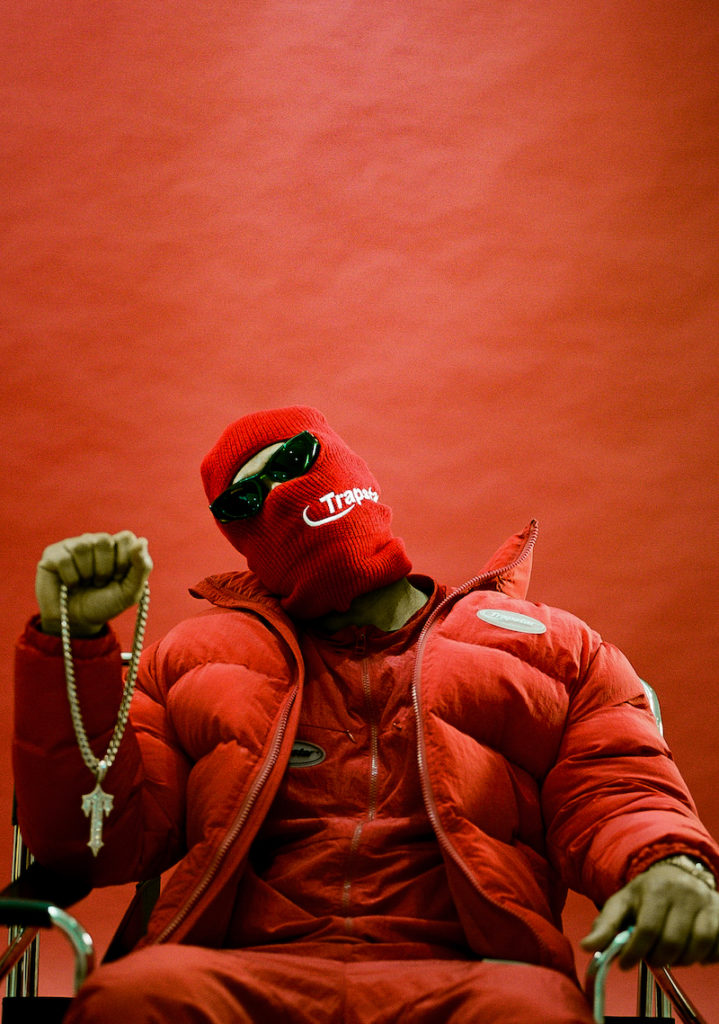 To celebrate his birthday, we caught up with Lee, one of the founders of cult clothing brand, Trapstar. His selections are diverse, with classic R&B alongside legendary Southern Rap and a sprinkle of Jungle. Take a listen to his picks and add the playlist to your library.

My mum would play this in my house growing up and I’d hear it at family parties a lot too. It’s an old school song with good vibes, obviously Biggie used it for ‘Juicy’ too but this is the version I love; it’s a classic. This is the kind of song you hear walking through Carnival, or playing in the record shops in West London.

This is my favourite Jodeci song, a lot of people don’t realise that it’s about drugs and not a girl. Like when he sings “take my money, my house and my cars,” he’s not talking to a woman. DeVante wrote this song, I feel like he was often overlooked for K-Ci and Jojo but he was really talented.

Before you jump in the game, it’s about making sure that your product’s good. When we were selling T-shirts, this actually had an influence on us, in terms of the way we dressed, the Rolex that you wore, even back in the days what you wore to go raving…. wearing bowler hats, we got that from him – as well as another guy from Northwest from a little crew Usual Suspects. For me, Master P was the one that made me feel like I wanted to be in a clique and a crew. Everyone belongs to a tribe, they showed me about this whole unity, Master P, his brother C Murder, Silkk the Shocker, Magic, all those guys. He was one of the trailblazers and even now, he’s still relevant. He definitely had a big impact and influence; me and Mikey used to collect CDs, Hot Boys CDs, BG, Lil Wayne, Juvenile, Turk.

This is one of my favourite songs of all time growing up, I love this song, Shy FX – ‘Wolf’. I was into Jungle but I didn’t get to really rave until I went to Coliseum. But at Carnival, I just remember a big circle with everyone going mad in the middle. Then going into a place called Confusion where a lot of people used to play Jungle sets. I remember everyone wearing Moschino off-key prints all over. Jungle was all about that, expressing yourself in what you wore. It’s a very London genre and it birthed a lot of music, like Garage and Grime. That’s what set the precedent especially in terms of how we dressed, I think it had a big influence on fashion and music.

It motivates me; when he put out that album, I was in that hustle spirit. Trap music derived from ATL and for me, Jeezy was one of the guys that pioneered Trap music, him and obviously Gucci. That was one of my favourite tracks on that album. I’d definitely put him in my top five rappers, 100%.

That’s another classic, anytime I hear this song, it brings me back to when I was in Barbados with one of my friends, just rolling out on the streets. Listening to it makes you feel good and puts you in a happy mood, it makes you want to get lit. It’s a proper anthem, you can’t sit down or chill when you’re listening to ‘March Madness’. Obviously my birthday is in March, it’s got that timeless nature too

This was when Drill really transcended. The feeling it gives me, it puts me in the zone. When I hear it, I get very amped. It sends adrenaline through my body and I just like to vibe to it. If you said what’s my best Drill song, I would definitely say Chief Keef – ‘Love Sosa’. Also, I feel like that was the first Drill song that really had a big impact on a lot of kids. Even the way they’re shaking dreads, the visuals and that are just a vibe. It lasted the test of time too. If I wanna get amped, like if I was doing a party, that would be one of my selections.