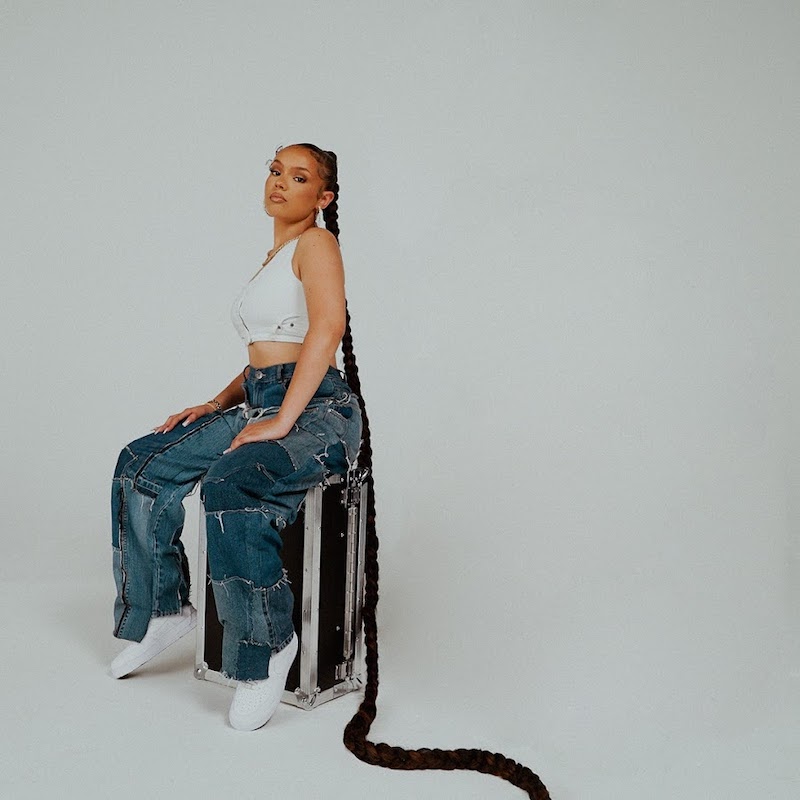 Scroll through the comments of any of Kali Claire’s YouTube videos and you’ll see comment after comment praising her ability, mixed with some encouraging frustration at how underrated she is; “She deserves so much more attention, I hope she gets to that point soon!” one comment reads. It’s so early in the 22 year old’s musical journey, yet she’s got loyal supporters who understand and stand by the signs of greatness she’s already exuding. She reflects, “I honestly just love music, sometimes more than people. It’s my coping mechanism, form of expression and I think it’s my purpose. In my head ‘underrated’ translates to ‘timing’ – I know that melodies and lyrics will last forever, it’s us that won’t,” in response to the comments and my personal praise of her.

Kali’s sound fits right in with the best voices of this era – your Summer Walker’s, Kehlani’s, SZA’s. She’s up to par with those usually nurtured in the hit factory that is the USA, though Kali was not. Not to mention, her lyrical wisdom – her passionate thoughts on love and her ability to express her emotions with ease on a mellow, catchy beat – is beyond her years.  She explains, “I’m behind the scenes and through the whole process of writing, recording and mixing a song, I engineer myself and vocal produce so it can be a bit more tedious to get everything exactly how I want it. I watched an interview with Billie Eilish and she said she records at home in her brother’s bedroom. I think it feels so much more intimate and less embarrassing when I’m alone with a microphone and my laptop.” Her creative confidence makes more sense when you discover Kali is Hackney-born. The London borough is home to the Empire Theatre, and a breeding hub of diversity and raw talent. She agrees, “Hackney is very diverse. I only realised when I started travelling outside of London how lucky I was to have all the performing arts programmes and opportunities around me. I got lots of practice basically.”

All this is enough for anyone to keep an eye on her progress, since her debut as a supporting act for Mabel only a couple of years ago. “Mabel is the best. I met her a few years ago in a Kings Cross studio. Then she hopped on ‘My Lover’ with Not3s and I did Bv’s [backing vocals] on there. A year later she invited me to her album launch and then a couple months later I got a call from my manager Fo about going on tour! It was crazy, and I can’t wait to do it again.”

As for the ones who didn’t catch Kali on tour, or notice her harmonies on both ‘My Lover and ‘So Sweet’ featuring Not3s, and still need to catch up, Kali says, “I say I’m an ‘artist’ now when I introduce myself to people. I’m lucky enough to make art everyday now. My song ‘Disrespekt’ is where I’m currently at. I’d say listen to ‘Disrespekt’ to get to know me better”. It goes without saying, she’s demanding you put some respect on her name – and her music.

That further applies to those still living under a rock, who haven’t already clocked her also as the recent face of the Apple Music R&B playlist, which features her latest tune ‘Temporary Feels’featuring Jvck James. This alluring hit showcases Kali’s growth in confidence as both an artist and a young woman. “I’m growing into [womanhood]. I used to be embarrassed of saying that and was embarrassed of love. I’m happier than I was definitely and I think it shows.” The once self-proclaimed “teen” adds, “Since ‘Symptoms of a Teen’ I’ve got a couple more years of practice as a writer, singer and human. The older I get the more songs I’m going to make.” She hints that this is a sign of the elevated vibe to come from her: “Ooh these new songs on the way are filled with harmonies and guitars. They’re kind of happy, kind of sad, you choose. I can’t wait for them to be in the world!”

It’s already been an eventful journey for Kali; she has a couple of musical milestones in the bag. But it’s clear that this is just the start. Besides – time and “timing” is on her side. “A few things on my to do list, headline show! Once I’ve got some more music out, it gives me an excuse to perform and see everyone. I want to go and create in different countries, try new sounds and break the rules. I want to meet new people after being locked away for so long too.”