Behind every amazing track, you’ll find an amazing producer, instrumentalist, engineer, writer; the list goes on. When we jam to songs we love, we are often so indulged in the track we rarely think about the creative process of it. At most, we think to ourselves, ‘Who the hell made this beat?’, but very quickly return our attention to the singer or rapper in time for the hook to drop.

As beats & backdrops have become an even more intrical aspect of music in this day and age, frustration has grown amongst those behind the scenes. But in Ebenezer, producer, rapper and writer, we see a rare breed of creative. Multi-talented, multi-instrumentalists who love creating music. So much so, the limelight is secondary to what they achieve and they seem somewhat content with the responsibility of taking the creative backseat, for their work will speak for itself. Individuals such as Ebenezer are instrumental to the future of music — the innovative, flexible mature minds who can adapt to the needs of artists, as well as understand the fundamentals of making great music as not many individuals can boast the ability to produce and provide lyrics on a great track.

But that’s not to say you haven’t come across his work before. Having worked with the likes of Ty Dolla $ign, Rejjie Snow, Eric Bellinger, ADP, Jeremih, having signed to Virgin and Interscope in the UK and USA respectively, as well as a number 1 song he wrote for Craig David — all by the age of 25 — his accomplishments are testament to his passion. Having worked under the moniker LongLivThePlug, what’s even more intriguing than these achievements is the man behind them.
I caught up with Ebenezer in what was a very insightful, adept and engaging conversation.

Who is Ebenezer?
Ebenezer is a young lad born in Hackney, I grew up in Hackney and Tottenham who literally struggled most of his life with his family, just trying to make ends meet, struggling. That’s literally been my whole life, it’s just been a struggle.I’ve just been fortunate to have my boys who have supported me when I’ve had nothing. I’ve had my friends pay my bills for me, literally looked after me.

Is it a coincidence you share the same name as Nigerian juju music pioneer, Ebenezer Obey-Fabiyi aka Ebenezer Obey?
Yeah, it’s weird! It’s mad because my dad always used to play him in the car, like all the time! Yeah, he’s been a huge influence.

As a fellow musician of Yoruba descent, do you adopt any influence from the Nigerian culture in your music?
Yeah, some of the things I say are fresh [chuckles] but in terms of the culture it’s reflected in my music in the way I produce. I like to have my drums; drums are so important to me. They make my music very rhythmic and adds a nice groove to it.

You strike me as one of those artists who people are going to hit themselves wondering why they didn’t discover you before, and unfortunately, it’s the work of producers, not the artists’ whose work often goes unnoticed. Do you agree with this statement and would you say you are more producer/writer than a rapper?
Yep. And yes, I would say I’m both — I’m equally both a producer and writer- neither do I prefer one over the other. I would agree that producers don’t get enough recognition because there is a lot of music where it’s the instrumentals that are moving them; if it wasn’t for that beat, you wouldn’t enjoy the song as much if you get what I’m saying. Like the beat just goes off! And it automatically makes it easier to just gravitate to the song. If you can dance to it, you can move to it, you can bop to it — it’s just easier.

You’ve got one hell of a CV, including co-writing ‘Here With Me’ on Craig David’s latest album, ‘Following My Intuition’. What achievement would you say has been the highlight of your career?
Probably… [hesitates] that’s difficult. I’ve worked with Scott Storch, that’s a pretty amazing one. But really the best decision I’ve made so far is working with my friends — Tre Jean Marie, ADP & Craig David. That’s literally the highlight of my career.

How did you meet Rejjie [snow] and how was the creative process of the track, ’Flexxin’?
For Flexin’ they just sent me the song and said, “we’d like you to topline it… We’ve tried a few, tried some hooks, but [at the moment], nothing has really stuck… It hasn’t been that good.” I was in the middle of another song when they sent it to me but I said, “give me 20 minutes, I’m going to send something” and then I just literally made something really quickly and sent it back and thought it myself, “Now back to the other song now”. Next minute, “Ah we love this”. I said to myself (in a US accent), “Well gahdamn! I did not expect that!”

And that took you 20 minutes?!
Probably took me less because I record myself and I have to mix myself at the same time, so I recorded it and mixed it, did the vocals, and then wrote it. I work really quick. I remember a saying [I heard] when I was in L.A a few years back, I think it was actually in Atlanta, that goes, “If it’s slow, you gotta go”.

How did signing to Virgin & Interscope in the UK and the US respectively come about?
I’m going to have to hand that one to my team and management. I had played them some of my music and they said, “this is so dope, have you got any more?” So I sent them more and they came back and said, “this is actually really amazing”. Once they sent it to a few labels, I was in L.A and my manager played it to Tunji (Tunji Balogun, Senior VP of A&R at RCA), and he played it to a guy called Aaron Saunders and Aaron took us straight away literally after hearing it. If I remember, I didn’t even think he liked it because he didn’t nod or even head bop. He sent an email later saying, “yeah I want to sign him”. Direct. And I was like “shit!” And then I bumped into Glynn Atkins (A&R at Virgin Records) in L.A, who was like, “Bro, let’s talk”. To which I said, “sure, hit me when you get back”. As soon as I touched down in London… Virgin the way they move as a team, it was only right I went with Virgin because everyone else, was a bit… Although a lot of them tried to do right by me, and a lot of them did, but the way Virgin moved as a unit, the whole team together, from the head of Virgin to all the way down to someone who you wouldn’t say was necessarily the [most known] person there moved as a unit, and I respected it so much. They are all about ‘team’ and that’s what I stand for.

Wow, that’s a story for the grandkids…
[Chuckles] no doubt!

What are your biggest inspirations behind the music you write and produce?
I would say the great Kanye… Kendrick, J.Cole, Nas, Big L, Big Pun — the people who said something in music and made the culture shifts… When they spoke, people listened, it’s been central to the culture. Those people are my inspiration. I can play Nas all day. Prince — timeless music. These people; they shift the sound of music and Kanye was one of my favourites to ever do that in terms of the way he shifted the time of music, sonically always trying to push boundaries, you know, to take it to another level.

You are one of the very few people to get a call from producer No i.D. (!) How the hell did that conversation go?
Oh my God! Bro, listen, this man called him, he said, “Yo I’m a fan of your music”. I said, “What! How have you even heard my music? I didn’t even know my music travelled like that! Sounds like my music just booked a ticket to L.A or something!” I was like, “Damn!”. He even quoted my songs, so he actually did listen to my music. You know when people are like, “yeah I like your music, but they never actually heard a word of it”. Then he said, “when you get to L.A, call me, let’s work”. [There] I am star-struck, just in awe speaking to the guy who taught J.Cole and Kanye West just casually calling my phone. I said to myself, “Okay, I’m sold! I ain’t trying to argue here!’

I’ve had the pleasure of listening to Cliché, a track that will no doubt take you to new heights in terms of introducing some of your talents to the world. What else can we expect from Ebenezer in the near future?
You can expect some honest music, some truthful music that, without sounding cliche, that isn’t cliche. [Music] that still has the contemporary element of how music in our day and age sounds. One thing I didn’t want there to be was a disconnect; it’s just how you deliver your message to the audience. [That way] they can listen to the lyrics and it has meaning, and they can relate whilst still having a hard beat where they can bounce in the club with it, and they can play it in their cars super loud, drive doing donuts, or even whilst being chased by the police, whatever tickles their fancy. Just truthful, honest music.

Is there a full project on the cards?
Oh yes, there is! There is baby! There is! [Laughs]

Name 3 artists you’d love to work with.
Kanye West. I’d have to say…. J.Cole. Who else… It would be the Queen B herself. But then Jay-Z as well. And there’s J Hus, Skepta. I fuck with J Hus & Skepta, but Stormzy is my guy. Stormzy has always helped me out, always.

I can see Ebenezer’s production on those hard, coarse Stormzy lyrics
Trust me! Call Stormzy and make it happen.

Now I’m going to hit you with some quick-fire questions…
Hip-hop or Grime? Hip-hop

Producing or rapping? I can’t. I can’t. Both. It has to be both because I produce my own music and I rap over it.

Favourite footwear? Yeezys. Because we couldn’t afford it once upon a time, we had to all do what we do for that one pair.
VD: I guess all you need is one pair

A film that best describes you. Matrix Reloaded. And if not Matrix Reloaded, I would say Inception
Fresh off a collab with friend ADP and Jeremih, the Hackney/Tottenham native releases his new track, ‘Cliche’ which you can check here.

With an album on the cards, his highly-anticipated set for the Great Escape festival next year, and so many platforms for him to showcase his creative work on, Ebenezer is destined for greatness. Find his work now or you can bask in his glory when this man blows into the stratosphere. 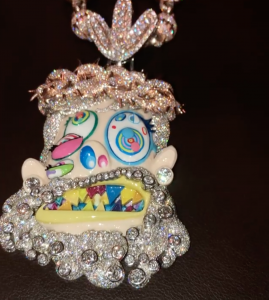 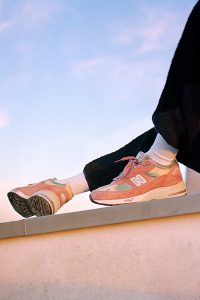 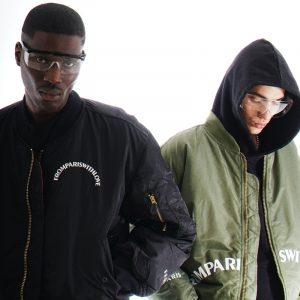 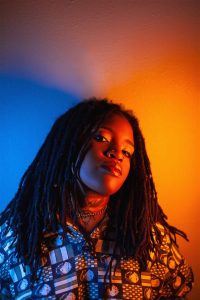 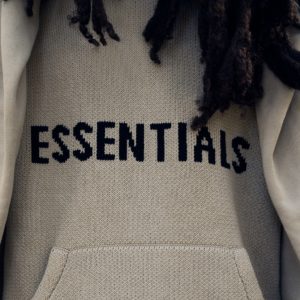 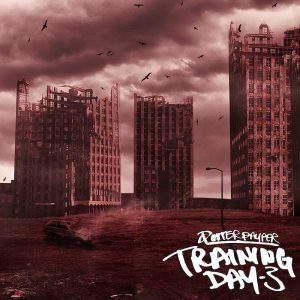