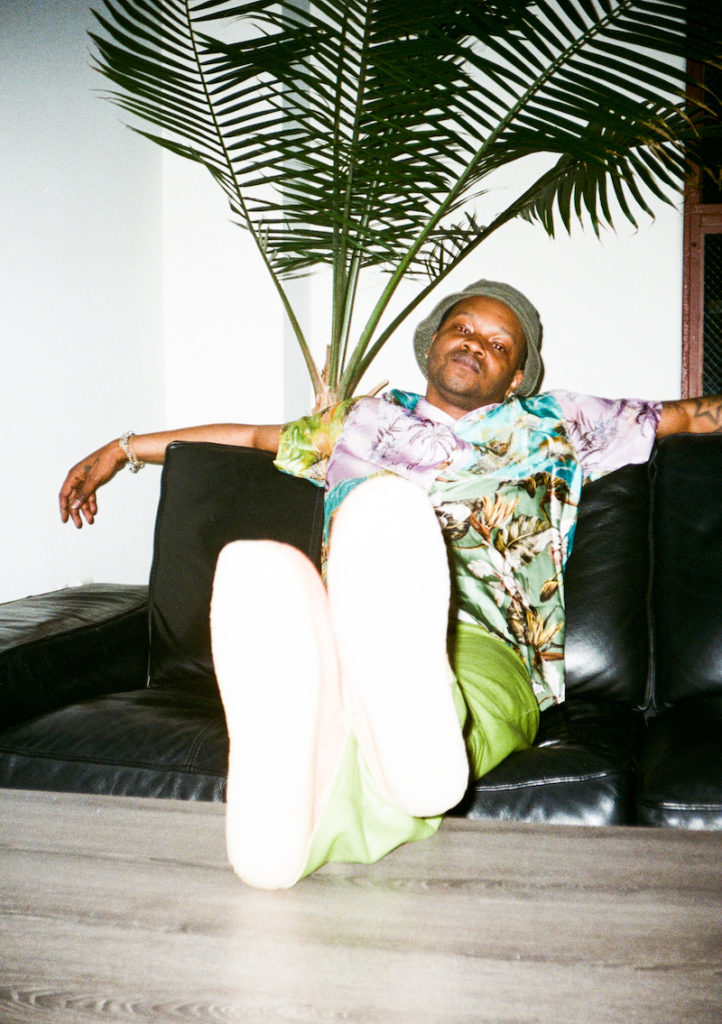 BJ the Chicago Kid has been a staple in R&B and Hip Hop music for over a decade, but the humble and wise artist is still pumping out fresh and intoxicating tunes. In addition to putting out several classic bodies of work, the Chicago native has also been known as the king of hooks. I first became aware of the Chicago singer back in 2016 when he put out his song ‘Church’ featuring a frequent collaborator, Chance The Rapper, while many first heard him thanks to his work with Kendrick Lamar, beginning in 2010.

He only works with artists he considers friends and family, which has recently included artists from the new generation, like Lucky Daye and Eric Bellinger. Among a laundry list of accomplishments, BJ has been a part of beautiful soundtracks from motion pictures like The Chi and Judas And The Black Messiah. In 2020 at the height of the protests surrounding the murder of Breonna Taylor, Polo G tapped BJ The Chicago Kid to recreate a classic Tupac-inspired track, titled ‘Wishing For A Hero’. Throughout quarantine he was able to constantly work on new music. On top of releasing a tribute to the late Nipsey Hussle, BJ just released a well crafted EP titled ‘4am’; amply named after the time he feels most creative.

VIPER sat down with BJ The Chicago Kid to discuss his new project, the state of the world and staying creative in quarantine…

How has the sound of Chicago changed over the years?

Honestly, one thing that hasn’t changed is the honesty. Chicago’s sound is really just being honest, whether it’s Chief Keef, whether it’s Curtis Mayfield, whether it’s BJ the Chicago kid. We all tell our truths from our standpoint, from our point of view.

When did you start doing BJ Wednesdays?

This has been a new regime as far as the last three weeks has been concerned. I just wanted to own a day and give people something to expect on a consistent basis and understand what’s new and going on with us.

At what point did you decide that you were ready to put out a project?

I’ve never been one of the single-driven artists. I’m more album-driven, even though I love putting out songs that they love. I’ve always been more of an album type of artist.

Why did you choose ‘4am’ as the title?

‘4am’ is the time that I’ve been up and been the most creative during this quarantine, before the quarantine too. Most creatives have a time where they’re most magically creative and while people sleep is my time to make the best stuff.

I always just try to have a close relationship with God, that’s how I was raised. That’s my strength, that’s my power, that’s my therapy, that’s my everything. To be totally honest, musically, I’m really just a faucet bro. So no matter what subject I’m speaking about, it’s really from a higher place.

On top of on top of doing BJ Wednesdays you’ve had a pretty eventful quarantine, collaborating with artists like Chika, being on the soundtrack for Judas and the Black Messiah and The Chi. Do you enjoy making soundtracks? Do you think you’ll ever executive produce a soundtrack for a movie or TV show?

Absolutely, yes and yes. I have a huge love for movies. Actually, The Chi is on my television right now, I have to hear how my song opened up this week’s episode. I didn’t get to see it this morning, so I turned it on and turned it up. But yes, songs are movies so of course all this is connected. Honestly, a song with no visual, will only leave you to your imagination. So from music videos, to TV, to movies, all of that kind of connects the dots to what the next level of music is.

More music than anything.

Quarantine has definitely allowed some artists to focus on music and master their craft.

As individuals we all have different things we’re dealing with, depending on how you deal with that, it allows you to be creative with it.

You’ve recently dropped singles working with new artists like Eric Bellinger and Lucky Daye, are there any other artists that you are excited about right now?

Honestly, when I’m creating in a heavy and consistent way, it’s hard for me to listen to newer music because we’re naturally sponges as creators. So I don’t want to sound like anything that’s out, or anything by mistake. So I’ve kind of just honed in and zoned into my own kind of thing for this moment, but I’m sure it’s just a phase. I’ll be back to the block.

Why did you choose Eric and Lucky Daye as collaborators on those songs?

We homies, they dope. I only collaborate with people I really rock with, that’s from the top of my career to now. So everything is authentic.

Last year you were featured on Polo G’s project ‘The Goat’, you guys recreated that classic Tupac song, ‘Changes’ on the song ‘Wishing for a Hero’. How did it feel creating such a powerful track, especially at the height of the Breonna Taylor protests and all the injustices in the world. How did it feel working on that song?

Honestly without Breonna Taylor and Atlanta, I’m honoured to touch something that Tupac has blessed and made, already amazing before we did it. It’s a responsibility you must uphold, the timing of everything is special. Like if you played ‘A Change Is Gonna Come’ by Sam Cooke, every word still fuckin’ makes sense right now. It sucks that the world is still in the same dumb ass state that it’s been in since then. Or Marvin Gaye, ‘What’s Going On’, all the words still makes sense right now. So I mean, we’re just doing our job that’s it.

Another artist from Chicago that I love that you collaborated with is Ric Wilson on the song ‘Chicago Bae’.

If I did a song with them I rock with them, Freddie Gibbs is my homie too, Schoolboy Q is my friend, Kendrick Lamar is my friend, Anderson. Paak is my friend. Nobody is excluded, I don’t really do things for a check. I want my fans to really have the most authentic experience. That’s what I’m trying to tell you.

Are you still friends with Ro James?

[Laughs] You funny as fuck bro, yeah Ro is my homie. We did a whole tour together called R&B tour. That’s my brother for life, we’re friends for life but quarantine has delayed seeing a lot of your favourite people together. We’re all going through this together, it’s the world holding hands. This is a process we are going through and also he has the career of his own, so I respect that and how he presents his stuff. We have songs together that are not released, if that’s what you’re asking. Yes, we will always be friends. That’s my brother, I love that dude.

If you were to be mayor for a day, whether it’s Chicago or LA, what would be your first order of business?

I would pay the teachers more, but I would also get with them to make sure that these plans are right; what they’re teaching these kids. I would definitely make sure the kids have other options to enhance their creativity. I would definitely do something in the neighbourhood where they form some type of incredible job opportunity to help families be able to eat with the help of their community, doing amazing things and the small things that do so much.

On the EP you did a cover of a song, ‘Fancy’, by The Dream who has a wildly extensive catalog. What’s your relationship with him and why did you choose ‘Fancy’ of all songs?

I met The Dream one time, I really don’t have a relationship with him. Singing this song was really paying homage to him and one of the dopest songs in R&B and of this generation. Honestly, that song is probably top 10, top 20 for sure. That song has been a part of a lot of the most fun nights in my life. I also like to do music that I think other people are afraid to cover or don’t have the ability to do and it continues to let you know what I can do. So many, many things in that one little act.

What’s something that you are personally excited for right now in 2021?

Honestly bro, just to be back releasing music. I’m a simple guy, I’m not a guy that needs the biggest and largest things. I’m just happy to be back, to have a chance to perform with my folks and celebrate with them and show them what I’ve been working on in the meantime, I’ll take that.