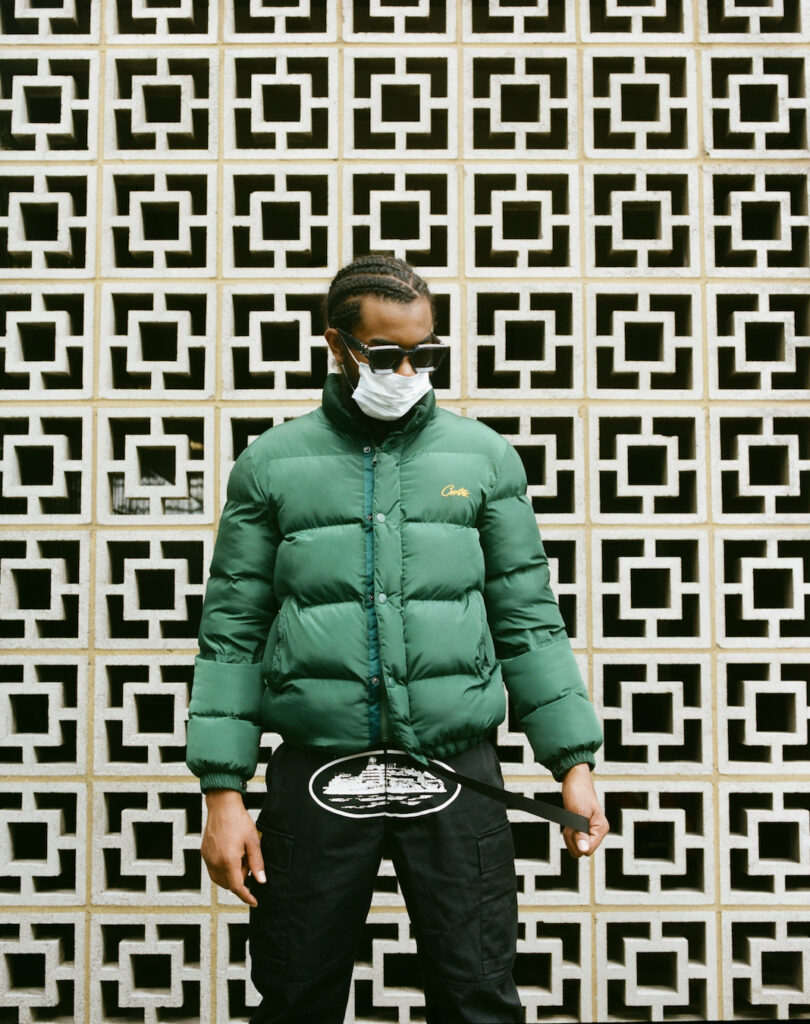 Having grown up around some of South London’s biggest names in Rap, DoRoad is rapidly rising up the ranks. Appearing in VIPER’s print issue, he talks the meaning behind his name and how he got started rapping…

Active in the music scene for just over a year, DoRoad’s swiftly become one of the most exciting names in UK Drill. Ask most people for their current top five rising acts in the scene and you can guarantee he’ll be in there. His affiliation with K-Trap and Youngs Teflon has cemented his place on a couple of recent classics – ‘Maths’ and ‘RRR’ to be specific. Considering the company he keeps and the fact he was crowned “DoRoad” by UK Rap royalty Smoke Boyz [fka Section Boyz], it’s no surprise we love his sound. VIPER spoke to the South Londoner about directing videos and why he’s not simply a Drill artist.

You’re one of the hottest tipped rappers in the UK right now. What is it that you’ve got that no one else is offering right now?

Boy, I feel like a lot of people ain’t themselves to be honest with you, I’m just me. Even me being unorthodox; I’ve been hearing that term being thrown around a lot, that the way I rap is “unorthodox.” I’m just different man – I can’t really explain it – I feel like I’m just me. Everyone’s differ- ent within themselves, I’m just giving them only me, no one else. I might sound like someone but I try not to and just stay in my lane.

You definitely have a recognisable style and flow though.

People say I have a distinctive voice.

That’s a blessing for a rapper. Was it important for you to stand out when you first approached making music?

I’ll be honest, when I first started doing music, it was just pure fun be- cause I was rapping about pretty much the same stuff I’m rapping about now. But it was a bit different, I was fully involved in what I was rapping about in those times. I was just rapping for fun, pure fun. I didn’t think about me coming in and sounding different or nothing. I done a little tune, got good feedback and was just having fun from there. I wasn’t thinking about it at all but it unfolded like that I guess.

What was the first aspect of music creation you tapped into, was it rapping?

I’ll be dead real, I’m gonna big her up still… so my sister actually used to MC back in the day when it was Grime and all that stuff. Yeah my big sister, from there I was kinda involved, she was a tomboy as well so she was out on the roads. I used to kind of look up to her as a big brother but she was hard at rapping. Then I wasn’t rapping or nothing, I was interested though, then I got to a certain age and Section Boyz came about. I was just around them, I was around a lot of different people in the industry. I would say my first dip into the music industry was with Section Boyz, I used to go to their shows and what not, be behind the scenes; Smoke Boyz formerly known as Section Boyz.

Do you feel those experiences of seeing the music industry up close helped you navigate better when you got into your career?

100%, I’ve seen a lot of things that happened to people in the past hap- pen to me now. I know how to manoeuvre around certain things and I know how to go about certain situations, that’s a plus factor for me.

You’re seen as a Drill artist but your music can often be more complex lyrically than Drill is known to be. Do you think of your- self as a Rap artist that’s not limited to one style?

I’m smiling under the mask right now, you hit the nail on the head. I don’t class myself as a Drill artist. I started rapping about Drill stuff because I was doing whatever, that’s what it was… but me now, from starting to rap to now, where I am now progressing, I don’t see myself as Drill, I’m an artist. I can do different sounds and jump in different lanes, I’m an artist not a Drill artist. I’m just good.

The shows man. Can’t forget 67 too, they’re the pioneers, they’re who started this shit and I would listen to them. We were out here all together, round them times I wasn’t really in music but I was fully involved in listening to music. When people hear me rap, I’ve still got that old Drill sound, they feel it. There’s a lot of wild memories from those times; I don’t wanna talk about some of them but we had fun.

Your ‘It Was Me’ video has that early Drill style to it, and it’s such a perfect song, visuals too. A lot of your early music was just straight Drill right?

Yeah they are Drill songs, that’s what it is. People saying I’m a Drill artist makes sense because I haven’t given them anything to say other than that but they’ll see soon.

You’ve got a big catalogue but no project yet, is that in the plans for 2022?

100%, I’ve got a project on the way, we’re working on that right now. Can’t wait to give it to them, it’s about time for a project, it’s time for me to show out and separate the boys from the men, that type of stuff.

Your flows and approach to each song stand out a lot from everyone else in the scene. How much thought do you put into switching up your flows?

It’s natural, I know a lot of people might say it’s not really as natural as I claim but it’s literally natural. I just get in the booth, I don’t write, it’s just whatever comes to me – if it feels right, it feels right. At the same time, everything makes sense. It’s magic.

Has that always been your studio style to not write anything down?

Yeah, if I’m gonna write something down, I feel like I lose the flow, I can’t explain. I can write things down but when I go in and just do me, it feels more natural, I just let it happen. Whatever’s meant to be will be. I’m blessed I guess. I get in my vibe, I might drink sometimes, it just depends what zone I’m in but it’s all based on my energy. So when I go into the studio, sometimes I might drink, I might get fired up, I might get more charged than usual and make a more energetic song than usual so it depends what mood I’m in.

Is there a song style that you think would surprise people to hear you make?

Who do you enjoy making music with most?

I’d say my favourite would be my peoples, K-Trap, Scribz [67], [Youngs] Teflon and what not. They’re my peeps who I feel comfortable around. It’s a hard one, I’d work with a few more artists out here but I can’t really give you any names right now because there’s a lot of them. I would say I’m more comfortable with my friends because we vibe. No one’s vibe is better than ours, I haven’t felt that so far.

You’ve all got such different styles, does that help you all push each other’s sound further?

Yeah 100% because we might hear a Tef[lon] tune and it’s just mad but it’s Tef ’s style. So we’re thinking we’ve gotta strive to go in the booth the same way Tef did, it does drive us. We’re all separate too, we’ve all got our own lane as well.