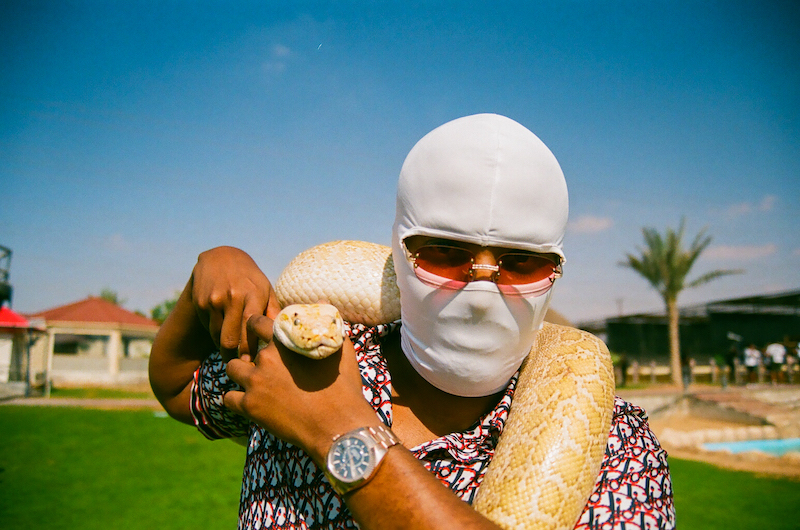 Meet wewantwraiths: The Humble Artist Rewriting the Rules of Rap

In the heart of England, Leicester’s wewantwraiths is serendipitously making his way towards becoming a game-changer in the UK musical arena.

His attitude towards his craft is unmatched on the scene right now, which became increasingly apparent as we spoke over Zoom. Much like the Rolls Royce Wraith – named after an old Scottish word for ‘ghost’ – the rapper remains shrouded in a layer of mystery. The mask, the name, the autotune, many aspects of wraiths’ image is that of someone who prefers to remain enigmatic; but what shines through as we speak is his captivating sense of gracious humility. Not only this but he is someone who is grounded in thought. Through his gentle demeanour he emits a seldom found but powerful sense of candour.

A second similarity to the lavish car is that wewantwraiths has a luxurious vision of his own. The artist is unsigned and he wants to keep things that way he tells me “I want to be able to own everything I’ve ever made during this period where I’m creating music… It’s very important to me that I keep my masters and I’m in full control of ownership and production.”

Lyrically he offers a catchy blend of compelling storylines and lavish living, bookended by personal narratives about his own experiences. His bars are that of someone who isn’t afraid to stick to the facts of life, such as with ‘Voices’, the track revolves around the sensitive topic of mental health wherein he depicts the toil of trying to make it out of difficulties and the eternal tender place in his heart for his family – “That was the moment I was dreaming while awake. Hooyo on the phone I just told her to pray for me” he raps. When revealing what helps him remain so vulnerable through his lyricism he explains, “I try to make it more relatable for the people listening. I will talk about the kind of stuff everyone might be going through.”

wraiths has a knack for taking the foundations of multiple genres and conveying them beyond the usual rhetoric surrounding money, cars and girls. In less than a year of his steady rise to fame, the Somali artist has developed his flow alongside an undeniably fortuitous take on creating music. After breaking onto the scene with his debut singles ‘Unforgettable’ and ‘Chanaynay’ in September 2020, the rapper was inundated with support, receiving over a million views. His debut was soon followed by an appearance on Kenny Allstar’s Mad About Bars series via Mixtape Madness which saw wraiths’ fame grow exponentially.

VIPER spoke with the affable and independent artist that is wewantwraiths as he shared with us some valuable nuggets of wisdom from his refreshing approach to creating music, the importance of integrity and following your heart, to the gratitude he has for the people around him.

People are saying 2021 is your year as an artist. Was this rapid rise something you were expecting? Or were you building towards it?

It kind of just happened. You know, I’m sort of going with the flow and taking everything as it comes.

Your layered melodies and bars definitely portray a story within them. How did you learn the techniques that you apply to your music?

I mean, at first, when I started, I didn’t really know how to utilise my voice. I was literally just talking to the microphone because I didn’t know otherwise and I think there was one day where I just said, “fuck it, let me put my chest into it. That’s when I realised I can do all this melody stuff” and I just kind of ran with it.

Is there any inspiration for that level of storytelling from any particular artists that made you think this is the kind of artist I want to be?

I think the American culture makes music look cool as fuck. I feel like they kind of inspired me, especially when I used to watch their videos and listen to their content. Also what I do is a bit different anyway, I think the reason my music is a little bit different is because I really try not to talk in derogatory terms about women and I don’t talk about money as much as I could. I like to try to be careful when I talk about certain things, I try to make it more relatable for the person and for the people listening. I will talk about the kind of stuff everyone might be going through. Rather than, you know, how these rappers just talk about the luxurious things in life and what things people can’t actually access and stuff. What I feel I do is I make it relatable for everyone.