[INTERVIEW] TOBI BROWN ON WORKING WITH CHUNKZ + HIS 2022 HIGHLIGHT 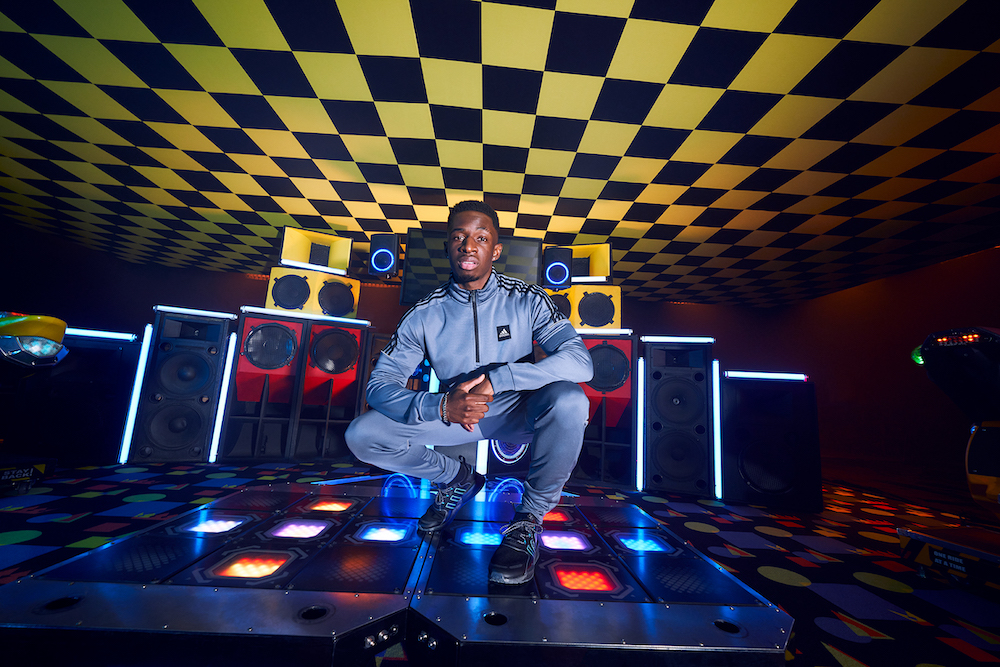 VIPER’s editor Victor Davies spoke to YouTuber and presenter, Tobi Brown on the set of the JD King of the Game Christmas campaign. We’ve got interviews with the stars of the advert dropping on site every day until Christmas, stay tuned for chats with R.A.E, PK Humble and more…

Yeah, I have a very busy week ahead so mentally preparing myself for that.

We’ve got the charity match. I tore my hamstring recently…

So you’ll be out for at least another three weeks right?

What would you say has been the highlight of the year so far?

Highlight of my year? Being on the Piccadilly Circus billboard. That was legit crazy! I went there and thought, ‘Wow, that’s my face’. Very weird.

What haven’t you done yet that you aspire to do? What’s on your bucket list?

I want to see the Northern lights. That’s number one. I want to go to space. Is that really weird?

And I want to go storm chasing. Okay, I’m crazy know that I’m hearing it.

You recently appeared in the Back to School campaign with Chunkz, what would you say was the funniest moment of the shoot?

At one point, there was a lot going on and they had music playing in the background. We were vibing and dancing to the music and the cameras were rolling but didn’t capture the moment, so we were asked to redo that moment on cam. But we simply couldn’t do it and couldn’t stop laughing. You know when you’re naturally having fun and then you’re asked to recreate it for the camera?

Who would you say your favourite United player is? Currently, now that we are in a better place…

I’m always going to love the GOAT Ronaldo, so let’s put him in a separate category. He’s not a player, he’s not human. I just love anyone that shows passion and fights for the badge. Right now, my favourite player to watch is Lisandro Martinez, and even Malacia. I love Martial, I want him to be ice-cold Martial again. Elanga I love, Garnacho I’m looking forward to seeing play more. McNeill is a baller and will break through soon.

How do you think we’ll do this season?
Champions league spot. We could win the league, but we are not playing like that. We could even get relegated. Anything can happen, it’s football.

What is your most treasured possession? Something that means everything to you.

Can I give a cop-out answer and say my health or my sanity?

I don’t think anything means everything to me. It would be a terrible thing to have everything in one possession. I like my car.

What would you say is your greatest achievement to date?

It has to be the billboard. I come from a council estate so seeing my face in Piccadilly Circus alongside Chunkz is nuts to me. But is that really an achievement, or did JD just put my face there? Or is that JD’s achievement?

Of course, how many could say they’ve done that?

Okay, I want to change my answer. My greatest achievement would be charting with my little brother and sister on a song we released.

Mmm… Who are the lengest girls I know?

Do you have any Christmas traditions?

I have a really big family, so all my family and cousins come over, probably like most people. But we have a BIG family, so everyone will come over and we’d eat, play games and vibe.

How are you enjoying the JD campaign?

I’m going to say I’m loving it. It’s fun, I’m having a really good time. It’s especially fun to be with KSI today because last year we both featured on the campaign but we weren’t together. This time we’re shooting together on the same day. It’s a vibe, it’s an honour to be doing this 2 years in a row. Or is it three years… wink wink. I guess I’m negotiating for next year too!

What arcade game are you confident you’d win every single time?

Basketball. I would smoke everyone.

And the worst L you’ve taken whilst competing for fun?

I lost to Jake Paul in a 100m race, just about. He had really good running form. But I turned it into a W right after and smoked him in the second race.

How do you convincingly beat someone who just lost in a race to?

You warm up to the occasion. In the first race, my start was good but I stumbled in the last few metres. But in the second one, perfect form all the way to the finish line. And I was jetlagged. And I didn’t use starting blocks like everyone else.

What was the occasion?

It was a charity athletics event. Now I have the title of second fastest entertainer in the world.

What would you say is the most important lesson you’ve learned so far?

I usually keep these written down in my notes.

Whilst you find them, what would you say is the greatest song you’ve created so far?

It’s not out yet. We’re waiting for clearance on that one, but I reckon it’s a summer banger.

Biggest lesson I’ve learned is not to care what other people think because in reality it’s not going to affect you. It really doesn’t matter. Whatever you do, people will always have something to say. And it’s not worth changing up for anybody. If they cannot appreciate you as you are, then they’re not worth it. I mean, I said it better than that in my head but yeah.

What advice would you give to a 15-year old Tobi?

Keep learning Spanish because that would come in very handy (wink wink). Playing a music instrument also comes in very handy and learn French whilst you’re at it.

When it’s all said and done, what do you want to achieve and what would you like the world to say about you?

Watch Tobi Brown in the JD Christmas campaign ‘King of the Game’, with JD exclusive product drops available online at jdsports.co.uk and in stores across the UK now.