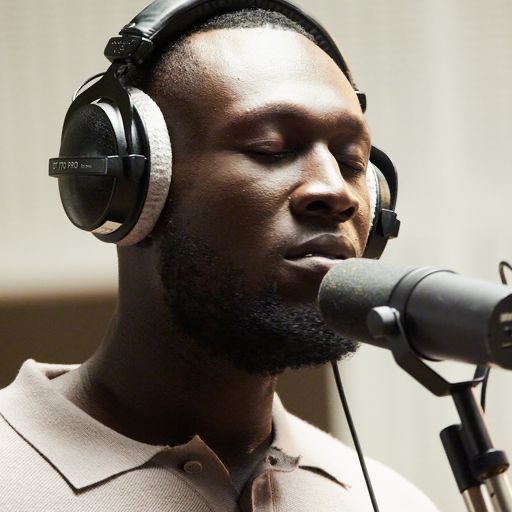 Peep these behind the scenes images alongside performance and interview footage from the iconic Abbey Road Studios in London where the track was recorded.

Following the release of Stormzy’s Amazon Original Orchestral version of “Firebabe” in November, Amazon Music have today shared behind the scenes images alongside performance and interview footage from the special record that took place at the iconic Abbey Road Studios in London.

The video sees Stormzy talk about feeling like he’s arrived, collaborating with Jacob Collier and Debbie on this track, and about the significance of ‘Firebabe’: “I don’t want my music to ever do a functional job, the role this plays, personally it feels like I’ve arrived” said Stormzy. “This song acts as a stamp of arrival to say I’m here now and I will be singing and I’ll be singing my heart out for as long as it feels good to my soul, I will do it.”

Alongside Stormzy, the behind the scenes video stars Jacob Collier and Debbie who also feature on his Amazon Original track. On collaborating with Stormzy, Jacob said: “Stormzy is a massive legend. He is physically massive but also just emotionally massive. I think people think of him as this titan who throws down and rules the Glastonbury stage. But I think we’re all following in the light of his heart. Working with him in close proximity you feel his sensitive and his mastery of his craft.” “We are making something special, something that has soul and feeling said Stormzy. That’s what we did, took a truth and made some art from it.”

On the recording taking place at Abbey Road Studios, Jacob Collier said: “So much of the music that for me as a person was recorded in this room. So to be able to bring this song into this room with this group of musicians, of all the rooms to do it in, this is the most undefeated room of all time.”

Speaking on writing Firebabe, Stormzy says: “Debbie, George (Moore) and I got into the studio and it was the most beautiful moment; a session I’ll never forget. We were making something that hopefully, God willing, lives forever. Something that has soul and feeling and it came from a really pure place. Jacob (Collier) was a key part of making the album and so it just made sense for him to put together the additional compositions for the orchestral version. He’s a genius and you can proper feel the Christmas spirit throughout it”.

In November, Amazon Music announced the expansion of its offering for Prime members, bringing them a full catalogue of 100 million songs and the most top podcasts available ad-free, at no additional cost to their membership. Prime members can shuffle play any artist, album, or playlist, including a wide variety of Christmas playlists and stations to suit all tastes. As well as our all-encompassing ChristmasMusic station, these include the MerryMix playlist, showcasing all the festive hits old and new, from Stormzy to Slade, and ChristmasPast and ChristmasPresent to satisfy fans of both nostalgia and new music. To soundtrack your festive season, simply ask “Alexa, play Christmas music” in the Amazon Music app for iOS and Android or on Alexa-enabled devices.