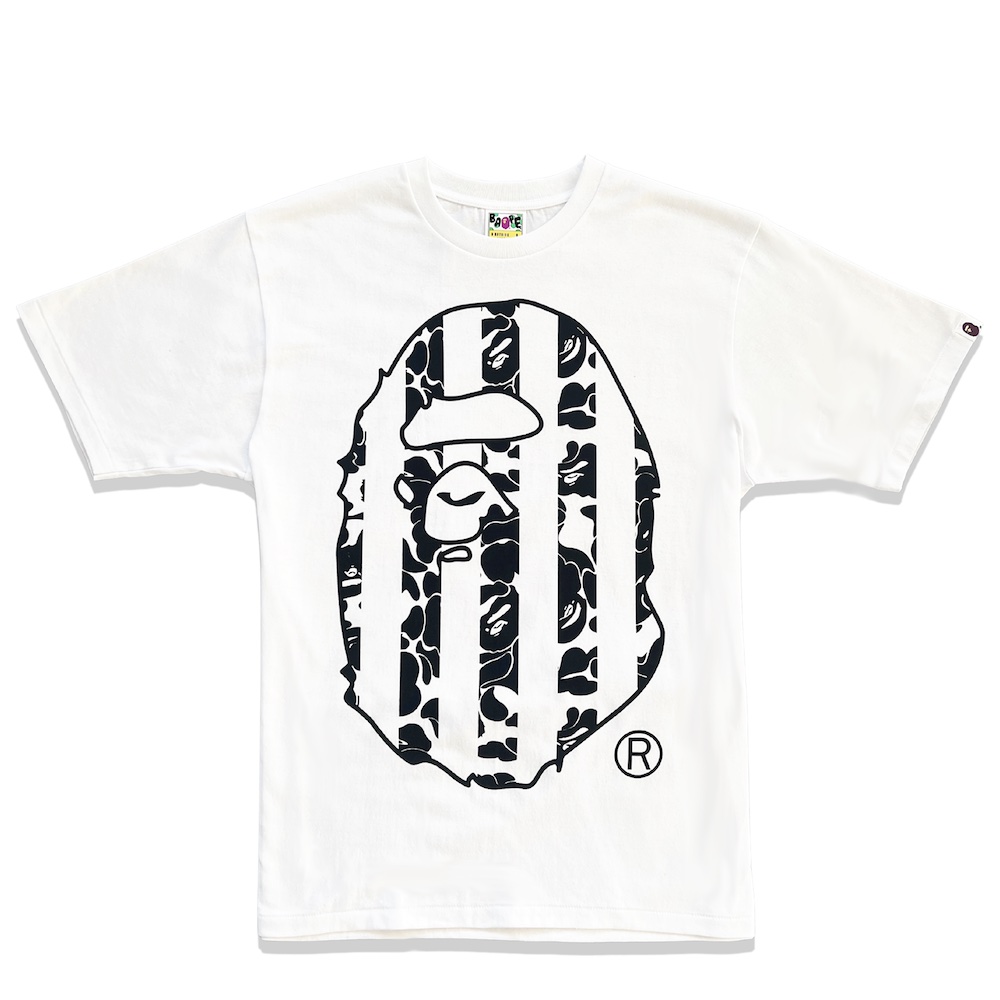 For their new store opening, Kick Game will exceptionally stock BAPESTA and other sneakers from A Bathing Ape / BAPE footwear. The sneaker retailer is cementing their relationship with Newcastle by stocking exclusive T-Shirts from the Japanese Fashion icon. This collection will be available at Kick Game’s Newcastle store, and will feature an exclusive drop of 100 T-Shirts available on the 3rd of December.

Kick Game’s new Newcastle location opened to the public on the 11th of November, marking a further expansion across the United Kingdom with an appearance from UK Rap royalty, and Kick Game ambassador, Fredo, who hosted a meet and greet at the store. The store can be found at Eldon Square, a premium shopping and dining location in the North East city. The store boasts a massive 1540 square feet of retail space, making it 25% larger than Kick Game’s flagship store in Covent Garden, and is stocked with over 450 styles of shoes, making it a go-to destination for all things footwear in the North East – an area where the appetite for luxury streetwear is only getting greater.

Born in the heart of Harajuku, Japan in 1993, BAPE has since become a symbol of Japanese street fashion for more than 29 years, and strives to introduce Japanese fashion culture to the world. The brand has designed a series of iconic motifs, original patterns and characters such as ‘APE HEAD’, ‘BAPE CAMO’ and ‘BABY MILO’, etc.

With over 40 stores globally, BAPE has been recognised as a symbol of street fashion and one of the most coveted and exclusive brands worldwide. Beyond apparel, BAPE has embraced lifestyle segments including art, furniture, toys, etc., allowing fans to experience the brand in different aspects of life. BAPE has also pushed the boundaries of limitless ideation across different cultures, successfully collaborating with established international brands and imprints as the uncontested influential lifestyle brand.

Kick Game has become inseparable from streetwear culture in the United Kingdom and is renowned for producing leading content across its YouTube and social channels. Recent films featuring leading artists Ed Sheeran, Central Cee, Fivio Foreign, M1ST, and Fredo have been watched millions of times over. Moreover, Kick Game is expanding into the world of sports, with recent ‘Sneaker Shopping’ episodes featuring Premier League footballers Michail Antonio and Eddie Nketiah racking up hundreds of thousands of views between them.

As a result, Kick Game is driving demand for limited edition sneakers and streetwear clothing and is targeting sales of well over £50 million by the end of 2022.  Streetwear is gaining momentum across the globe and Kick Game is eager to increase visibility and accessibility of high-end, rare sneakers on the UK high street, Europe, and further abroad, and the sneaker outlet is going from strength to strength as it approaches its 10th anniversary. The exclusive line on T-Shirts is demonstrative of the North East being a sought after location for streetwear, and they will be available on the 3rd of December.