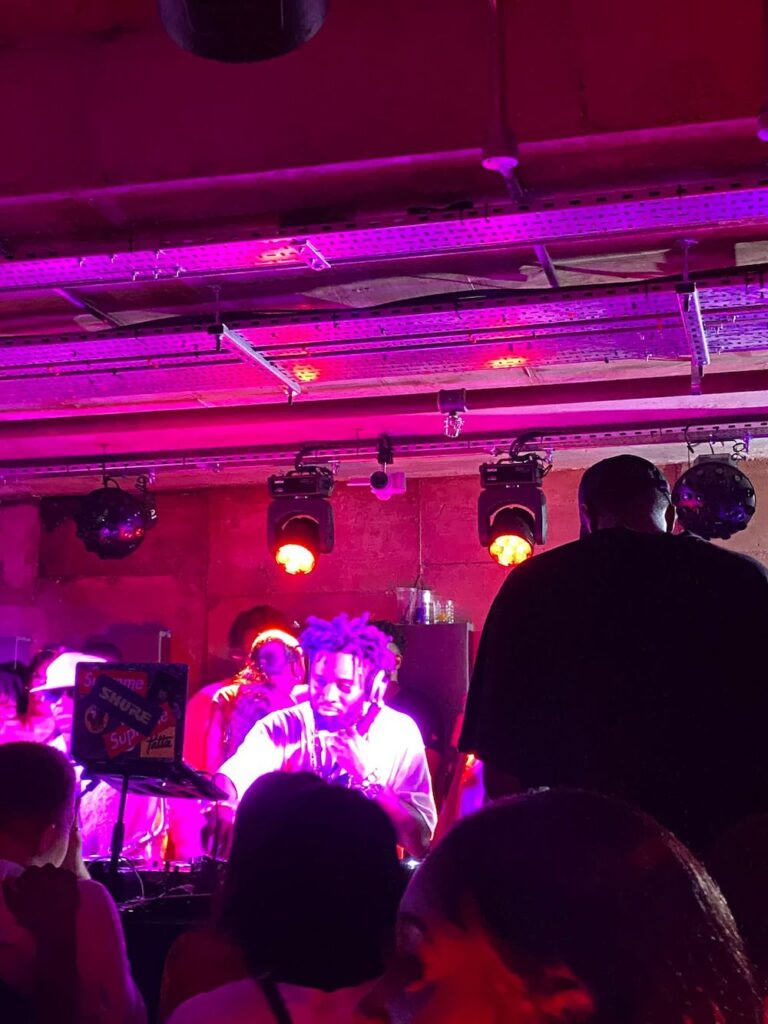 The cultural significance of ‘Sounds of My World’ as one of the greatest assembles of music ever created by a British producer should not be understated. A timeless classic that delves deep into the reverberations of what African music has become today, the album has inarguably helped broadened the horizons of African music stage and has been a catalyst for its boundless growth.

One the eve of his birthday, surrounded by his nearest and dearest, Juls marked the one year anniversary of an album that has helped innovate the contemporary diaspora of African music in style. Juls paid homage to the likes of DJ Neptizzle and DJ Larizzle who helped him learn his craft in his early years, and everyone that had supported him on his journey.

Juls is a British-Ghanaian producer, a national treasure of both countries — ode to how his culturally-soaked sounds have merged two different parts of the world that have historically created music in parallel to one another. During the last decade, Juls’ catalogue has been an essential part of the renaissance of Afrobeats music. So much so, that artists have queued in their masses for the opportunity to work alongside the revered sound engineer — from Afrobeats kings Wizkid & Burna Boy, to London’s very own Knucks and Donae’o.

The never-ending list of features perfectly sums up the legend Juls has become over the years with his vibrant and wide-ranging sound. So much so that working with Juls has become a prerequisite in the careers of many artists we love to listen to. It’s the reason why Juls has managed to stay in such high demand. Not working with Juls is like going to Paris and not seeing the Eiffel Tower, or deciding against taking a picture under Tower Bridge when you visit London.

If you took a few minutes to name your top five Afrobeats gems, I’d bet that you’d probably find that Juls is responsible for at least one track – but do take the time to prove me wrong if it means you unearth a couple more jewels (pun very much intended). I can also only imagine the similarities between your surprised reaction and the crowd’s faces as Juls presented his deep repertoire of era-defining classics on the night, with the unanimous reaction of “wait, this was Juls??”’.

Disclaimer: if ever you want to consider yourself a mainstay artist of Afrobeats and are yet to cross paths with production by Juls, you may find that you still have a way to go.

Juls has quietly gone about collaborating with the most renowned pioneers of the genre, making him a mainstay since breaking onto the scene with the production behind ‘Feel Alright’ by Show Dem Camp. ‘Behind’ perfectly encapsulates the nature of Juls — his rich percussive production delivers a genre-defining canvas that demands the utmost from artists. In a time where most producers stamp their brand at every given moment (word to DJ Khaled’s hallmarked quote, “another one”), Juls has built an Afrocentric catalogue of music royalty without the need for spotlight.

Ultimately, his music has done the talking.

;Sounds of My World’, as the title suggests, is an incredibly crafted curation of beautiful sounds from not just Juls’ world — it is the masterful illustration of all of our worlds combined.

Juls has released the deluxe version to Sounds of my world. Relive it below: