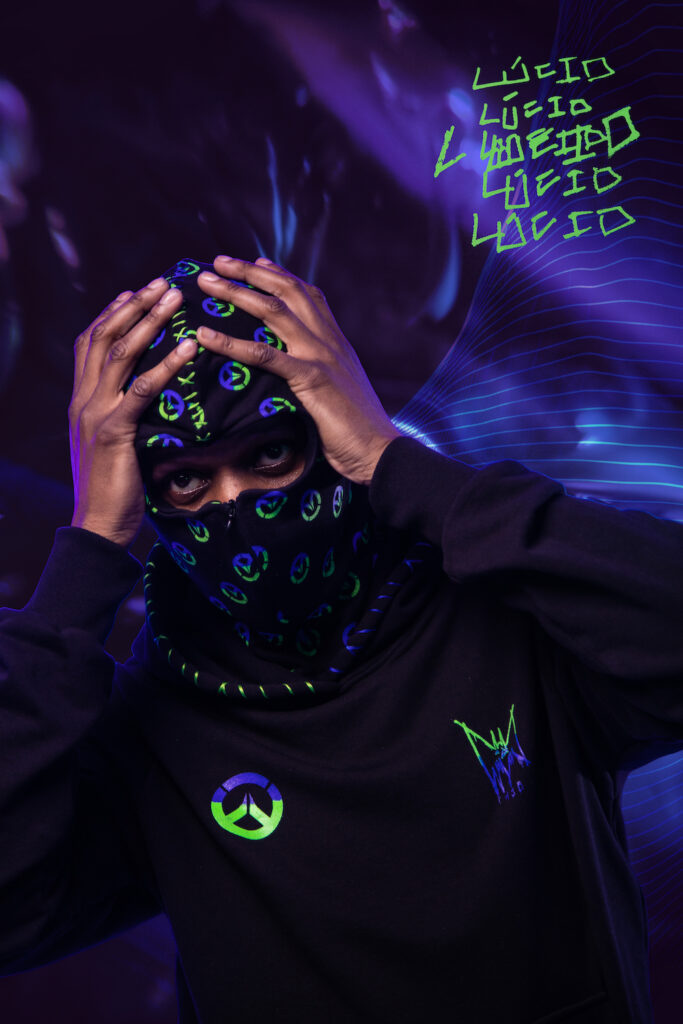 MJB is known for its close ties to music, so it’s no surprise that Creative Director, Marc Jacques Burton opted to host a night of live performances to mark the launch of the collection.

Actress, model and singer Suki Waterhouse opened up the night performing two tracks from her new released EP ‘Milk Teeth’. Suki stunned in a large red cape with a lightning print, based on Kiriko from Overwatch 2.

Hope Ikpoku Jnr, known to many as ‘Aaron’ from Top Boy sang ‘Stop the Rain’ and ‘Uni,’ showing how multi-talented he is. He opted for the windbreaker set from the collaboration inspired by the hero Genji.

Rapper Giggs closed the night with his performance rapping ‘Lock doh’ and ‘Talkin’ da hardest’. He was also wearing the MJB X Overwatch 2 collaboration which was based on the character Lúcio.

When talking at the event, Marc Jacques Burton, the Creative Director of MJB said: “Video games, fashion and music are all incredibly interrelated now. For tonight, I wanted to combine all of these elements when launching the MJB X Overwatch 2 collection.”

He continued, “The core message from Overwatch is that ‘heroes aren’t born but made’. I wanted to find real life examples of this. The performers tonight Giggs, Suki, Hope and Darkoo have all shown what can be achieved through hard work and self-belief. They have been able to live their dreams and become heroes to many of us. I really appreciate everyone who has supported the launch of this collaboration here tonight at The Cinema in Selfridges.”

For the campaign, the best of British talent from the music and film worlds took part including actress Wallis Day, rapper Giggs, actor and musician Hope Ikpoku Jnr, and Afrobeat singer Darkoo.

Check out some the collection below, and head to