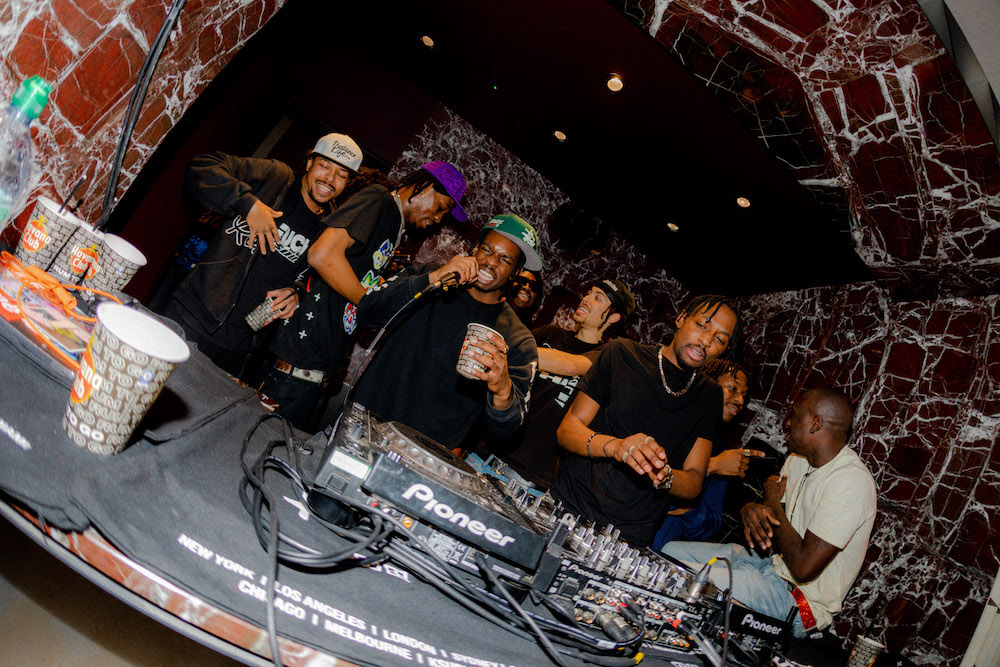 Global streetwear brand KSUBI hosted a celebration on 11 November, ahead of the opening of their first standalone UK store on Saturday 12 November at 10 Carnaby Street in Soho, London. Hosted by disruptive ‘con-artist’ SLAWN, the event also celebrated the launch of a limited-edition collaboration between the London-based artist and Ksubi.

Tastemakers from music, fashion and media packed the Carnaby Street store for the event. Guests enjoyed drinks from Havana Club and wings from Wingstop, whilst a lineup of performances from Slawn’s friends featured DJs Kim Turnbull, and rappers Nippa and Trill Tegg.

The opening of the London store marks a milestone in the brand’s expansion in the UK and Europe. Established in 1999 in Sydney, Australia, Ksubi was born from a creative collective who began making clothing out of a spirit of individuality and authenticity. Now 23 years in business, the brand has expanded into a global movement, fuelled by its loyal celebrity fan base ranging from artists such as A$AP Rocky and Travis Scott, with the US becoming its primary market.

Working in partnership with renowned London-based design consultancy Brinkworth for the London store design, 10 Carnaby Street is set to become a retail destination for Ksubi’s European customers. The distinctive and unique concept celebrates Ksubi’s rebellious spirit combined with its luxury presence, creating a harmonious contrast between its distressed and premium materials.

Launching exclusively at the London store, the Ksubi x Slawn collection joins a lineup of previous Ksubi’s cult collaborations with names such as Travis Scott and artists Hidji and Slumpy Kev.

Featuring a “FUCKSUBI” logo as a play on his signature “FUCKSLAWN”, the KSUBI x SLAWN collection includes three t-shirts and a hoodie from Ksubi’s signature 4×4 range, all which feature one of SLAWN’s trademark characters designed exclusively for the Ksubi collaboration. The collection will also feature 40 hand-painted and custom designed 1/1 denim pieces, created by Slawn on Ksubi’s signature Chitch and Anti K men’s denim styles. The denim pieces, created as one-offs, will be collectible items and available only at Ksubi’s Carnaby Street Store.

To celebrate its first day of trade, Ksubi London will be selling the collection exclusively for 24 hours on Saturday 12th November. The collection will then be available to shop online via special access to customers who have registered at https://ksubi.uk/pages/ksubi-x-slawn from Sunday 13th November 9AM BST.