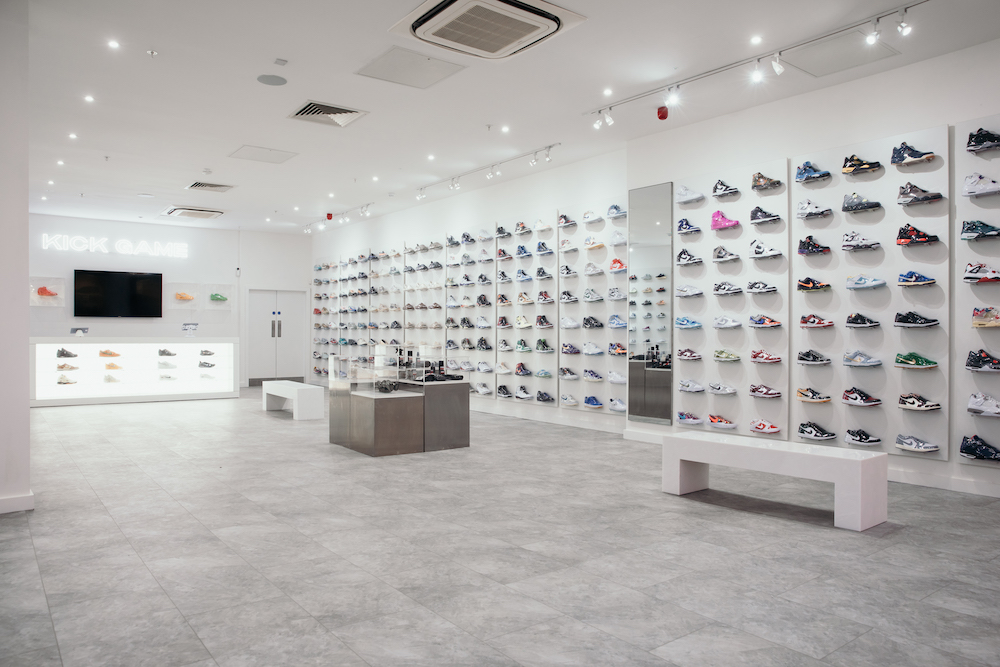 Kick Game has opened a new store in Newcastle today, and it marks the brand’s city debut, joining stores in London, Manchester, Birmingham Leeds, and Liverpool. The luxury retailer will offer exclusive sneaker and streetwear collections from renowned sportswear brands such as Nike, Supreme and Off-White.

The store opened today at Eldon Square, a premium shopping and dining location in the North East city. UK Rap royalty Fredo was present to cut the ribbon at the opening, and also hosted a meet and greet at the end of the day. The store promises to be abuzz with activity and will be host to appearances of influencers and sneakerheads across the opening weekend.

The Newcastle store boasts a massive 1540 square feet of retail space, making it 25% larger than Kick Game’s flagship store in Covent Garden. The store will be stocked with over 450 styles of shoes, promising to be the go-to destination for all things footwear in the North East. The market for Kick Game’s products in Newcastle is well established, as you only have to look at the success of END clothing to see the foundations of the streetwear community.

“Bringing the Kick Game brand to Newcastle, along with the customer experience and access to exclusive products that we provide, is an extremely exciting moment for us. Newcastle has been on our radar for sometime, and we’ve finally found a store space and location that will showcase the incredible sneakers and apparel we source very well.”

Kick Game has become inseparable from streetwear culture in the United Kingdom and is renowned for producing leading content across its YouTube and social channels. Recent films featuring leading artists Ed Sheeran, Central Cee, Fivio Foreign, M1ST, and Fredo have been watched millions of times over. Moreover, Kick Game is expanding into the world of sports, with recent ‘Sneaker Shopping’ episodes featuring Premier League footballers Michail Antonio and Eddie Nketiah racking up hundreds of thousands of views between them.

As a result, Kick Game is driving demand for limited edition sneakers and streetwear clothing and is targeting sales of well over £50 million by the end of 2022.  Streetwear is gaining momentum across the globe and Kick Game is eager to increase visibility and accessibility of high-end, rare sneakers on the UK high street, Europe, and further abroad. This is the 7th Kick Game store to open and the sneaker outlet is going from strength to strength as it approaches its 10th anniversary. The arrival of Kick Game in Newcastle looks set to be the start of a streetwear revolution in the North of England.