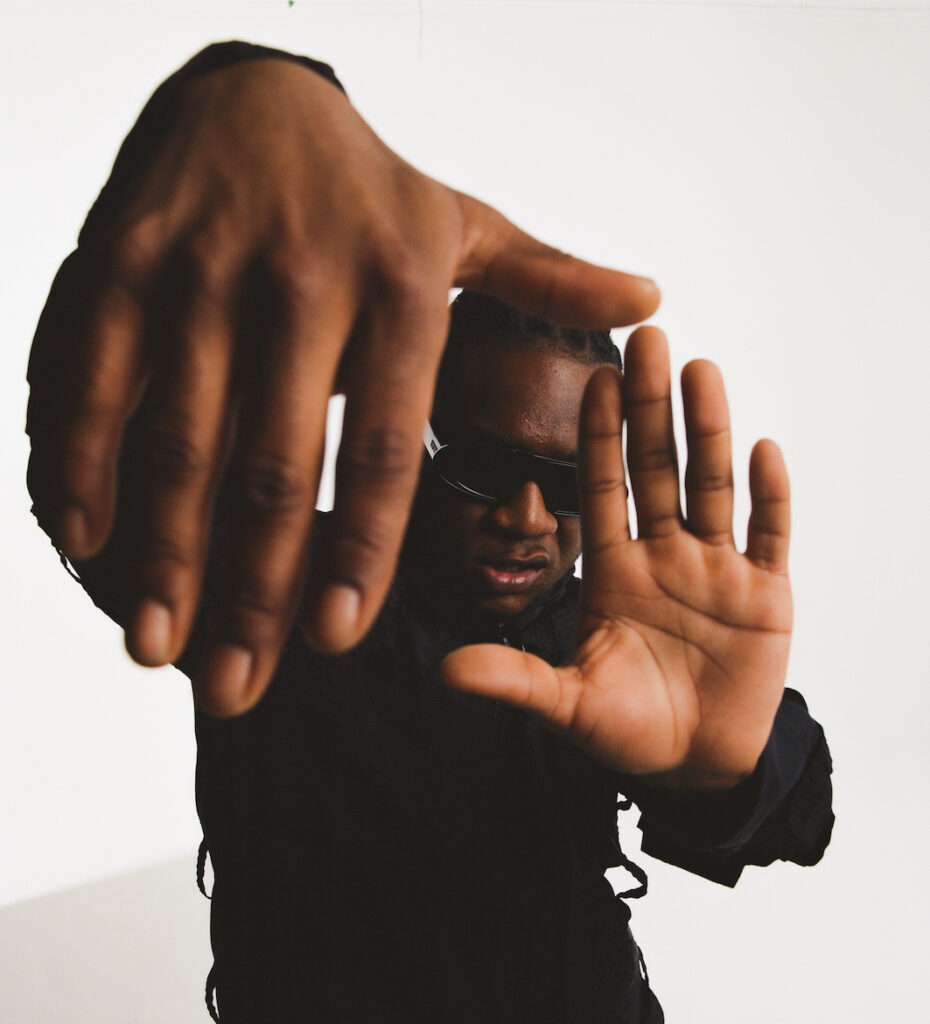 One of the UK’s brightest production talents, P-Rallel talks to VIPER about his debut EP and why alternative music is shining right now…

P-rallel has positioned himself at the forefront of a new wave of alternative UK Rap music. The West London artist has taken influence from the pulsating grooves of 2000’s Garage, Funky House and even elements of Jungle to create his own brand of musicality without the traditional limitations of genre. P-rallel grew up around music, taking inspiration from his DJ father. Behind the decks is where the

artist’s musical journey started and it still informs a lot of his musical output to date. This foray into mixing gave P-rallel his break, as he began working as a tour DJ for rising stars Lava La Rue and Jeshi, with the latter opening for Slowthai on his UK Tour. As P-rallel is best known for his multi-dimensional beat-making, a lot of his work is based in collaboration. This led him to work with some of the most exciting talent coming out of the UK right now, from Soul songstress Greentea Peng to electric alternative rapper Sam Wise. P-rallel certainly has an eye for talent and it seems as though he will be a pioneer for the next generation of UK Rap artists. This was also made apparent when he formed the Elevation/Meditation Collective, which he started alongside rappers Lord Apex and Finn Foxell.

The group started off by throwing parties in London, but P-rallel and the found- ing members have bigger plans to expand the collective into a record label. In a time where so much UK Rap music is seemingly dominated by the scene’s biggest names, P-rallel has taken it upon himself to move away from the ‘painting by numbers’ Drill tracks or beat-making which relies on lazy samples for TikTok streams. There’s something more personal to P-rallel’s music, which is a huge achievement considering that the vocals on most of his tracks are performed by a featured artist. UK Alternative Rap is on the precipice of breaking through into the mainstream, as seen by the reception to Kojey Radical and Knuck’s recent releases. P-rallel has asserted through his excellent musical catalog that he’s going to be extremely important in leading this new wave. VIPER spoke to the artist following the release of his latest EP, ‘Forward’, which features the likes of Venna, Kadeem Tyrell, Fredwave and more.

What would you say your influences are?

The music that I grew up on, so a lot of 90’s stuff, a lot of 2000’s stuff. Music is the life that I’m living right now. The experiences that I live, the people around me. Generally speaking, it’s kind of just life itself that has a big influence on my music.

Can you explain your involvement in the Elevation/Meditation Collective?
It’s literally just a group of friends who do music. We will help each other out in any way that we need creatively, advice or doing shows, anything. We’re kind of a family, we definitely plan to start releasing music soon together as well. I think Elevation/Meditation itself is still very early days, I wouldn’t say there’s much stuff there set in stone yet; there’s a lot to cover. I think what we can build on is the events that we used to throw back in the days.

It feels as if there’s a new movement in the UK surrounding Alternative Rap. Do you feel like you are a part of something which is going to be a lot bigger very soon?

Yeah, I mean it’s not popular at the moment, but I feel like once it does get popular, it could be Pop music because it’s so broad. And so everyone kind of does their own thing within this whole scene. This whole subculture, it’s destined for greatness for sure.