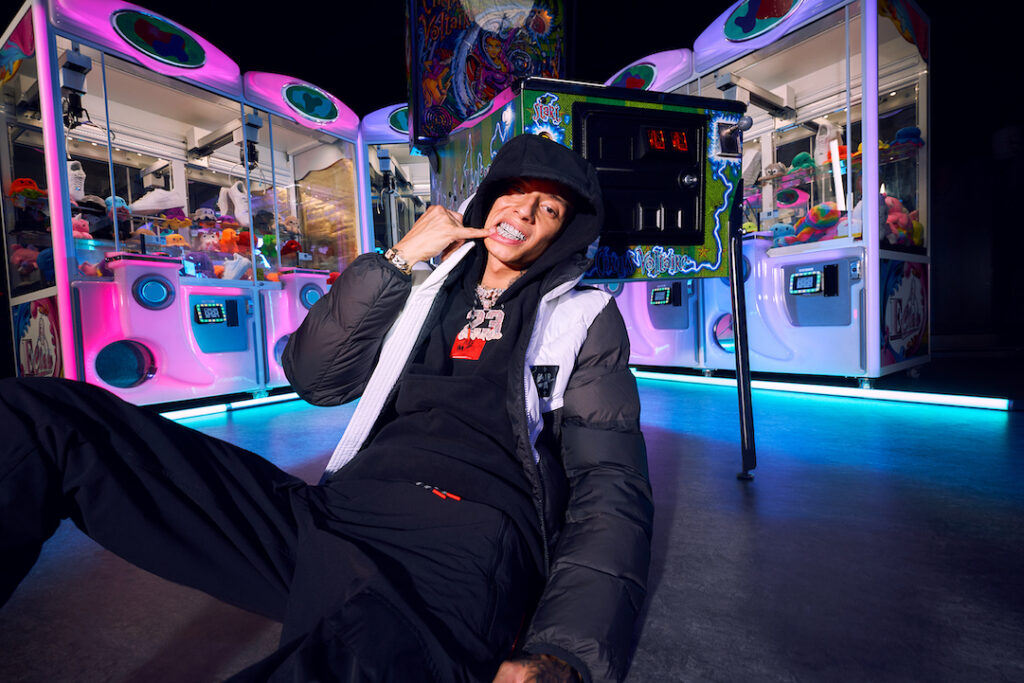 JD, the leading retailer for youth fashion and sports brands unveils its Christmas campaign – ‘King of the Game’…

Staying true to its roots, JD heroes the best in British youth culture, with this year’s campaign celebrating the spirit of competition and the magic of Christmas. JD believes that competition creates kings – whether you’re performing on the professional stage, creating beats in your bedroom, or competing with your friends to have the freshest winter sportswear look, JD has you covered this Christmas.

With the Lioness’ celebrations still fresh in our memories and FIFA World Cup around the corner, there’s competition in the air. JD has drawn inspiration from these competitive moments to create this year’s blockbuster Christmas campaign. ‘King of the Game’ is an invitation for everyone to be king in their own chosen pursuit, inspired by an eclectic line-up of British youth superstars defining sport, entertainment, and music culture right now.

The campaign is rooted in authentic, real-life scenarios – from JD in the local shopping centre to the ultimate teenage hang-out, the ‘JD Arcade’ – where competition and Christmas shopping are rife.

The TVC opens with our favourite JD protagonist, Cole Wealleans-Watts (actor), Christmas shopping with his family. Just as the boredom kicks in, he spots Chunkz (YouTube star & presenter) who’s ushering him to step inside the ‘JD Arcade’.

Cole proceeds to enter a magical JD Arcade dreamworld, where he immediately sees YouTube’s finest Sidemen, KSI and Tobi Brown, challenging each other on the dance machine. No one is close to defeating TikTok stars Ethan Matthews and Laurie Elle, who are dominating the dance-mat battle with their signature viral moves. New Gen RnB singer Amaria BB slides out from behind the booming sound system on a motorbike, ready to go head-to-head in a racing game with Mercury Award nominated artist Kojey Radical. As Cole continues, he comes across British rappers Bugzy Malone, Knucks and Arrdee slugging it out on the air hockey table. Top Boy’s Jasmine Jobson makes a special appearance alongside Trent Alexander-Arnold (Liverpool F.C. / England), as they try their luck on a streetwear claw machine.

Nadia Kokni, Global Group Marketing Director, JD, comments: “JD has always been at the forefront of progressing youth culture. As the number one destination for sports fashion, we’re excited to unveil ‘King of the Game’ this Christmas. This year’s cast list demonstrates that JD takes pride in spotlighting and supporting talent that are pushing boundaries and hustling to be at the top of their game. The campaign brings to life the power of competition in a fun and festive way that everyone can relate to, reinforcing JD’s position as undisputed at Christmas”.

‘King of the Game’ launches in JD stores, shopping malls and high streets for all your sports fashion essentials this Christmas. Throughout November and December, the ‘JD Arcade’ will be rolled out via a retail tour across Newcastle, London, West Midlands, Bristol, Manchester and Glasgow, where classic arcade games will feature in JD  stores and instant prizes can be won. For more information on when the ‘JD Arcade’ will be in a store near you, stay tuned to JD’s social channels @jdofficial.

The JD Christmas campaign comes with JD exclusive product drops available online at jdsports.co.uk and in stores across the UK.