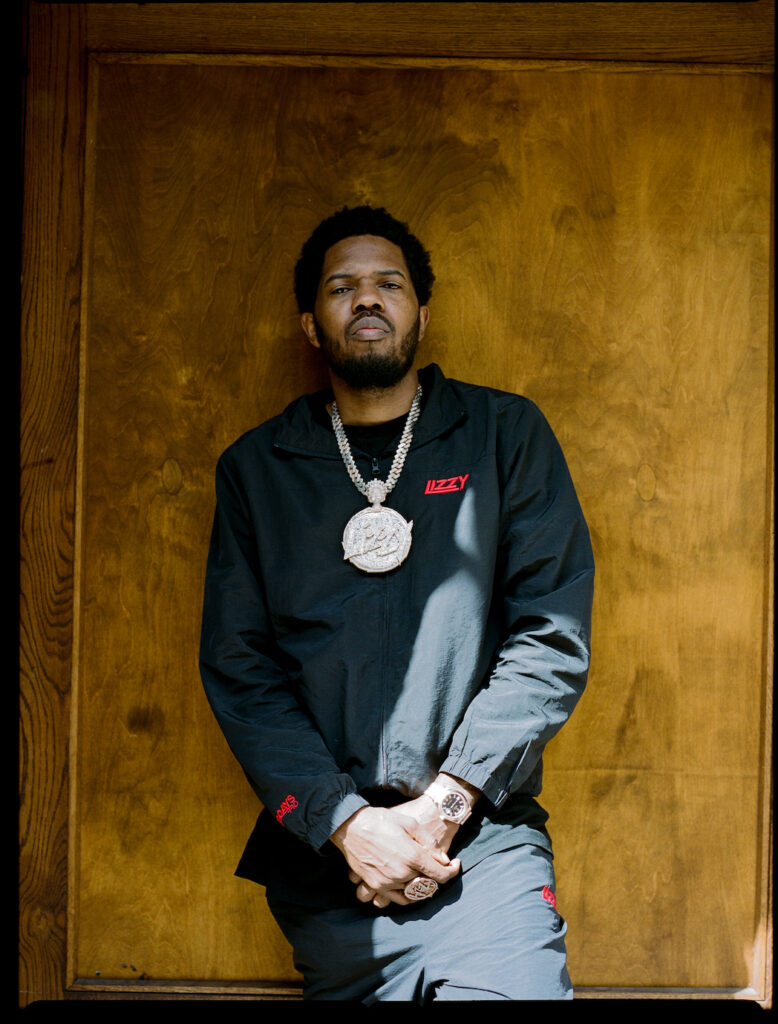 Stay Flee Get Lizzy is

With two decades of music industry experience under his belt, Stay Flee Get Lizzy has cemented his legacy as an artist, A&R and record label owner. Having broken into the London music scene using the moniker “Sincere” – the multitalented entrepreneur was an important player in the breakthrough years of UK Rap. More recently, the North London native has made waves as Stay Flee Get Lizzy, crafting future classics with some of the newer Rap talent enter- ing the game. As the manager to Fredo and Knucks, amongst others, he’s a key figure in Britain’s music scene. He sat down with VIPER to discuss his upcoming album, dream features and the importance of his Jamaican heritage in his creation…

What do you define yourself as?

I’m a creative entrepreneur, I’m a musician at heart. I’m in the studio now with an artist that just signed to my label, Chi Virgo. The love of music is still the main thing for me, but obviously I came up in an era where you had to be your own manager, your own label, so I was forced into being an entrepreneur. If the business was the way it is today, when I started rapping a few years ago, then I wouldn’t be as business savvy as I am, because I wouldn’t have needed to be.

What’s the biggest change you’ve seen in the UK music scene since you started out?

I love the fact that there’s not much of a glass ceiling or boundaries anymore. Before, if you weren’t on certain radio stations or if you weren’t on certain playlists then you didn’t have a career; there was a real glass ceiling. But now with the Internet, anyone can come out, make a song and blow up and they can have a career. So I definitely like how open it is, like anyone can get involved. If you’ve got a TikTok, if you’ve got an Instagram, if you’ve got a YouTube channel, you can get involved and put out music and your life can change. I definitely like the fact that it’s more of an open market and people love to choose what they like. Before people were fed with this much music [of this genre] on the Radio 1 playlist, this much was on Capital and people were told what to like. Now people can just pick up their phone and find things, I like that about it.

With so much music out there today, when you’re putting a song together, how do you make sure it stands out?

Now I feel like you almost have to go back to how it was back in the day, the song comes out first, then you drop some content around it, then you do a video, then you do a behind the scenes, you’ve got to do more now. I think about three or four years ago, we got to a place where you could do the video on the same day as the release and everything was on a Thursday. I think now you need to stagger things because it’s a fight for attention, so I think the way to do things now is to slow down the process of things happening. You can’t just throw things out like that anymore and expect it to stick; you have to work to make it stick.

You’ve been selecting the best up and coming MCs, are you a bars man before anything else?

Yeah I look out for the bar-ers. I guess with the album I’m putting together, I also want it to be eclectic and show different sides of what we do in the UK. Yesterday I was shooting a video with Lancey Foux and SL and my single previously had DoRoad, the one before that was Kwengface and the one before that was Central Cee and Fredo. My next single to come out is Cityboymo and Gdup, then I’ve got a single with Clavish, then I’ve got a new artist on the album. I’m in the studio with Chi Virgo and I’ve got her and Knucks on a record and then I’m working on another record. The album is kinda what I like, that sounds kinda arrogant but I listen to different music and I want to show a different side of Black music in England as well, I didn’t want it to just be like, “kill kill kill, Drill,Drill Drill.” It’s just showing a different side and if you’re sick, I want you on the album as well. It doesn’t matter what your subject matter is, as long as I think it’s sick. I’ve got John Glacier on the album as well, she’s dope.

I love Drill but people often think of it as an un-lyrical genre, but you selected the more lyrical of the Drill rappers to work with, like DoRoad and Kwengface.

Knucks is an impeccable lyricist too.

I’m trying to champion him, obviously I manage him so he’s someone that I’ve been pushing for years. I wanna make an album that’s got Fredo on it – who I used to manage – and Knucks on it, completely different rappers but they’re both great in their own right. I guess you’re right, it is about bars because they’ve both got that talent. Yeah undisputed talent is what they all share.

Do you find that having experience as both the artist and the manager behind the scenes, there’s almost two personalities to what you do?

Definitely, there’s two sides, I’ve kinda been forced into that from early, from managing myself and from being my own label. The same label that I put my first record out on, ‘That’s Not Gangsta’ is the same label I released a top 20 single on last year with Central and Fredo, like 15 years later.

What inspired you to maintain the label for so long?

Number one I had to start it because the first record I ever rapped on was with Skinnyman, an iconic legendary UK rapper from the same area as me, Finsbury Park. Skinny was my guy, that was the first song I was ever on, but that was a time when major label record companies weren’t funding UK Rap – I think More Fire Crew had been signed at the time; So Solid. There were people that signed Dizzee and Wiley, but they weren’t signed as UK rappers at the time because they were different; they were Grime. There were scenes – like you had Klashnekoff, Skinnyman and Jehst, then you had the Grime scene which was differ- ent and then you had road Rap – PDC, Giggs, SN1 – that came a little later and helped to merge it. I think Giggs and Skepta collaborating really helped to merge UK Rap and Grime at the time and make it one thing. Then my little cousin is Scorcher, so there was him and Wretch and those guys, they really helped merge Grime and UK Rap and then it became one thing. So to answer your question, I had to set up a label because there was no other way for me to put my music out.

People that charted from the scene at that time definitely had to compromise their sound.

Of course, they had to.

What’s been the hardest thing to navigate as a label owner rather than a musician?

I think funding your project, when you’ve got a distribution deal like I have, you’re spreading yourself thin cause you’re having to put your money up and spend your money, the label’s helping you but that’s the hardest thing, having the staff and the funding but we make it make sense.