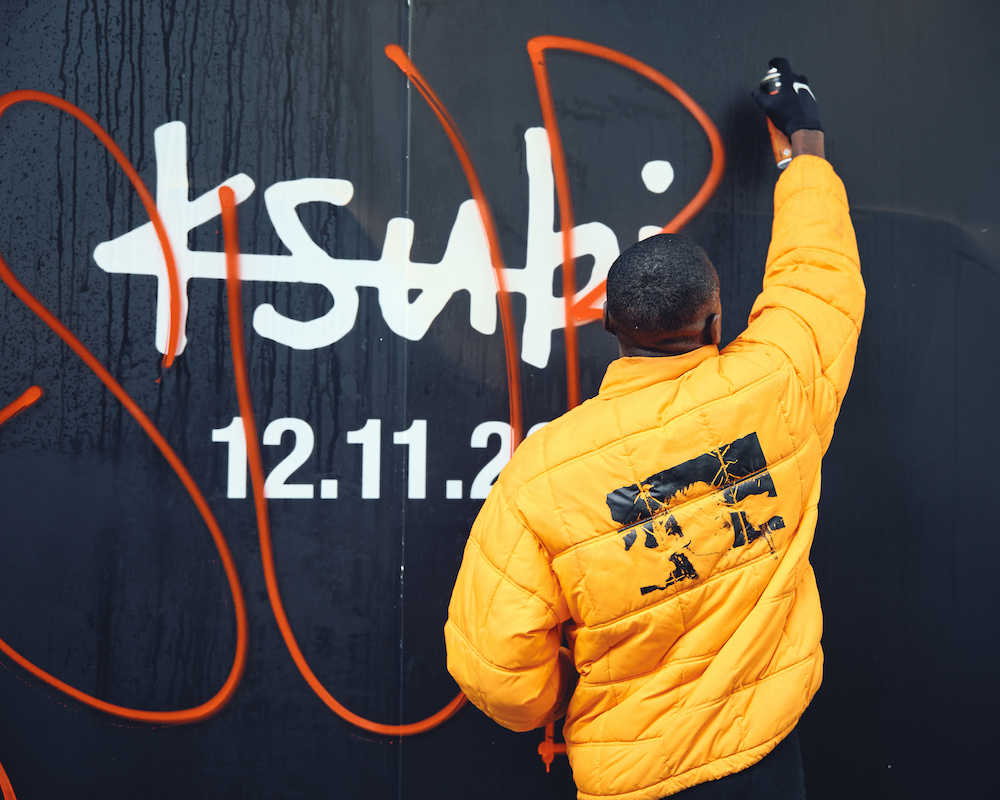 Global streetwear brand Ksubi and disruptive London-based artist Slawn unveiled their upcoming collection with a community activation across the streets of London.

As part of the collection launch, Slawn’s fans – referred to as his children – took part in a supply drop around the streets of London on Thursday 3 November. Tasked with being the first to find Ksubi posters in ten locations around the city, the winners received the first pieces from the collection as a prize.

Featuring a “FUCKSUBI” logo as a play on his signature “FUCKSLAWN”, the KSUBI x SLAWN collection includes three t-shirts and a hoodie from Ksubi’s signature 4×4 range, all which feature one of SLAWN’s trademark characters designed exclusively for the Ksubi collaboration. The collection will also feature 50 hand-painted and custom designed 1/1 denim pieces, created by Slawn on Ksubi’s signature Chitch and Anti K men’s denim styles. The denim pieces, created as one-offs, will be collectible items and available only at Ksubi’s Carnaby Street Store.

To celebrate its first day of trade, Ksubi London will be selling the collection exclusively for 24 hours on Saturday 12th November. The collection will then be available to shop online via special access to customers who have registered at https://ksubi.uk/pages/ksubi-x-slawn from Sunday 13th November BST.

A highly coveted global streetwear label, Ksubi has built a reputation for their distinctive denim, gaining a loyal fanbase which includes celebrities such as A$AP Rocky, AJ Tracey, Bella Hadid, Winnie Harlow, Travis Scott and Kendall Jenner. Originally established as an artistic collective themselves, Ksubi continues to showcase the next generation of exciting creative talent.

The collaboration with Slawn marks the coming together of an artist who is quickly gaining notoriety for his unconventional approach and a brand which has built an ethos as a champion of The Creative Outsider.

Originally from Nigeria, Slawn moved to the UK in 2017 and at the age of just 22 he counts Lil Uzi, Burna Boy, Skepta and Frank Ocean among his collectors, as well as the late Virgil Abloh of whom he credits his initial rise to fame.

Despite having labeled himself a ‘con artist’, Slawn recently showed his work as part of Skepta’s ‘Contemporary Curated’ auction held at Sotheby’s New Bond Street galleries, followed by his first (sold out) solo exhibition at Efie Gallery in October titled, “On A Darker Note.” The partnership is the first fashion collaboration for the artist, who is also the co-founder of Motherlan, a collective born out of Nigerian skate culture.

Ksubi CEO Craig King said of the collaboration: “Art and creativity is the fuel that powers Ksubi’s engines. We approached the US market by reaching out to the artists whose work an ethos inspired us the most, in the UK it was Slawn’s irreverent attitude that best aligned with Ksubi”.

The KSUBI x SLAWN collection will be available exclusively for 24 hours via a limited release at Ksubi’s Carnaby Street location at 10am BST on Saturday 12th November. Customers will be able to purchase the collection online on Sunday 13th November via special access on KSUBI.UK. Customers sign up for special access at https://ksubi.uk/pages/ksubi-x-slawn.