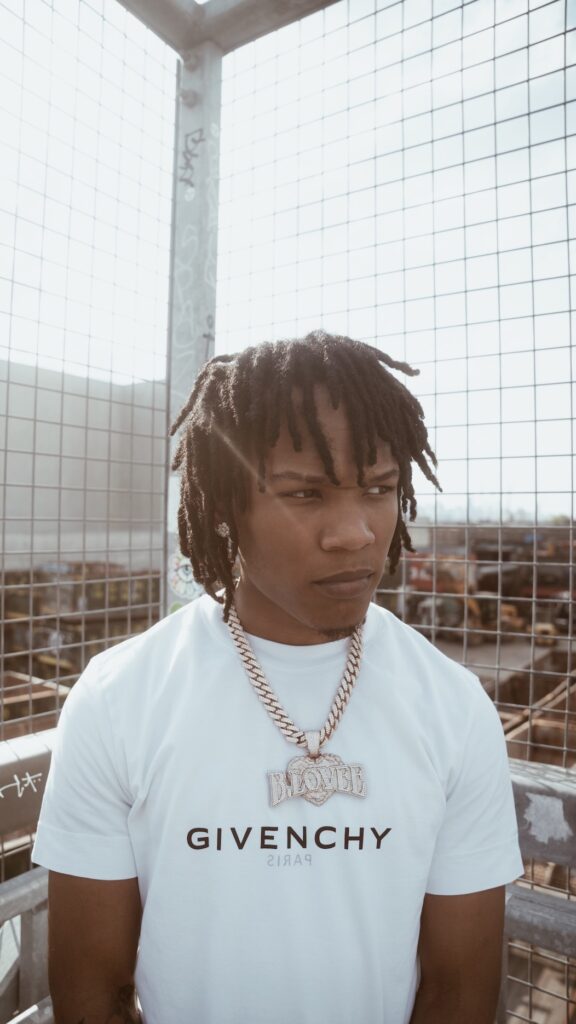 The rising star of Bronx Drill, B-Lovee dominated 2022, he appears in VIPER’s print issue talking UK collaborations and the globalisation of Drill…

He’s already gone viral multiple times in 2022 and B-Lovee shows no signs of slowing down. The Bronx native brought a new twist on New York alongside his friends and collaborators, Kay Flock and Dougie B, which has seen them go on to collaborate with Cardi B. Having only begun to take their music seriously during the pandemic, these young talents have reached incredible heights within a couple of years. With a tour with Coi Leray on the horizon, VIPER caught up with B-Lovee to hear his thoughts on UK Drill and how he met Kay Flock.

You’ve been dropping music like crazy this year, what else is on the way?
More singles coming out, working and tapping in with a couple more big artists; working with a lot of people.

I heard you also have a song with Coi Leray dropping, can you tell me about that?
It’s gonna be out this Summer, we were in the studio vibing when we first connected, it’s tight.

What’s the best feedback you got on your ‘Misunderstood’ project?
There’s a lot! There were a lot of songs on there that people have been wanting. It’s a mixture of old sounds and stuff, plus I dropped a song that’s a relatable love song to show how I switch it up.

Drill is considered so masculine but women love it. How balanced is your fanbase when it comes to males and females?
Yeah it’s like half and half, or 60% females and 40% men or something like that.

Tell me about the rise of Bronx Drill… it seemed very Brooklyn heavy until you, Kay Flock, and Dougie B appeared.
We started rapping during the pandemic, there wasn’t really much open and we’re from the projects – the projects out here are probably different [to the UK] but it’s like an area, it’s one section and there’s a whole lot of buildings. We were just stuck in the projects and foe and ‘em would pull up. There was a studio near my aunt’s crib and we’d be up there bored making music, like we ain’t got nothing to do.

You and Kay Flock are friends as well as collaborators, when did you meet and start making music? We’ve been friends since young, I’ve known Kay Flock since he was 12, 13 years old. I made three songs when I was 15 but then I stopped, then we started rapping again just making songs and we started really building a hype. They called it the Bronx Drill scene. When we were first making music, we were making really regular music, then we started making Drill music.

You collaborate a lot, did you ever think about be- ing a rap duo? Or was solo always the vibe you wanted?
Before, me and Kay Flock were labelled a duo. Facts, at a point in time we were labelled a duo. We didn’t really think we had to be a duo to make songs together – we were just making music. We just had a lot of records together that we were putting out. The fans and the blogs were like, “this is the best duo.” So we’d keep it up, like “no duo is messing with us.” We’ve got more records still.

What’s your favourite song of yours with Kay Flock? Is it out yet, or unreleased?
Nah, it’s not released yet. But my favourite one that’s out, I’d say ‘Opp Spotta’.

When you started making Drill, did you think it would get this big?
Not really, we never thought it was gonna take us this far.

What’s the biggest shock now you’re in this position?
Really just seeing that we even made it this far is a shock, coming from where we’re from, making it this far – we didn’t even know it was possible. Just us getting here is a surprise – we got fans out the country, all that is mind blowing.