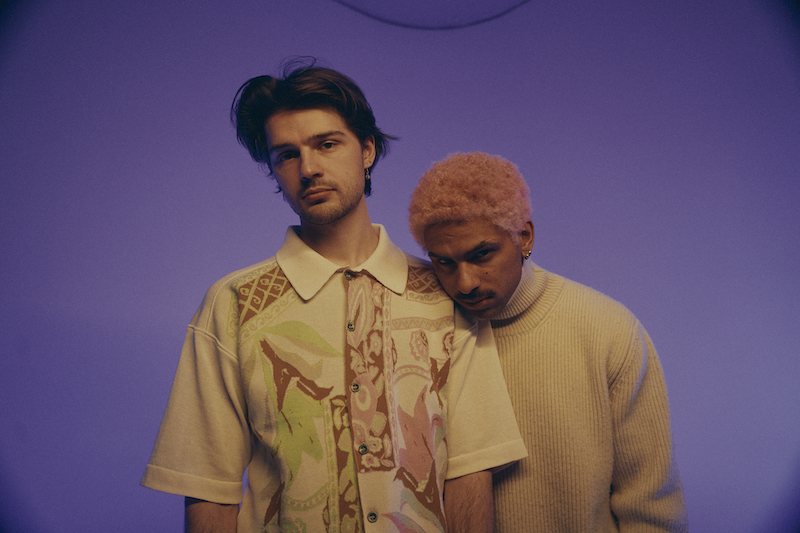 VIPER sat down with Belgium based hip-hop duo blackwave. to hear about their favourite mixtape of all time…

Willem: There’s a lot, but I think I have to go with Acid Rap by Chance The Rapper.

Jean: I had a tough time choosing between Days Before Rodeo by Travis Scott and also Acid Rap, but decided to pick the latter due to the considerably larger amount of inspiration it has served me along the years.

Willem: It came out in the year where I started really discovering and developing my own unique taste in music. I just started getting into hip-hop by way of artists like MF DOOM, Madlib, J Dilla, A Tribe Called Quest… mostly jazz rap stuff. Looking back, this mixtape was the perfect segue into different sounds in hip-hop. It had these same jazzy, soulful, gospel influenced sounds and samples but brought something completely different and fresh to the table for me as well.

Jean: I can’t remember exactly when I first heard it but it was in a moment my tone and general approach towards creating music myself was shifting, and Chance came in very fresh and creative with a blend of goofiness. [It was] a strong successor to his previous tape called 10 Days, which I only discovered afterwards. In my opinion [it’s] still his best work, because of how it blended all of the aforementioned,
and remained so cohesive. [It really inspired] me to just have fun with it; play around with your words and intonations; that it doesn’t always have to be punchlines…that you can shout, yell, or lay it down soft, whichever ends up working out with the tone you’re trying to set.

Willem: I was blown away when I first heard the production of Peter Cottontale and Cam’Obi, who are to this day still two of my favourite producers.

Jean: Not specifically anyone new, but I thought it was dope that some of the artists I was discovering simultaneously at that time were on that tape – i.e. Vic Mensa, Childish Gambino, Ab-Soul.

Willem: Probably in my room, procrastinating my homework.

Jean: Must’ve been my room/home studio or whatever. The usual music discovery space.

Willem: Like I mentioned before, I feel like the timing was very significant for my development as a producer and artist. Since I was still searching and learning to craft my own sound, it influenced my way of approaching production in a huge way.

Jean: Absolutely, it came right in a moment where I was looking to bring myself and my creative space closer together, and this tape specifically helped a bunch on that part.

Willem: I always thought it looked so cool, the colours, the font of the title… just perfect. Later I discovered that it’s actually based off a real photo that Chance took with a fan, and the colours on his shirt are not painted on but just lights bouncing off of it. Definitely worth a google search.

Jean: It’s one in a million. A cover piece standing out that perfectly encapsulates the mood of the album. For me, it always felt like it represented some sort of lostness but with a hopeful and warm tone due to its colours.

Willem: Probably ‘Acid Rain’. I love how heartfelt it is, and can’t get over how great the beat is.

Jean: Honestly I’ve got plenty but I’ll run with Juice. The energetic yet smooth and playful flow Chance laid down on this one just hit different than anything else that came before it.

Willem: It’s definitely become priceless for me. It’s crazy because it almost doesn’t feel like a mixtape anymore, but more like an album. The fact he chose to put it out for free is such an inspiring move. We released our latest album independently and I feel like if it wasn’t for Chance and his crazy run as an independent artist, I don’t know if we would’ve taken that leap.

Jean: Hell I have no idea, I rarely buy records…but I’d pay the same as I would pay for any other album or tape I love if I per chance encountered it somewhere, regardless if it was intended to be free originally.

Willem: Yes, I bought a bootleg vinyl of it in a store in Brussels.

Jean: No, I don’t think I actually own any mixtape physically. I’ve discovered most of them through DatPiff back in the day and stuck with that mostly.