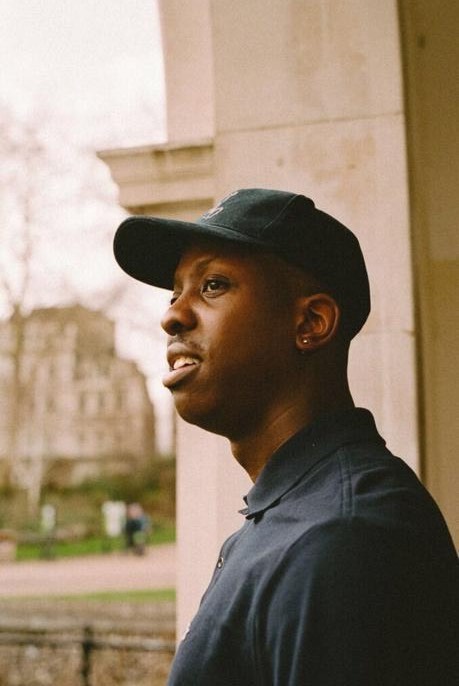 This year’s Music Industry Trusts Award (MITS) ceremony will see the late Jamal Edwards MBE be recognised for his outstanding contribution to the music industry at a gala ceremony on Monday 7th November at Grosvenor House Hotel.

Today, the artists making this special night for Jamal even more memorable are announced: Little Simz, Jorja Smith, Mahalia and Max Cyrus – four immensely talented artists who will each pay their own personal tribute to him with their performances. This will be a collective moment to celebrate Jamal, one of the industry’s most loved figures, and all of his achievements, the music careers he shaped and most importantly, the many lives he touched.

Hot off the heels of her Mercury Prize Award win last week, one of the UK’s most exciting artists Little Simz will perform at this year’s MITS Awards. With a string of accolades including the Mercury Prize win for her incomparable last album Sometimes I Might Be Introvert, plus numerous MOBO Award, Ivor Novello and NME Award wins, a critically garlanded music career and a starring role in Top Boy, one of the most talked about Netflix reboots under her belt, London-born rapper Simz has undoubtedly had a meteoric few years, coming a long way from her start handing out mixtapes in the school playground.

Grammy nominated artist Jorja Smith is one of the UK’s best singer/songwriters. Just six years on from the release of her debut single ‘Blue Lights,’ Smith has already progressed from an R&B prodigy to an international name working with some of the world’s biggest artists including Drake, Bruno Mars and Kendrick Lamar. She garnered a BRIT Critics’ Choice Award in 2018, going on to release her pop-R&B debut album ‘Lost & Found.’ Smith returned last year with the release of her third extended play Be Right Back, including acclaimed singles ‘Addicted.’

Mahalia, the Leicester-born, MOBO Award winning, and Ivor Novello and BRIT Award nominated artist has already made her mark on the UK music scene and had some seriously impressive collabs including Burna Boy, Ella Mai, Pa Salieu and AJ Tracey. In 2019, her UK Top 30 album ‘Love and Compromise’ featured Top 40 single ‘Simmer.’ The following year, she featured beside Ty Dolla Sign on Jacob Collier’s GRAMMY nominated ‘All I Need’ and released ‘Isolation Tapes,’ a three-track EP. 2022 saw Mahalia headline a sold out UK tour off the back of a 6 week North American tour and relaunch her Mahalia Presents platform. Mahalia unveiled her new ‘Letter To Ur Ex’ EP earlier this year.

“The first time I met Jamal, I was 12 in a field at Bestival. At first, he kind of looked at me like I was crazy and then he smiled and said “go on, then.” A year later, he put me on SBTV for my first official online performance. He was one of the first people to truly believe in me and give me a platform and I will always feel somehow indebted to him for that. His impact on popular music and where the industry is today really can’t be overstated. Love you forever, Jam.” – Mahalia

Max Cyrus also joins the billing – a composer, creative writer, poet & music producer aiming to change the narrative one step at a time. Cyrus has produced music for numerous shows and films, including Mo Gilligan’s Black British & Funny on Channel 4 and Never Forget Stephen Lawrence. Currently following the release of his debut EP The Uprise, Cyrus is working on future projects highlighting culture in society.

The gala is being held in aid of the BRIT Trust, Nordoff Robbins and The Jamal Edwards Self Belief Trust, the charity set up by his family in 2022 to honour his memory and continue Jamal’s incredible legacy. The trust’s objectives are to support those causes that mattered most to Jamal. The Trust will target three key interrelated areas: (i) Combatting homelessness; (ii) Supporting people with mental health issues and; (iii) Providing young people with essential life skills.

This is the first MITS Award to be given posthumously, with Jamal also being the youngest recipient of the award, showing the incredible extent of how much he achieved in his 31 years, his endless positive energy and invaluable contributions he brought to the music industry. At the MITS ceremony held in his honour with his family in attendance, the music industry will mark Jamal Edwards’ legacy.

Celebrating its 31st year this year, the Music Industry Trusts Award is recognised as one of the true benchmarks of achievement in the UK music business and continues to benefit hugely deserving causes year after year. The MITS Award supports two important charities, the BRIT Trust and Nordoff Robbins, and is sponsored by PPL, SJM Concerts, Spotify, Voly Music and YouTube.