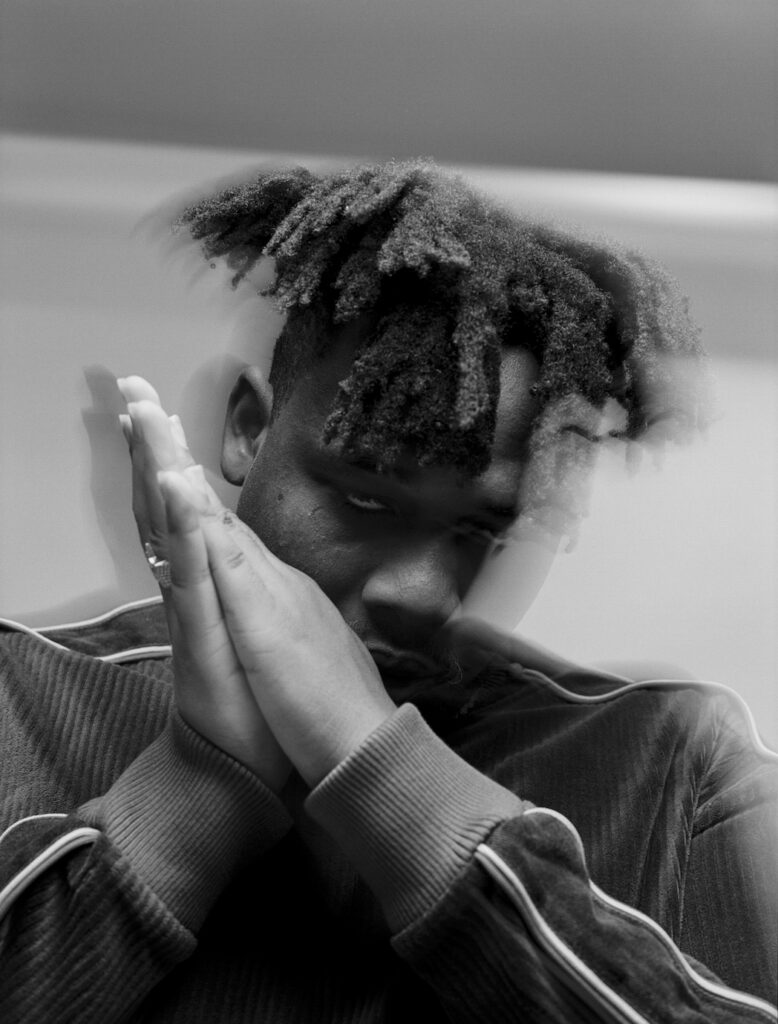 The artist formerly known as BUJU has had a huge year thanks to hit hit ‘Mood’, VIPER caught up with him to get to known BNXN…

These days BNXN is more synonymous with a sound, rather than a name. Formerly known as “Buju,” Daniel Benson encompasses everything that it means to grow and evidently, showcasing his growth has been a priority. There’s a lot of BNXN even BNXN is yet to discover about himself. But the beauty of his art is in how he’s able to express that humility without fear, through his infectious melodies and lyricism. Like art, it takes many forms — all of which paint a vivid future of success for someone who finally under- stands the power of his craft. VIPER sat down with BNXN to talk about NFT’s, his earliest memories of music, working with Wizkid for the first time.

Buju is an acronym for “beauty underneath, just understood.” Now to me, that was more like the beauty and talent that I had at the time when I coined that acronym; I was just understanding what I could use it to do. It’s like, I’m coming from a position whereby I knew I could sing; it was something I did all my life. But I asked myself, “are you really ready to be an artist?” You feel me? So that’s where Buju comes from – and it’s native Jamaican for breadfruit — it’s a nickname they give to chubby people. There were multiple meanings so that’s why I picked it. Now for me to change it, it had to be something significantly bigger than I was, as a lot of people associated the name Buju to the famous Dancehall artist Buju Banton. So it looked like we were doing a madness, like you’re playing with his money — according to literally what the lawyers said. They were saying stuff about a trademark and I didn’t know about that. First, you can’t necessarily trademark a name that you can walk down the street and hear – a lot of people have the name ‘buju’ just because they’re big. But I understood what it meant in the digital or legal [sense]. I like to maintain originality and authenticity and decided to make it a little funky and unorthodox for the kids. It’s BNXN — however you want to write it down, it was tough at this point but people still call me Buju. I mean, everybody called me as they see the name for what it means to me; it’s just how I painted and made the name to be. So, it’s what people still call me. But I already introduced people to the name on my last project by calling the first song ‘Daniel Benson’, which is my name.

Well, I remember listening to the likes of OIu Maintain, P-Square, 2Face… Bob Marley, Buju Banton of course, from the age of five as my dad was very inclined in that way. He had a whole portfolio of Reggae artists, Reggae mixes, Nigerian albums, Nigerian artists as well as listening to contemporary music; secular as hell. By the year 2002, D’banj was one of the biggest Pop stars around, it was wild. Back in primary school they would call me D’banj because I used to run to his songs a lot and often quote his lyrics, also because my name is Daniel too. I was this little kid that used to sing to everybody’s songs and I just found a way to know how to sing their songs. I used to listen to a lot of 9ice’s music, who would often use Yoruba in his records and that would make my Nigerian tonation very sharp, even though I’m not Yoruba myself. Growing up, I fell in love [with] listening to people who would infuse Yoruba or another native language. So when I’d hear these artists create melodies out of Yoruba words – with the likes of Olamide who would rap to it – it was mind blowing for me. Then I joined the school choir singing tenor and began writing raps aged 11, when I first joined high school; just training my voice and practising with the aim of creating a niche for myself. They were cheap lyrics but I thought I was one of the baddest rappers around, for me it was the start of having a career musically.

You were an artist before you were even an artist.

I swear! I mean, when I got into university I stopped, I just stopped rapping and all that.

Well, I felt like there were a lot of people who were better than I was. There were rappers who could flow faster, be more lyrical, using big words, saying some crazy shit! That had me thinking, “you know what, I might as well just focus on school!” But it was not until my third year of uni when I was studying IT that I felt that I had the time and resources to take it seriously again. As part of my course they gave me a laptop and WiFi, I got into SoundCloud of course and that’s when I really started to listen to music once again, Buju Banton, J Hus, Burna Boy. [SoundCloud] was like the only avenue that you could listen to music freely. That was when I realised that there were people from Nigeria that were dropping music and generating a fanbase of people that listen to their stuff. Odunsi, Santi, Melly, Fashunu.

In terms of SoundCloud today, how important do you think it is in discovering new artists?

I feel this is the best way to create a fanbase for yourself, I started on SoundCloud. I mean, I made sure the music was readily available every- where but I was pushing it on SoundCloud. Even though you don’t have the money to pay for streaming, you can still listen to it for free. I would say SoundCloud was the anchor that held artists down and allowed them to gain cult followings so it had to be the first place I thought I needed to launch music; it’s where I discovered the Alté community. For me, it was about combining those traditional sounds and elements of music with the new school to include lyricism and storytelling in a relatable way, so that’s why I decided to start writing music again. I started singing and working on my writing around 2017 for almost a year before I decided to even put out music. February 2018 is when I believed it was time, I put my first record ‘Catch A Vibe’ on SoundCloud. It was the first time I was open to opinion, I wanted to hear what people were saying. The writing was more like a six out of 10 – but to me that’s like a two out of 10 – which made me feel like I had to go back to work. By April that same year, I put out ‘A Day in Lagos’ the track that certified my SoundCloud. A lot of people have recognised “wow, shit, what kind of flow is this?” It’s my biggest record on SoundCloud to date and I began to catch a little fanbase in school. I was in people’s DM’s on Twitter, like, “if you don’t like it, I’ll give you back your data.” It allowed me to gather a little fan base of people that necessarily liked the music for what they were hearing rather than who the artist was or what the artist was doing.