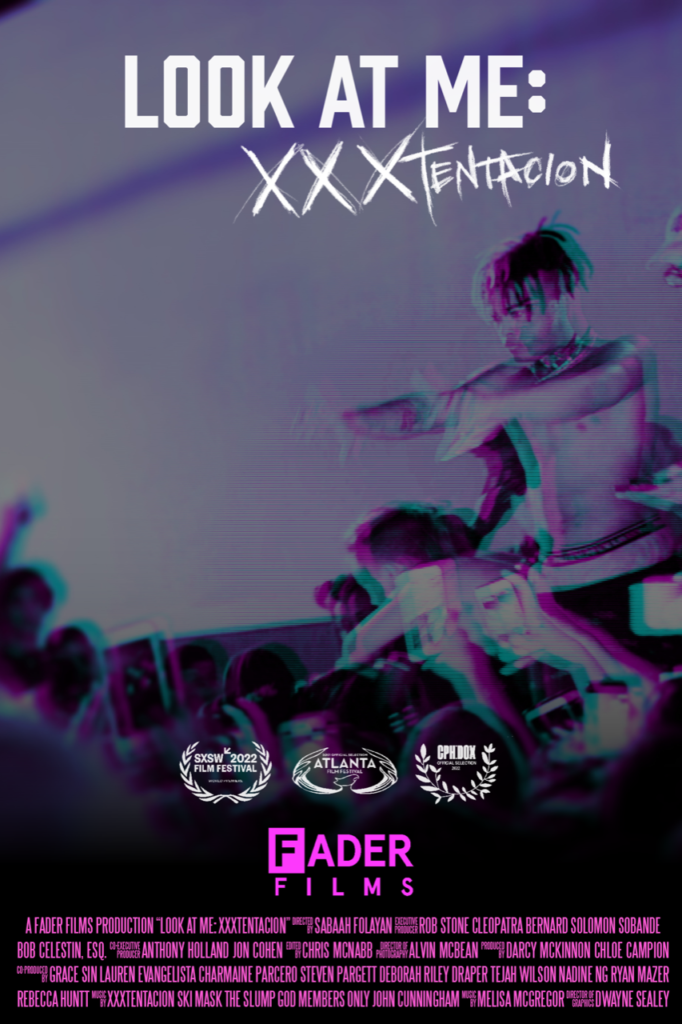 FADER FILMS release the world-exclusive film documentary on one of the biggest and most controversial artists of our generation with Look At Me: XXXTENTACION released via Altavod on November 22nd.

Directed by Sabaah Folayan, this is the first time the footage is available outside the US and marks an milestone inside look at XXXTentacion, aka Jahseh Onfroy’s backstory and tumultuous coming-of-age, to his tragic death at the age of only 20.

As XXXTentacion’s inner circle speak out for the first time, the film serves to give a frank, honest portrayal of the artist’s well-documented issues with mental health as well as highlighting important questions on the effects of father figure absentee-ism, domestic abuse and womens’ rights.

A further never-before-seen interview with the star, In His Own Words: XXXTENTACION is co-directed by Lesley Steele & Rob Stone and provides viewers with an incredibly raw, unique perspective into the mind of X. The interview sees the late artist give insight on topics that many artists choose not to explore in a public manner, ranging from how he views himself, to his place in the world and society as a whole.

The documentary serves as a refreshingly honest and unbiased piece of storytelling, reflecting the realities of an industry that demands larger-than-life personas but offers little in the way of help or understanding for the complexities of the person behind it.

A portion of all proceeds from the online release will be donated to grassroots organisation The National Alliance on Mental Illness as well as other charitable organisations focusing on mental health and community wellness.

Look at Me was originally released in May 2022 in the US only. In His Own Words is never-before-seen footage from a 2017 interview with X and The FADER.

All of this was made possible with the support of Cleopatra Bernard, X’s mother, and Solomon Sobande, manager of the estate.