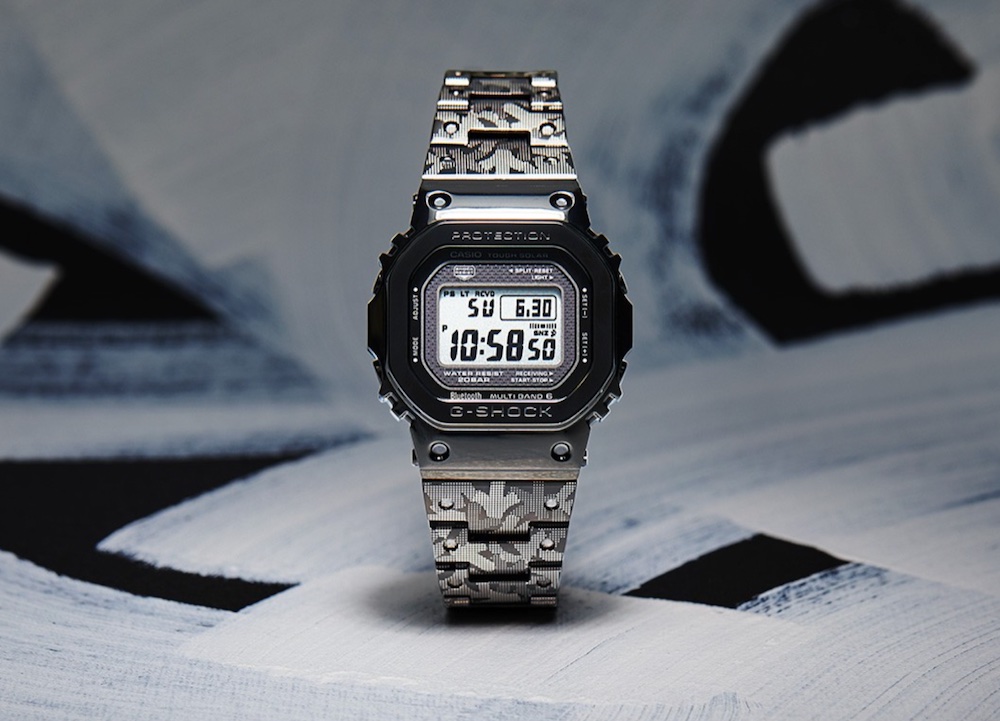 Casio Computer Co., Ltd. have announced the release of the latest addition to the G-SHOCK brand of shock-resistant watches. The GMW-B5000EH is a collaboration model created with the New York-based graffiti artist Eric Haze to mark the upcoming G-SHOCK 40th anniversary in April 2023.

Ever since the first G-SHOCK watch in 1983, the brand has established itself as unrivalled in durability and uniqueness of design. Bringing these qualities to collaborations in fashion, sports, art, music, and other cultural realms, G-SHOCK has become a favourite around the world.

The GMW-B5000EH is a shock-resistant timepiece designed in collaboration with Haze to commemorate the 40th anniversary of G-SHOCK. The first collaboration model with a full-metal design, this watch is based on the GMW-B5000D, which inherits the design of the very first G-SHOCK, and has a band featuring signature Haze artwork. Black IP is applied to the stainless steel band, which is then overlaid with laser-engraved patterns of dots to reproduce the artist’s work in a chic monotone colour scheme.

Legendary New York artist and designer Eric Haze began his career in the early 80’s, exhibiting work alongside friends like Keith Haring and Jean Michael Basquiat. After founding a design studio in the late 80’s, then his own clothing label in the 90’s, best known for his iconic hand lettering, Haze remains one of the most sought after creatives in the worlds of contemporary design, street, and artists driven brand collaborations.

The watch is now available on www.g-shock.co.uk priced at £699.