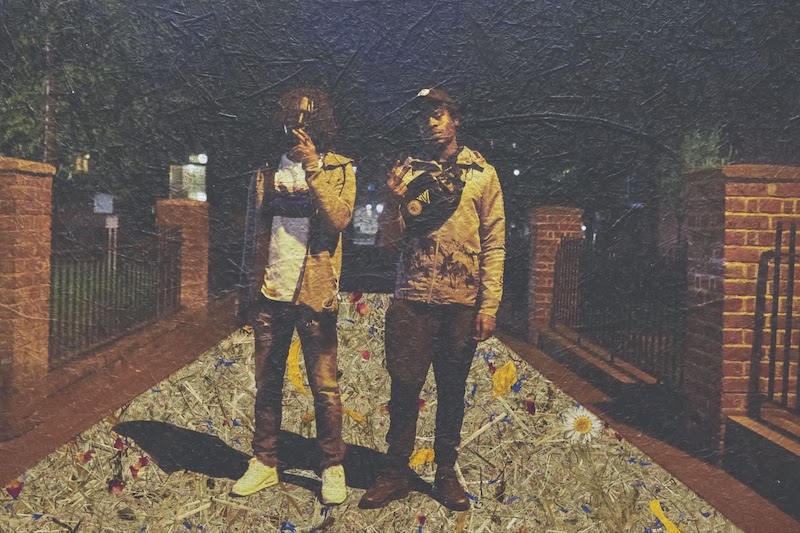 Woosh showcases Tim & Barry’s contemporary work within the drill scene over the last six years. The exhibit features a selection of curated imagery, spanning from the likes of Headie One and pioneers 67 to some of the most prosperous young nu-creatives. Tim & Barry said: ‘Woosh stands as a love letter to a scene that has defeated the odds.’

Tim & Barry have been documenting underground music since 2000. Fast becoming purveyors of the scene, they quickly went on to gain the trust of the most exciting names in the drill, UK garage and grime culture, capturing some of the most iconic moments in the process. The duo directed Skepta and JME’s iconic MOBO award-winning video ‘That’s Not Me’ and helped shine a light on artists occupying the genre, includingthe likes of Boy Better Know, D Double E, Tempa T, Chipmunk, Giggs and Devilman.

Woosh is hosted atLaz’s Emporium, the Soho Art Speakeasy located in Lexington Street. The shop focuses on bringing modern art into our living spaces through furniture and accessories. By collaborating with the new generation of street artists, Steve Lazarides uses state-of-the-art equipment at his Bristol-based warehouse to print and cut designs, patterns and more onto various sustainable materials, creating unique art that he describes as a ‘reflection of his bipolar mind’.

Described by GQ as‘the man who brought street art to the world’, Steve has played an important role in the trajectory of many art mavericks including Antony Micallef, portrait artist Jonathan Yeo, photographer JR, plus street artists Invader, Faile, Conor Harrington and many more. Formerly Banksy’s art agent and official photographer, Steve has hosted many themed experimental arts events with The Vinyl Factory at 180 The Strand and held three impressionable collaborations with The Old Vic Tunnels that have been imitated worldwide.

Woosh will be open to the public from Saturday 15th October for two months.