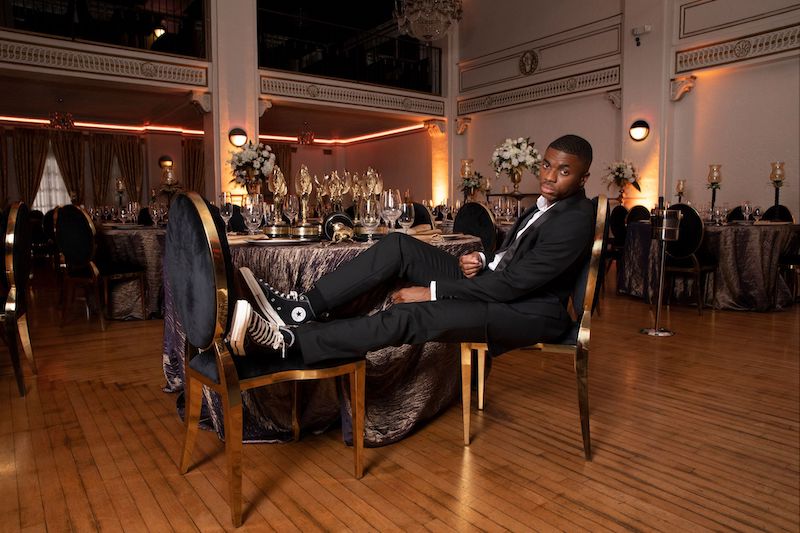 Converse has tapped more than 20 creatives from around the world in a unique and new film series which challenges convention and provides a platform for discovery.

Converse has been adopted by musicians, artists, athletes, dreamers, and thinkers for over a century, with distinct connections around the globe and across cultures.  The brand continues its legacy of championing self-expression by bringing together established and emerging creatives from over 18 cities around the world in a new multi-platform brand campaign – “Create Now. Create Next.”

The first-of-its-kind campaign presents more than 20 different creatives as they share their artistic vision through a series of 20 individual, 6-second films. Featuring the talents of Vince Staples, Honey Dijon, Shai Gilgeous-Alexander, Turnstile, and A1 x J1, among others, each is then seamlessly brought together in a longer form brand anthem showcasing the power of the collective.

The campaign aims to redefine the act of co-creation as well as serve as a platform for discovery. Many of the creatives contributed to both the unique look and accompanying music of their film while being challenged to tell their stories and express their passions in 6 seconds.  Those elements were then interwoven, enabling audiences to celebrate creatives they already know and love alongside discovering new emerging talents.

The campaign roster ranges from Los Angeles to Johannesburg, across a multitude of creative disciplines, including:

Several who appear in the films, including Nyota Parker, Engy Saint-Ange, Navinder Nangla, Serwah Attafuah and Thabang Ramphisa, are also members of the Converse All Stars – the brand’s creator community, giving emerging talent access to mentorship, experiences and opportunities.

In the spirit of experimentation, Converse also enlists longtime partner, Tyler, The Creator to serve as Executive Music Producer for the campaign. As part of his role, he draws from his own archive to present an exclusive instrumental arrangement to serve as the soundtrack for the long form versions of the film in the campaign.

To further elevate and express the attitude of Converse’s collective, a playlist of 10 tracks from the campaign – spanning beats from hip hop, rap, afro punk, Latin, Indian, K-pop, and punk – is available on Converse’s Spotify channel.  Converse will also be showcasing musicians and highlighting music from some of the 6 second versions of the campaign on Tik Tok.

“Create Now. Create Next.” was developed in partnership with McCann Worldgroup and officially debuted October 6 on Instagram, TikTok, Twitter, Spotify, and YouTube with 6, 15 and 30 second spots as well as longer form versions.