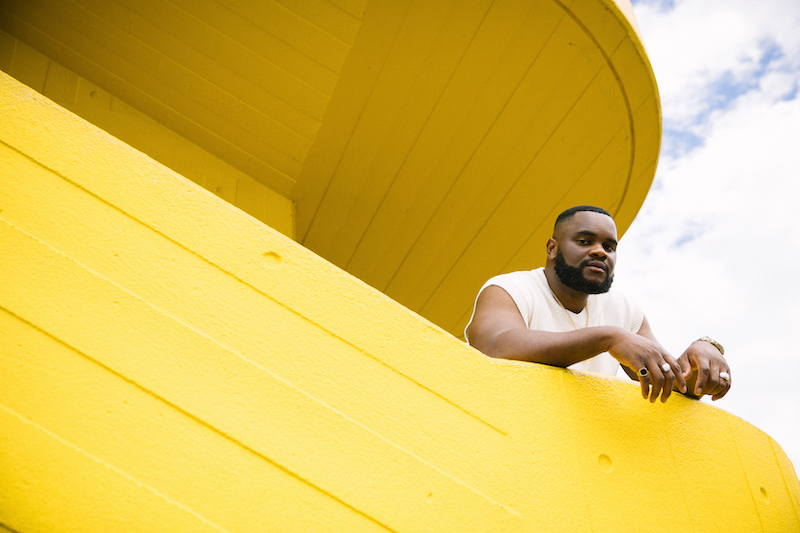 Nigeria-born, North London-raised singer-songwriter and producer Atueyii breaks down why he loves this Bryson Tiller classic…

My favourite mixtape has to be Bryson Tiller’s ‘Anniversary’. The songs and the vibes have a place in my heart for real.

The writing, the lyrics, the melodies, most importantly, the stories and his explanations on some issues around his personal life. It really hit home for me personally and it came at the right time to help me mentally put things into perspective. I like when music does that.

40 is someone who I didn’t really know until this album. But discovering that he is Drake’s main producer sheds some light on why ‘Anniversary’ is just too sick.

I was actually about to drive a one hour plus journey and that’s the best time for me to get into any new music generally. I knew he was dropping ‘Anniversary’ so I had to make sure it was what I listened to on my journey.

Yes, like I said, it meant more to me because it really helped me to navigate a few things and understand a few thing about my own life and music. Crazy how music can actually impact your decision making [laughs] but yeah ‘Anniversary’ definitely did that for me.

The thing I love about the cover actually is how much it reminds me of me [laughs]. As in myself and Bryson basically more or less dress the same; hat, shirt, jeans… so it made me feel at home really and I think maybe that’s also an added reason why it connected so much more to me.

‘Years Go By’ is definitely the main track that got me glued. The inspirational speaking in the intro basically summed up the period of time for me. I also love the melodies and the story it holds.

No I didn’t have a physical copy, I downloaded it.

The last mixtape I had a physical copy of which is also my favourite, is Tierra Whack ‘Rap?’.