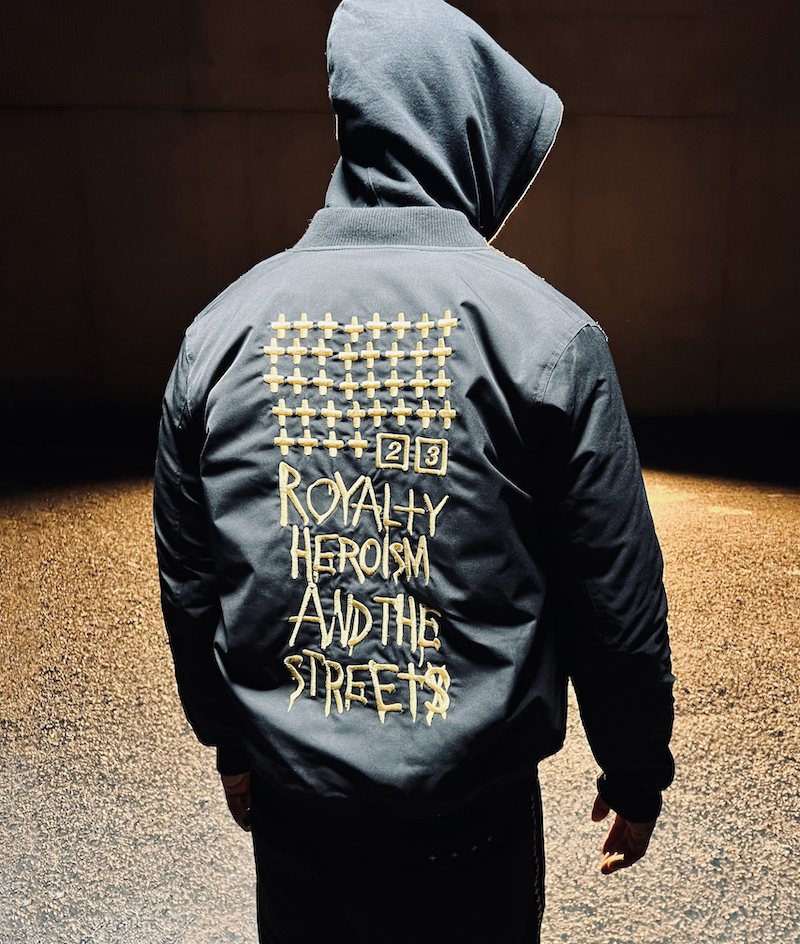 Global streetwear brand Ksubi announces the launch of ‘KSUBI 23′ – a limited-edition premium capsule collection to mark 23 years of pushing boundaries and creative rebellion. With 23 being a number synonymous in the sporting world with greatness, the ‘KSUBI 23′ collection marks a milestone anniversary for the brand. To celebrate the launch, Ksubi is handing over its platform to a curated collective of 23 up-and-coming global talents including UK artists Ojerime and Skaiwater who are shining a light on the next generation of creatives that are set to change the game.

Founded in 1999 in Sydney, Australia, Ksubi has grown into a globally recognisable and notorious streetwear brand. Originally established as an artistic collective, the first Ksubi denim styles were created at home using angle grinders to create distressed denim. Taking a fresh approach by introducing elements of conceptual art to fashion, the brand expanded into a global movement. Loved by celebrities such as A$AP Rocky, in recent years Ksubi has partnered on collaborations with global names such as Travis Scott and Kendall Jenner, evolving the brand to its place today and developing a cult following that remains as loyal as ever today.

The 15-piece collector’s-edition capsule features elevated gold details across the full collection including gold hardware and – for the first time- gold embroidery of the brand’s slogan ‘Royalty, Heroism and The Streets’, which is featured on Ksubi’s cult pocket tags. The brand’s iconic box-cross logos have also been updated for the 23rd anniversary collection. The range includes the brand’s iconic denim fits including the Chitch in white and waxed red, and the Van Winkle in mid blue and waxed black. The embroidered details also feature on Ksubi’s classic track styles in a heavyweight cotton jersey including hooded sweatshirts, track pants and t-shirts in red, black and white.

The anniversary will be celebrated through the launch of a global campaign highlighting 23 up-and-coming performers, artists, musicians and athletes. Building names for themselves in their chosen domains, the 23 featured in the campaign embody the spirit of Ksubi’s ‘Creative Outsider’, known for doing things their own way.

“Ksubi has been blessed to have had some many incredible creatives contribute to the brand over the past 23 years. Ksubi 23 is a great moment to reflect on the past, but salute the next generation of creatives. We have assembled a diverse group of special talents whom we feel will be shaping the next 23 years”, said Craig King, CEO, Ksubi.

Captured in self-directed shoots that provide an insight into their day-to-day lives, each of the 23 represent a new generation of dynamic talent forging their own path to greatness including: Ocean Lewis emerging london-based model, artist and athlete, UK rapper, Skaiwater, who’s recent collaborations include Lil Nas X, Dyson Daniels, an Australian born NBA rookie who was one of the top picks at this year’s NBA Draft; ZelooperZ, a Detroit-based rapper and fine artist whose recent collaborators include Earl Sweatshirt; Serwah Attafuah, a NFT artist and creative who has worked with global brands such as Mercedes-Benz and pop-icon Charli XCX and Urban Wyatt, a talented photographer from Kentucky who has become known for his fly-on-the-wall images of some of the music industry’s biggest stars including Jack Harlow and Post Malone.

The ‘Ksubi 23’ collection is available globally at ksubi.com and Ksubi stores in Los Angeles, New York, Miami. Soon-to-launch in stores in Chicago and London.