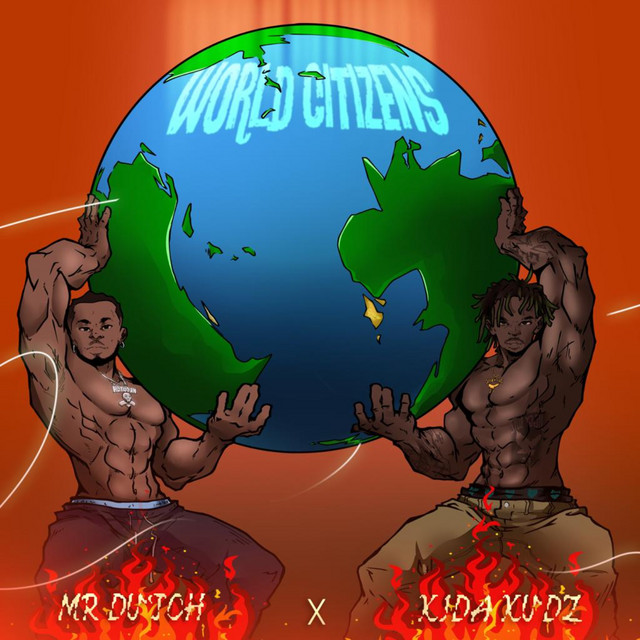 It’s summer and we’re British, so there’s an unspoken rule to have a barbecue the minute there’s some sun! And what’s a BBQ without a vibey playlist? Kida Kudz & Mr Dutch have no doubt dropped a soundtrack for season. Delivering infectious sounds, we’ve selected seven reasons to check out the EP…

Kida Kudz has been a star ever since he made his mark with the 2017 single ‘Issa Vibe’. The Rap-meets-Afrofusion artist continued his streak of fan favourite releases with ‘Top Memba’, aproject housing 10 powerful tracks displaying Kida Kudz’s versatility. With appearances from Bella Shmurda, Made Kuti and more, Kudz’s vast sound palette sees him touching on everyday life issues, from love to success. An alluring persona, paired with instantly infectious numbers cemented Kida Kudz’s place amongst music’s hottest names.

Mr Dutch is a Nigerian tycoon, the owner of record label, Dutch Dreams Records, and the top dog of management, with Mr Dutch Empire. Repping his homeland, Mr Dutch’s motivation stems from exuding who he is and where he comes from. He found fame with singles like ‘Antidote’, ‘Better Soup’, and ‘E No Finish’, featuring Burna Boy.

Kida Kudz has teamed up with Mr Dutch for their joint project, ‘World Citizens’. The four-track EP is a cumulation of talent and sound. It sets to assure listeners of Kida Kudz’s position as the best alternative rapper, with flourishing talent bridging between London and Lagos’ parallel Afrofusion scenes.

Nigerian music has been on the rise for the past couple of years, with artists like Davido, Wizkid, Tiwa Savage, Burna Boy, Olamide and so on, gaining global recognition for their work. Afrobeats now dominate music styles with genre-blending tracks rotating everyone’s playlist. ‘World Citizens’ is a smooth fusion of carefree alternative Hip Hop mixed with Afrobeats aesthetics.

This tracksets the tone for the project with its compilation of summer vibes and authentic Afropop aura. ‘Rocket Launcher”s blend of patois-influence and Pidgin English will transport you from the white sandy beaches to the hustle and bustle of Lagos. Both artists showcase their natural gift with the ladies, with Kida Kudz delivering an auto-tuned dripped chorus and risqué raps, followed by Mr Dutch’s blend of Pidgin English and bravado flows.

The guitar-driven instrumental of ‘Dancing Animal’

A must-have on the party playlist! From sizzling to soothing, the mid-tempo jam worships women with the most seductive dance moves.

The British twang on ‘Snap Dat’

‘Snap Dat’ is my favourite track on the EP and sees the duo joined by Sam Wise, who helps set the tone with his commanding and laid-back flow. Kudz’s vibrant melodic verse is complemented by Mr Dutch’s memorable hook, offering a more chilled-out vibe.

The final moments as the EP comes to a close

And finally, the upbeat bounce on ‘Never Stopping’, thego-getter track is all about the duo achieving their goals, regardless of the challenges ahead. Featuring rising Lagos, Nigeria-based singer Barry Jhay, his soulful Yoruba-tinged hook is ripe with aspirational lyrics and positive energy.

‘World Citizens’ link-up is a vibe!