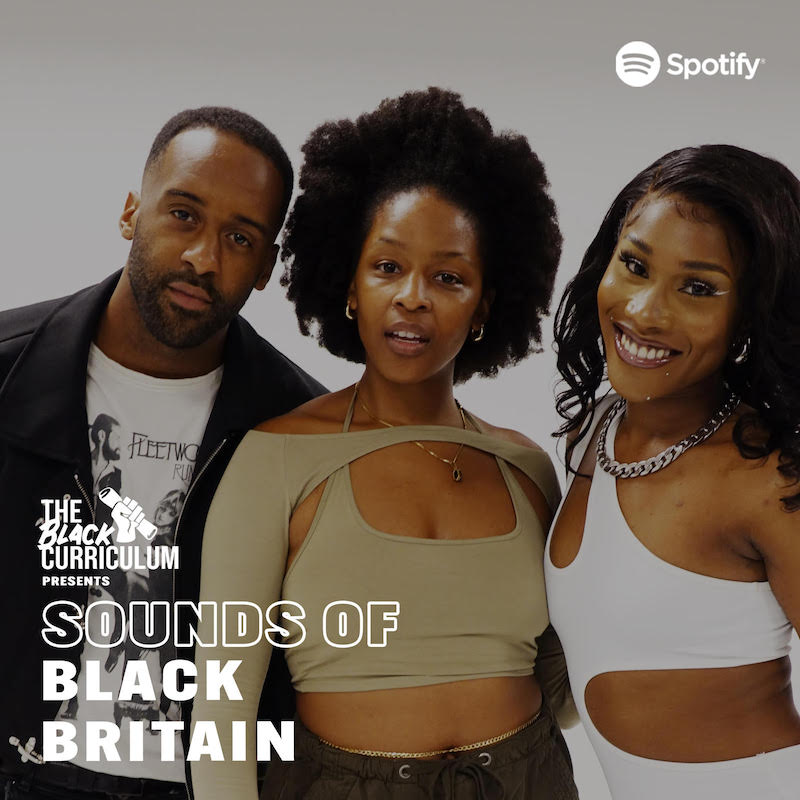 Spotify Studios and Unedited announce the launch of the Sounds of Black Britain podcast hosted by British broadcaster, host and cultural curator Julie Adenuga. Launching on August 26 with the first two episodes, the podcast is a partnership with social enterprise, The Black Curriculum, which was born from first hand experiences in British formal education, through the effects of systematic disenfranchisement through the exclusion of Black pupils and Black British history.

The brand-new podcast, which will see new episodes landing every Friday, has been launched to help challenge the Eurocentricity of the school curriculum at a nationwide level, hoping to make Black British history accessible to everyone at all ages. It also seeks to empower young people in the UK with a sense of belonging and identity.

The first season features ten episodes and will dive deep into the musical history of Black Britain, looking at how music has been an instrumental resource in educating and bringing Black music into the mainstream. The first episode sees host Julie explore the Sounds of Carnival: Notting Hill and beyond, exploring the fusions of sounds and cultures which painted the Caribbean street parties and parades of the 60s and 70s.

Upcoming episodes will cover a plethora of different musical genres including the Soul, Funk and Jazz movement, how Afro-swing made waves in the UK, the art of storytelling through Rap music, and will also spotlight several women who have contributed to Black British music throughout history. The episode finale will cover off racial politics: from the estate to the dancefloor, and how Black music nights are policed in a UK backdrop compared to how other genres of music nights were policed.

Host of  ‘Sounds of Black Britain’ podcast, Julie Adenuga, comments: ‘Working with the team on this podcast has been such an incredible experience. The work that The Black Curriculum is doing for the British education system is incredibly important, and this podcast is another step toward raising awareness about our history. I’ve learned so much on this journey and I’m so proud of the legacy that Black British music holds’.

Be sure to check out this important podcast today and every Friday for a new episode.