[EVENT] I AM NEXT FESTIVAL: SEPT 1ST-4TH 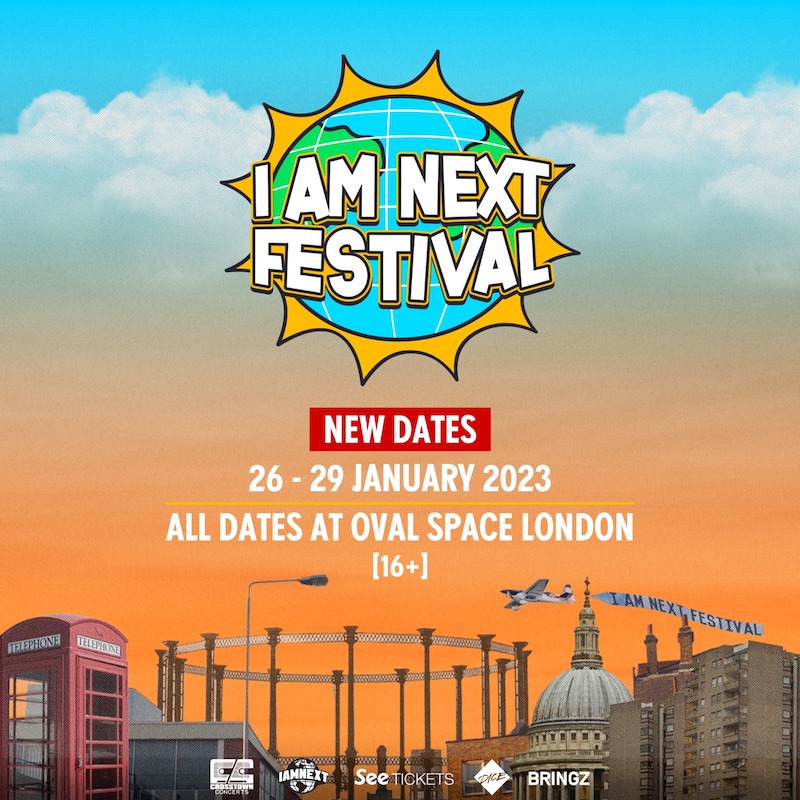 Formed in the mosh pit, The I Am Next brand is one that’s been growing solidly in the UK for a number of years since its inception in 2014 with its large-scale event which saw Stormzy headlining. Since then, I Am Next has worked with artists from all over the world such as Novelist, Giggs, House Of Pharaohs, NLE Choppa, Key Glock, J Critch, Coi Leray, Smokepurpp and more, hosting parties, events, tours and club nights.

Now I Am Next launches the first ever festival over 4 days running at Oval Space for a spectacular showcase of UK music. The indoor festival will see some of the best names in UK Hip Hop, Rap & Grime for an extravaganza. This is the first of its kind in the UK and will be explosion of music and culture where you can see various artists perform live spanning over 4 days from names such as Suspect OTB, Novelist, House Of Pharaohs, Youngs Teflon, Born Trappy, Rushy, Dreya Mac, Coops, Fee Gonzales, Oscar #Worldpeace, Kasien, Ashbeck, Just Banco, Louis Culture and Chris Cash.

The man behind the brand and driving force is Seshie – a powerhouse that brings unrivalled and unmatched energy to anything he puts his mind too and has become a leading name in the Hip Hop events industry in the UK bringing through some of the best underground American artists to the UK. Authentic and passionate he controls crowds for rising artists coming through and festivals here in the UK and abroad such as Rolling Loud, Glastonbury, Reading Festival and many more!

I Am Next has moved onto the next level with the festival and will continue to expand and be one of the biggest brands in the UK events industry fuelled by the love of the music!