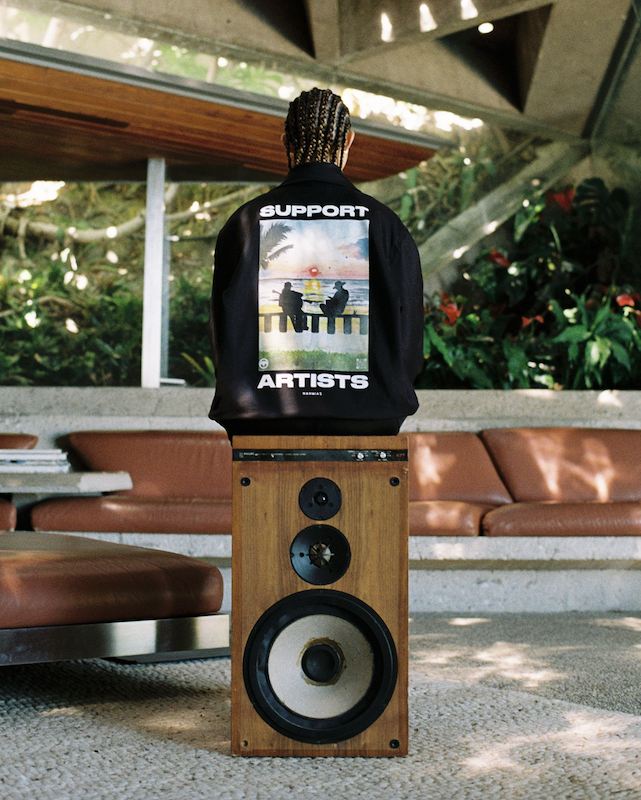 BACARDÍ Rum is proud to debut the latest evolution of Music Liberates Music, an ongoing program designed to champion underrepresented voices in the music industry. Every summer, a new song is released every second of every day, making it difficult for up-and-coming music artists to break through. The fourth iteration of the program seeks to combat that statistic by enlisting high-end streetwear brand, NAHMIAS, along with GRAMMY-winning producer and longtime collaborator, Boi-1da, to drop an innovative, new kind of music distribution model. The first-of-its-kind capsule collection from NAHMIAS features embedded QR codes integrated into each garment, which directs phone-wielding fashion lovers to an album of rising global musical talent when they go to snap a photo. As an added incentive to wear the collection and promote the rising artists, fans will also earn live music rewards every time someone scans their hat, tee, hoodie, or jacket and listens to the rising artists. So, the more fans promote the music, the more concert tickets they could earn.

Now available for pre-order exclusively at NAHMIAS.com/MLM, the four-piece, gender-neutral capsule collection made its global runway debut today at NAHMIAS’s Spring/Summer 2023 show at Paris Men’s Fashion Week, where the runway-ready looks, along with a “codes out, phones out” policy, gave attendees a chance to scan the tech-chic getups during the show. Like all NAHMIAS apparel, founder and fashion designer, Doni Nahmias, designed the innovative collection featuring his signature swagger, characterised by a high-grade, yet informal mix of sport and West Coast influences. From hats, tees and hoodies, to sweatshirts and jackets, each capsule piece dons a signature NAHMIAS fit with a BACARDÍ-inspired, Caribbean flair, plus QR codes harmoniously integrated into the ready-to-wear designs.

“It has been a pleasure collaborating with a heritage brand like BACARDÍ that is so dedicated to elevating others in the music industry, along with Boi-1da, a longtime friend of mine,” said NAHMIAS founder and fashion designer, Doni Nahmias. “As an up-and-comer in my own industry, I was thrilled to be part of the latest iteration of Music Liberates Music and had a lot of fun combining my signature aesthetic with the tropical vibes of BACARDÍ to bring this collection and QR tech component to life.”

Not only will the rising artists benefit from having their music streamed, but 100% of net profits of the sale of the collection will also directly benefit the roster of rising talent. This iteration of Music Liberates Music introduces a unique, fashion-forward disruptive distribution and revenue model that turns music fans into a walking promoter and wearable album for participating up-and-coming artists.

“I’ve been looking forward to this next iteration of Music Liberates Music and how we can bring more attention to rising artists that are the future of music in an unexpected way, with some help from my friend Doni and BACARDÍ,” said GRAMMY-winning producer, Boi-1da. “This next class of Music Liberates Music artists have raw talent and passion, which I’ve seen first-hand in helping them to produce new tracks exclusive to the NAHMIAS drop. As someone who has been in the business of music-making for a long time, I’m excited for them to not only grow as artists, but to get the exposure they deserve.”

With an ear for talent, passion and potential, Boi-1da played an integral role in sourcing the artists for the latest iteration of Music Liberates Music, and is working alongside each to co-produce brand new tracks that will be discoverable along with some of the artist’s existing catalog on Spotify come mid-July. Participating global artists in the program include Ric Wilson, hailing from Chicago, Illinois whose funk and disco-infused take on rap bellows with robust percussion and buoyant vocal flair. Additionally, Londoner and master of musical melding, BenjiFlow, who is an up-and-comer in the MC-driven realm of the UK’s music scene, and wields a rhythmic intermingling of R&B and West African-flavoured pop with Brazilian samba and Afro-Cuban influence. And last but not least, Berlin-based singer, songwriter and composer, K.ZIA, whose fusion of R&B, Soul and Pop genres exude groovy Afro-urban riffs and harmonic vocals that whisk listeners into her universe, to round out the next class of Music Liberates Music rising artists.

“This is the fourth time we’re bringing Music Liberates Music back to the fans, but this time, we’re expanding on a global scale with the most innovative iteration of the program yet,” said Laila Mignoni, Global Head of Brand Marketing Communications for BACARDÍ. “Not only does this year’s program help rising artists expand the scope of their fanbase, but it marks a first for BACARDÍ in collaborating with a talented fashion designer like Doni Nahmias to help spread the artist’s work via a wearable album. We are thrilled to have Boi-1da back on board for the second time and can’t wait for you to hear the new tracks from the talent we’re supporting.”

By harnessing the iconic Latin Caribbean heritage of BACARDĺ, the ear for musical talent of Boi-1da, and elevated fashion eye of NAHMIAS, the fourth iteration of Music Liberates Music has the power to revolutionise how people discover and stream new music, and become fans, one garment at a time. Check out the collection below, and to snag merchandise from the BACARDĺ x BOI-1DA x NAHMIAS Wearable Album Collection before it’s gone, head to NAHMIAS.com/MLM to pre-order. 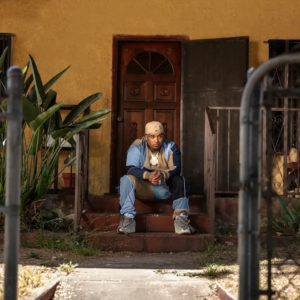