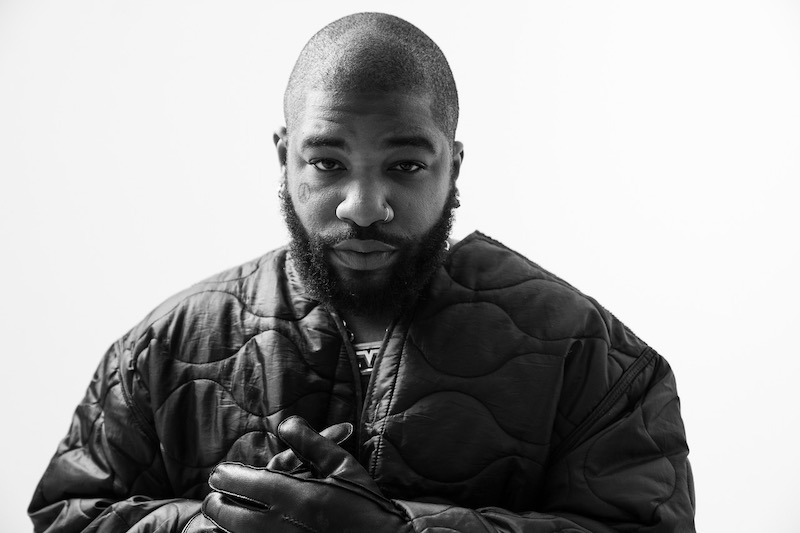 Talented Columbian native, and Brent Faiyaz’s Lost Kids label signee Tre’ Amani continues to make waves with the alternative hip-hop soundscapes he’s become best known for. His hotly-anticipated EP ‘$hook’ was released on June 3rd, alongside a set of sleek visuals for track ‘Lo$t Kid’. We sat down with him to discuss his favourite mixtape.

[It was] probably the first mixtape that I knew every song front to back, and there are two discs, so these are 24 songs that my 12 year old ass knew every word to.

Yes! This was my first time hearing Curren$y spit crazy bars over Jay Z’s ‘Dead Presidents’ and also Nicki Minaj! She featured on the remix and remake of ‘Can’t Stop, Won’t Stop’ – Young Gunz’ original 2004 song. [It was] my first time hearing a woman emcee with such skill and confidence since Foxy Brown, Lauryn Hill and Lil’ Kim. Damn I’m getting old.

My home – it dropped in April ’07. I was very sheltered as an adolescent [laughs]. My momma made us stay in the house while she worked long hours, so the only fun me and big bro had was downloading new music and bumping it as loud as we could until she got home.

At 12 years old, I guess so. I was finding myself without any real male guidance, so a mixtape like this was necessary and very influential for a young n***a.  Lil Wayne’s music would really speak to me. He was so raw and influential; I’m def not the only one.

The cover was simple! This was 2007 [laughs]. Wayne was being Wayne – white beater, stunna shades…that’s all he needed.

Imma have to choose two, I’m sorry. First, definitely not least, ‘Ride 4 My N***as (Sky’s the Limit)’. This song is one of his best rap performances ever; the message is so powerful…and it still gives me chills if I’m tipsy enough [laughs]. Not to mention he made everyone forget about the original ‘Mr. Jones’ by the legend Mike Jones. That’s just the impact Weezy’s mixtape had; at the time, he was undefeated. Number 2 is ‘Promise’; the Ciara tribute. I’ve never heard a MF spit game like that on a track, or in general, in my life. The vulnerability was raw…also he was so creative with how he structured his verses around her original song; so dope.

Yes, on bootleg…my mama had a homeboy who would come to her job and sell her all the new shit. He knew she had sons back at home who were Rap/Hip Hop consumers.

…and be sure to stream his recently released EP ‘$hook’ here: