[NEWS] SOMETHING IN THE WATER FESTIVAL LINE-UP ANNOUNCED 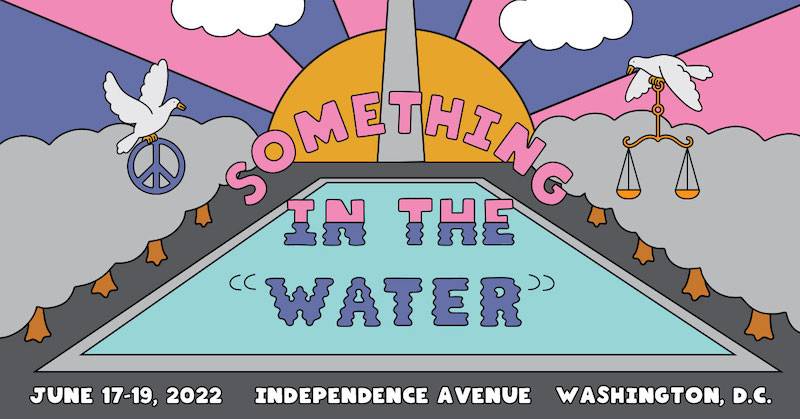 CLIPSE, JUSTIN TIMBERLAKE, N.O.R.E, Q-TIP, SZA AND MORE TO JOIN PHARRELL WILLIAMS AS SPECIAL GUESTS AT SOMETHING IN THE WATER FESTIVAL

Visionary recording artist, producer, songwriter, philanthropist, fashion designer, and entrepreneur, Pharrell Williams revealed some of the special guests that will join him for his Pharrell and Phriends set at this year’s SOMETHING IN THE WATER festival including Clipse, Justin Timberlake, N.O.R.E, Q-Tip, SZA and more.The festival has also announced additional performers including Anderson .Paak and the Free Nationals, bLAck pARty, J Balvin, 21 Savage and local DC groups Bad Brains: A Tribute by Black Dots, TOB and YungManny.  Plus other surprise guests!  The festival will take place in Washington, DC on Juneteenth weekend (June 17 – 19).

Amazon Music will exclusively livestream the upcoming Something In The Water festival for fans watching from home. The livestream will begin at 3pm ET on June 17th via the Amazon Music channel on Twitch and Prime Video and will feature two channels of content—allowing fans a wide variety of artist performances to choose from throughout each day. The Something in the Water livestream is part of “Credit The Culture,” the ongoing celebration of Black Music Month from Amazon Music, which also includes new Amazon Originals from some of the most exciting artists; new playlists serving up music across hip-hop, afrobeats, and R&B; and even more livestreams of some of the most important events happening during Black Music Month.

“Amazon Music always has the most innovative programming and I’m thrilled they have come onboard to livestream SOMETHING IN THE WATER’” says Pharrell Williams. “By livestreaming they are helping give access to so many people who can’t travel to DC Juneteenth weekend.”

During the festival, please make sure to leverage the festival app, website and social media for the latest on these community activities and others to be announced.

SOMETHING IN THE WATER will continue its mission to unite communities, celebrate diversity and empower everyone from the youth to small business owners in Washington, DC. Throughout the weekend, festival goers and non-ticket holders will be able to attend free community activations, programming, panels and more available to the public put on with the help of the festival sponsors. Additional details and programming schedule for the weekend below.

With its roots as a community festival, SOMETHING IN THE WATER has brought together a team of voices representing the District of Columbia’s unique and vibrant culture to inform festival programming.

Three day passes are on sale now at SOMETHINGINTHEWATER.COM.