[INTERVIEW] KAYCYY IS PUSHING THE CEILING 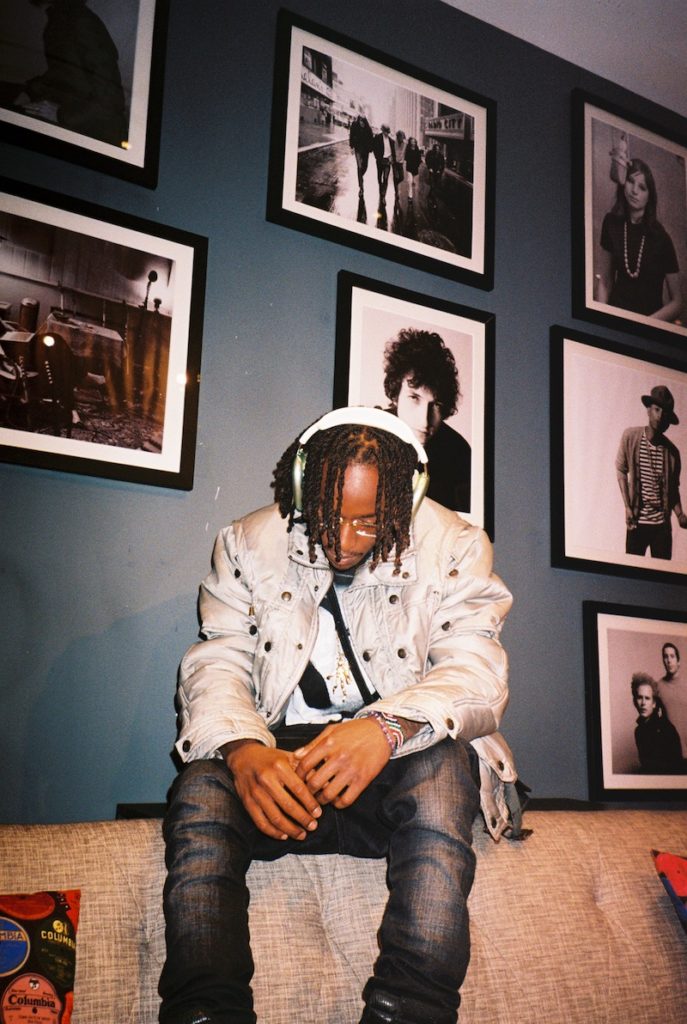 KayCyy is a name that has been in everyone’s mouth this year. Despite being a young artist that emerged relatively recently, he has quickly advanced to career heights that some people work their whole life for and still don’t achieve. Born in the Kenyan heat, and raised in the Minnesota cold, KayCyy found his love for music when singing in a high school choir. He eventually started making his own music, incorporating religious tones he learned in church as a kid, along with sounds of the new era. In the recent past, he has been incredibly busy – becoming a protégé to none other than Kanye West, attending the ‘Donda’ and ‘Donda 2’ camps, lending both his songwriting and vocal skills to those projects while soaking up a ton of game and advice. After meeting once in NYC, KayCyy went to France and connected with French DJ Gesaffelstein for a 3 song EP, accompanied by some intense visuals. Having accomplished so much at a young age, with Kanye West’s guidance and an unmatched sound and energy, there’s really no stopping KayCyy from achieving greatness. VIPER linked up with KayCyy to discuss new music, the ‘Donda’ sessions, being religious, and more. KayCyy’s latest project ‘Get Used To It’ is out now. Make sure you give the project a listen and read what KayCyy had to say below!

Congrats on winning a Grammy for your work on ‘Hurricane’! Huge achievement at such a young age. How does it feel to be a part of the Grammy family?

Thank you, man. It still feels kind of surreal but real at the same time. So I’m ready for more. I’m really focused, like a battery in the back. When I got it, I just wanted to go straight to the studio. To win, for that song in particular, it was dope to me. I felt like I just put that song together.

Before living in St. Paul, you lived in Kenya. Have you been back since your family moved?

Yeah. I went back like once. But it’s been a while since I went back because my mom was able to come to America too so I didn’t have an immediate reason that I needed to go back right away, we used to go there to see my mom.

Do you feel like your music now has Kenyan influence? Do you ever try to mix it into your music?

Absolutely. For sure, I got songs that have Swahili in there and I feel like my melodies and stuff are influenced because I’m African.

Were you doing music while you were in high school?

Were you singing classical or gospel?

More classical type stuff because this was a school choir. Also, I mean choir in church, that’s what intrigued me to do music. I really liked praise and worship. So that was it for me.

Do you feel like performing in a choir helped prepare you for later on in your career?

Oh yeah, I feel like everything helped. Choir taught me like levels and harmonies and stuff like that. Sopranos, Altos, to learn how to arrange the music.

What was it like being in those ‘Donda’ Sessions working on tracks like ‘Hurricane’, ‘Keep My Spirit Alive’, and ‘Flew By You’? I’m sure there’s many songs out there that may never see the light of day that you may have worked on too. What was your experience like?

The sessions were very inspiring, intense, and a learning experience all in one. Soaking a lot of game up, paying attention and also having fun at the same time. It was different. It’s a dream come true to be able to work on Kanye West’s album and be around so many other people that are important in the game that contributed to the project. It was dope meeting new people and new faces every time. Connecting dots.

I heard that you smoked with Justin Bieber?

Yeah, that’s crazy to me too. I just went up to him and he was super humble, super cool. I guess he stayed the night – he came in a big trailer bus thing that he had. I woke up, he was one of the first people that was up and he was playing his music. It was super like loud in that big warehouse. I’m like, yo I’m trying to smoke. I was trying to roll up because I seen him, he just gave me some weed and we started smoking.

You recently dropped a 3 pack with Gesaffelstein. Another crazy legendary artist – what were those sessions like? Did you guys do it all in person?

Yeah, we did. I think we did all the songs in person, in New York actually. We first met in New York and then we did another song in Paris when we were shooting the video for ‘OKAY!’ And ‘The Sun’; we got a chance to lock in and do some music.

I would say yeah. It depends on how much the director lets me. My input does matter a lot. But I do like to let the director just have their way of it and I’ll decide if I like the vision or not. Some songs I already have a whole vision locked in for it, like what I see and what I want from it.

Your song ’24’ is very powerful. What did Kobe Bryant mean to you?

Kobe, he was the Jordan of our generation. When when we lost Kobe, it was a shock to the whole world. I felt like when I made the song, I needed like a healing kind of song that honoured him. I feel like it’s a song for everyone. It was a tribute for sure, but I feel like it’s a healing song for anybody going through it.

Have you always considered yourself a religious person?

Do you still go to church?

Man it’s been a while since the pandemic thing, but yeah I do go to church. The pandemic hit and messed up everything. I would still have like ‘Zoom’ call churches and stuff.

Fivio Foreign’s album ‘B.I.B.L.E.’ recently dropped. What were those sessions like?

Oh, it’s great energy. He’s a good person. He’s easy to be around, just catch the vibe with. We met during the ‘Donda’ sessions in the stadium and that’s where we started building the relationship. We finally got a chance to lock in when he came to my camp; it was really dope for him to do that. That’s where we made one of the songs that ended up being on his album.

The first one, ‘On God’, I’m singing the hook. On the other joint, ‘Hello’, I’m a part of the hook with him singing on the hook, then I have a verse.

You’re at a pretty young age and you’ve already reached career heights that people literally work their whole lives trying to get to. Being nominated for a Grammy, winning a grammy, working with these super A-list artists and soaking up game from the greats. Where do you go from here?

If you’re doing this much at this age, imagine what you’re going to be doing a few years from now, with all of that under your belt and all that knowledge.

It’s crazy to think about, I’m ready for it.

Do you have a place set up in your crib for where you’re going to put your Grammy?

Not yet. I’m going to send it to my mom or something.

Did people have to wear orange at your camp?

Yeah they did actually. We’re still doing the orange theme for this camp too.

Is this something that you were doing prior to the ‘Donda’ sessions? Because I know Kanye had everyone wearing ‘Donda’ merch.

It was inspired by that. I liked how he did that and everybody there was a team and it felt like a uniform.

What are your goals and aspirations for 2022 and the rest of this year?

I want to drop my album. That’s my focus. I don’t know when, but I want to drop it at some point this year at the right time. So we’re just building it to that point, that’s the whole plan. Drop more singles, do more fashion stuff. Maybe walk another fashion show or even design something. I want to drop some designs too.

Do you have any shows or festivals coming up?

Interview and photos by Calvin Schneider 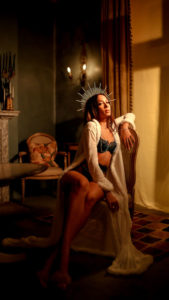 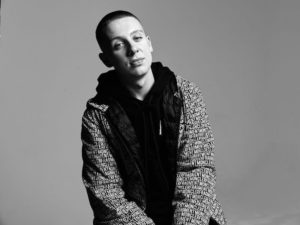 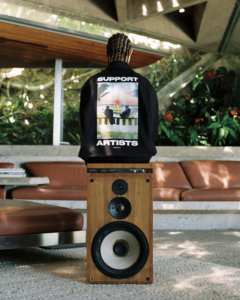