[INTERVIEW] ALDN AND THE FUTURE OF HYPERPOP 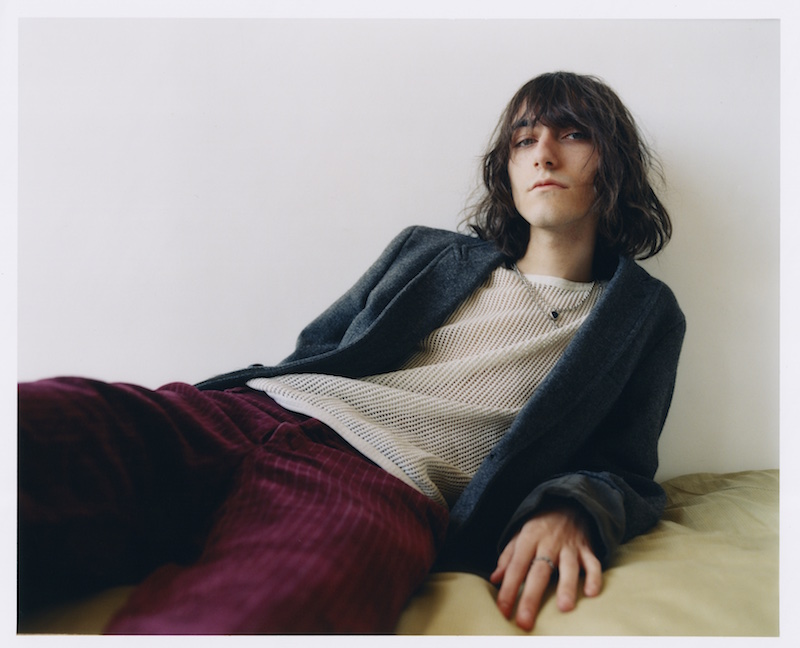 ‘Hyperpop’: A relatively new genre birthed from EDM and Pop, it can’t really be characterised by one sound. Aldn is one of the leading artists of the genre and is destined to be a star. Coming from the small town of Reston, Virginia, where there wasn’t much of a music scene, Aldn created his own. It began when he downloaded Ableton and learned to produce around the age of 11, mostly making Lo-Fi beats he would upload to Soundcloud. Utilizing apps like Discord allowed him to meet fellow artists in the genre like Midwxst, who he would later become roommates with. It wasn’t until Aldn began singing on his beats that he started to see some real traction, and when his first track broke 10K plays on Soundcloud, he knew he had something on his hands. Aldn’s sound is new and refreshing, really giving life and hope for the future of the Hyperpop genre. Gifting us with standout tracks like ‘glittr’, ‘ignorance is bliss’ and his latest project ‘Good Grief’, VIPER spoke with Aldn about the future of Hyperpop, going on tour and ‘Good Grief’…

Where are you calling me from right now?

That’s where you grew up too right?

You haven’t made the the pilgrimage to LA yet?

Nah, I mean I’ve been back and forth a million times, but I hate it there. I’m actually moving to New York with Midwxst.

How long have you been friends with artists like Glaive and Midwxst? You guys are really pushing the whole Hyperpop movement and the most stand out artists from the whole genre.

I think I’ve known Midwxst the longest, I met them all through discord servers and stuff. I definitely met Midwxst in a discord call randomly one day. I remember talking to Glaive the first time, I think it was over SoundCloud DMs and I was congratulating him on 1000 followers on SoundCloud.

I feel like now with NFTs, the metaverse, crypto and all that stuff, everyone’s jumping on discord. You guys were ahead of the movement.

Yeah in a way I guess so. We were all using it for gaming but then started using it for music too. We were using it for its original intended purpose and then it started branching out into literally anything. You see how schools use it now and stuff it’s just crazy.

At what point did you start realizing that your music was really moving?

I had always been uploading beats to SoundCloud. Just like beats, Lo-Fi beats or Dubstep beats and stuff. I tried out singing on one of my beats one time and that’s when things started getting more attention. My first song I put vocals on hit 10K plays, which was the most plays I had at the time. So I was like, “Oh, I’ll just keep doing this.” Then it was fun, it kind of became a habit to put my vocals on every beat I made.

If you could give a name to your fan base, what would it be?

What’s your production setup like these days? Are you producing all your music by yourself or are you working with other producers?

Right now I’m mainly just producing everything for myself. I don’t know, I have a thing where I like doing everything myself when it comes to everything, even like the visual stuff too. I want to try to have a part in that, all the production has been myself and then what I like to do is get a good foundation of a song going and then I’ll bring it to producers that I really like and have them work on it just to round it out. I’ve worked a lot with Jeff Hazen who produces for Glaive, the producer who produces Yves Tumor for this next project. It’s almost Rock sounding so he was a good fit for a couple of songs.

What is your DAW of choice when you’re producing?

Ableton all the way. That’s what I learned on when I was 11 or 12. I got an Ableton launchpad and it came with the free version of Ableton. I was using that for like a year and you could only place like seven tracks or something, there were work arounds and stuff. You could freeze and flatten those seven tracks and then you can have more. It was so annoying just working around a bunch of limitations that they put in to the free version. Eventually I just got it, now I actually own it. How are you going to know that you want to make music if you don’t have the DAW yet? You have no clue what it’s going to be like until you have it. No one’s going to just throw $800 into a program that they don’t know if they’re going to use forever?

What was the music scene like in Reston, Virginia as you were growing up?

Coming from a town that didn’t have much of a music scene, what artists were you influenced by?

Definitely like SoundCloud artists, really obscure SoundCloud artists. There were a few, I think they were kind of just making beats like Rap beats and stuff and they wouldn’t even put vocals on their music. Big inspirations in the beginning.

What about Rock influences?

Yeah, definitely. I grew up with a lot of like Fallout Boy and My Chemical Romance and stuff that was all from my brother. Then playing a lot of Rock Band and Guitar Hero, I would always find new music through there. Also listening to music that my dad would play like The Cure and The Smiths. So that’s definitely a deep rooted influence.

I feel like you recently did a tour with Glaive, and now it looks like you got some more shows coming up.

I’m doing just a couple headlining shows may. There’s one in New York, then one in LA, there’s been talk about doing a tour with someone opening but we’re still thinking about it.

What was the vibe in the room when you created ‘Glitter’?

I made that in like three hours or something in this exact room; it was just darkness. It was dark in here that was the vibe, it was a weird vibe I’d say.

Do you have a ritual when you record?

Yeah, I definitely get into a zone when I record. I usually have a really hard time focusing but when I’m making a song and I get into that headspace, I don’t stop until I’m finished with the song. So I’ll be sitting down for like six or seven hours until that song is finished but I won’t even realise that seven hours have passed because I was so focused.

Now you are gearing up to drop a new EP.

What can you tell us about it?

It’s much more live instrument focused. After tour and everything, I realised how much fun the live instrument sound is because I had a band with me and everything. I was experimenting a lot more with playing my own guitar stuff and then my own bass stuff and all that. It’s much more Alternative leaning than Hyperpop, but I still kept the original elements of why people like my music in the first place especially with melodies and stuff.

When you’re performing live, do you ever play guitar or bass?

Usually the way I’ll record bass and guitar and everything is, I’ll just play an individual section. I didn’t grow up playing instruments or anything so I don’t really know what I’m doing but I make it work somehow. I just play sections of the song and make it up as I go, basically. I want to get to the point where I can play live in concert with the bass or guitar while I’m singing.

Considering the Hyperpop genre is still relatively new, where do you see the genre going from here?

I think it will go off into different branches. There’s obviously the group of people that are doing Rap-type Hyperpop and there’s people like me and Glaive that are doing Pop and Alternative Hyperpop. I think it’s all just going to branch off into those genres and then Hyperpop is going to fizzle itself out. The genre itself is going to disappear and the kids are going to grow up, it’s going to morph into Pop and it’s going to morph into Rap; that’s just my theory. It’s definitely making its way into the mainstream, it could either go one way where Hyperpop starts getting put on the radio or it’s going to be Hyperpop morphs into Pop and that’s already radio music anyway.

Have you been played on the radio yet?

I think I’ve been on a few stations, I can’t remember exactly which ones; I think there was a Sirius XM one at one point. I’ve never been too focused on radio, I definitely would want my music played on the radio more, that would be cool to have it playing like once a day on a station or something you know.

What’s something that you are excited for personally right now?

Number one is moving to New York for sure, it’s something I’ve always wanted to do. I never thought I would be able to or have the money to, but I do now which is nice. The other thing I’m excited for is releasing the next EP and everything because I think it’s my favourite music I’ve made so far, I’m excited for it.