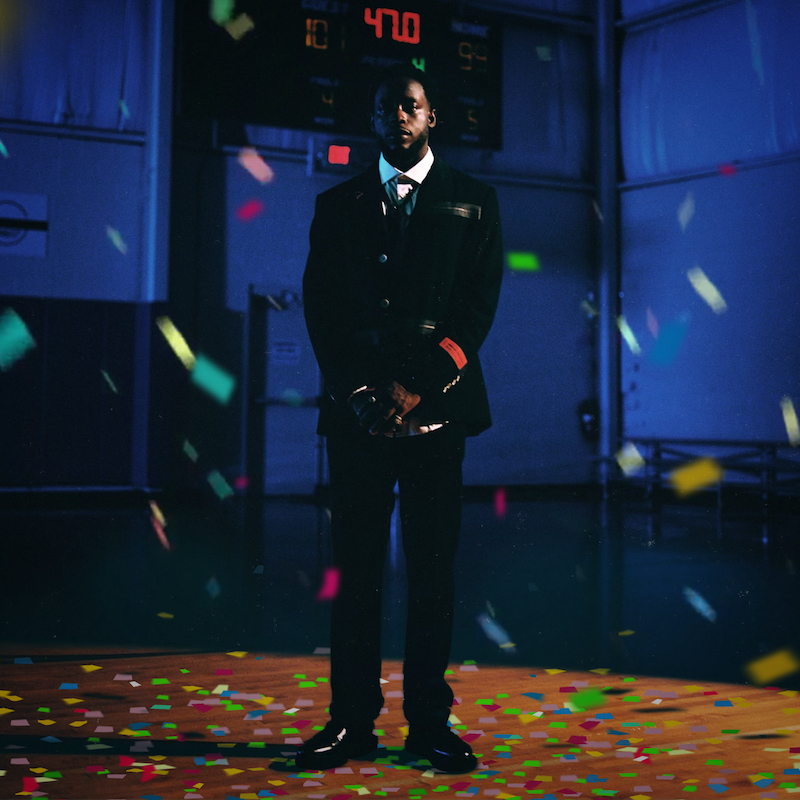 Grenadian rapper T-Shyne is an exciting and bright new force in Hip Hop. Early in his career he connected with producer TM88, eventually they lived together in LA, making music and doing shows. One day Young Thug was looking for a new DJ and opening act and after a few practice shows with T-Shyne, the crew was added to the tour. The rest is history; he would go on to sign to Young Thug’s label YSL Records, with a successful music career following. He’s since landed placements on Young Thug projects like ‘On The Run’, ‘Slime Language 2’ and ‘Punk’, plus tracks with Meek Mill, J. Cole and numerous others.

His latest project ‘Confetti Nights’ is executive produced by Young Thug and NBA legend, Kevin Durant. When asked what the project meant to him he said, “For me it’s the championship aspect of it. That feeling when you get to the top, you win and that confetti comes down.” The star studded track list includes features from Young Thug, Nav, Gunna, JID, 6LACK, Swae Lee and more. VIPER caught up with T-Shyne to discuss his latest project, his love for basketball and how he signed to YSL…

Yeah, from Grenada, that’s a fact.

Have you been back since you started making music?

No, I haven’t. I planned on it two years ago but then COVID happened.

Do you plan on going there at some point soon?

Do you ever use Grenadian influence in your music?

Definitely, I grew up on that. Reggae music and Calypso, it’s a different style of music so I definitely have those influences in my music, 100%.

Were you playing basketball before you started doing music?

Yeah, in school I was playing basketball but then I got into the art side of making music and then that became my focus.

Do you have a favorite team and are you nice at ball?

Yeah, I could ball for real. The Lakers, that’s been my favourite team since I was a kid.

Do you go to a lot basketball games and link up with players?

Yeah most definitely, I go to games here and there when I can. I got different players that I have an actual relationship with for instance Brooklyn Nets, KD that’s my guy. I go to Nets games and link up with KD. He’s executive producer of the project.

Honestly we just started talking on Instagram originally. Basically like “I fuck with you and what we do.” We linked up at Rolling Loud in New York, that’s when we first met in person. You know, as you become cool with somebody you start talking more and you’re sending music. Basically I was like, “man it would be dope to have you on board for the project.” He’s said, “whatever you need!” I was like, “you can just executive, I want you to hear the songs and tell me what you really think.” Man, one KD, he has a great music ear. Two, he’s giving out real opinions of the songs and telling me like, “I like this one right here or maybe not this one.” He really was a part of it.

So I’m actually from the Hamptons, but I’ve lived in the Bronx for eight years; I rep both basically. In my older years, the Bronx is where I grew up and got to understand where I want to go with the music. How I signed to YSL was, I was doing a lot of work with TM88 and we started living with each other in LA. It was like me, TM, Strick was there and my boy Veedoe, we started living together in LA. We were doing a lot of these shows and Thug was looking for a new DJ because he had Metro Boomin the year prior but Metro wanted to stick to the producing. So he hit us up after he saw the shows and he was like, “Man I want you guys to come do like three practice shows and if it’s fire, I want y’all to come on tour with us.” We did the shows and the rest is history, we locked in ever since.

For me, it’s the championship aspect of it. That feeling when you get to the top and you win and the confetti comes down. The original picture was a Kobe Bryant picture I had seen, this was before I had the title and it was just after he won the championship. He had his arms open out and the confetti falling. That image, I was like “man, I need this to be the cover.” Obviously you can’t use a Kobe Bryant picture as your album cover so we did what we had to do with it. That was the image that I saw that made me think, okay this is what I want to do with the project and where I want to go with it.

It has a crazy star studded track list. Which was your favourite song to record or work on from the project?

‘Still Ain’t Finished’, the song with me and Gunna. That was a dope one to work on, we did that in New York. I live in LA now so I mainly record out here, but it was dope to go back to where I’m from and have Gunna with me. That night was just a dope night, KD pulled up on me before that. The vibe was just dope and it was just great energy. So I would say that was one of my favourite ones to record on there for sure.

I haven’t heard the track yet, but I’m curious about ‘Speaking My Truth’. What is your truth?

Like I said for ‘Confetti Nights’, it’s like a rookie moment where you don’t get any playing time until the championship, when it’s all said and done. So ‘Speaking My Truth’ is like that, it’s just me talking about my life. The ups and downs and all these different things that I’ve been through in my life, it’s a deep record and definitely one of the more lyrical ones on there too.

The ‘Slime Language 2’ album cover is iconic. What was that day like?

It was a family reunion really, the whole family was there. Everybody was chilling, laughing, eating and putting drip on. Everybody was doing their thing, it was just a great day, a happy day. Everybody was smiling and having fun, having a good time.

Nah a lot of times we’re always deep, even at the studio. Our studio is called the Snake Pit and we all work out of there. At any time, it might be Thug working, Gunna working, I’m working, Strick working; it could just be anybody working. We’re all YSL but then we have our friends who we all mess with so it could be a lot of people for sure.

Is there a place that you prefer to record?

I record most in LA because I have a studio at my house. I like recording at home because it’s home, you know what I’m saying? I can record and after that I might go upstairs and start playing video games for a little bit or something, come back down and go back on it. So home for sure, I love when I go back to New York and I record there. The next place I want to do something in is Hawaii, I want to go and try to do the next project there.

Do you have any other videos planned for the album?

Yeah, most definitely. Me and Gunna, we did one for a ‘Still Ain’t Finished’, so that’s a thing and then I got a couple more. One is for the first song on the project.

‘Stay There’ with J.I.D, are you guys going bar for bar on that one?

I’m not going to lie, it’s hard to hang with J.I.D man! That guy’s crazy, his flows, his bars. It’s definitely a song that’s barred up, so many bars.

Do you plan on taking this album live and going on tour?

Yeah, I want to definitely do a tour. Obviously with COVID starting to clear up now, a tour can happen now finally. I definitely want to start performing these songs and getting out there 100%.

So we have this project and definitely my debut album this year too, definitely expect that. This project is amazing and we’re on that right now, but that’s definitely next in line. So I’m excited, 100%.