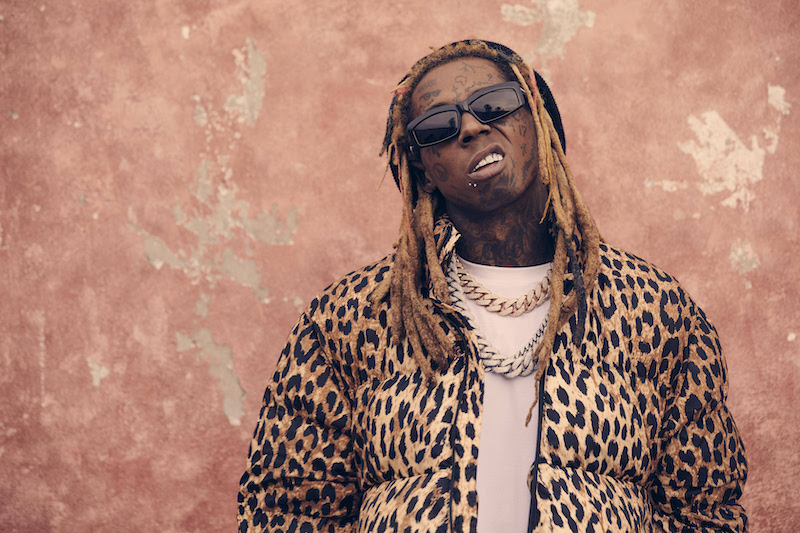 After announcing themselves as a major new force on the UK weekend festival scene last year, Strawberries & Creem returns bigger and better for 2022 – today unleashing a stellar, one-of-a-kind line-up for their return to the stunning Childerley Orchard, Cambridge. The fast-growing festival also expands again, now becoming a full 3-day event from 17-19 June.

In a festival exclusive, Strawberries & Creem (partnered with GDK) announce that they will be joined by one of the biggest rap legends on the planet. After a hiatus of 14 years, LIL WAYNE will return to the UK for a historic set at Strawberries & Creem – his only show in Europe. Hitting the scene at just 12-years-old, Lil Wayne has sold 20 million albums worldwide with a prolific body of work that includes hits such as Lollipop, A-Milli, Mirror and She Will. With 5 Grammy awards, 12 Top Ten albums on the Billboard 200 and platinum selling records, Lil Wayne has established himself as one of the greatest rappers alive, and his long-awaited UK return will be a summer festival highlight not to be missed.

Strawberries & Creem festival will see three incredible artists make their debut UK major festival headline performances. R&B singer and songwriter Ella Mai will headline Friday. Already nominated for Grammy Awards for Song of the Year and Best R&B Song, Ella Mai will delight crowds with new music off her upcoming album. On Saturday, chart-conquering star Mabel will dazzle festival goers with a deluge of hits. Sunday will see Nigerian singer and upcoming producer Tems close out the festival, bringing with her a unique Afrobeats, R&B and neo-soul style which is redefining the Nigerian music scene.

Joining them is Tion Wayne – whose chart-topping track Body with Russ Millions became the first ever number one drill record – and UK grime and rap star Ghetts, who has become one of the few British rappers to achieve Mercury, BRIT and Ivor Novello award nominations.

Also added to the Main Stage – which is officially partnered by leading youth culture platform ImJustBait – is Ms Banks, whose sharp rhymes and wordplay have seen her quick rise in the UK rap scene; Rema, with his genre-transcending Afrobeats pop sound; and veteran DJ & tastemaker David Rodigan, who will bring the very best reggae sounds to the festival.

Strawberries & Creem consistently champion future music stars too, and 2022 will see an exceptional array of rising artists taking over the festival once more – including rapper Knucks, soul hip-hop duo Children of Zeus, and rapper & singer Enny, all of whom are swiftly becoming leading voices in the UK’s flourishing scene.

Also playing is British-Ghanian producer JULS who has cut records for a range of artists from Lauryn Hill, to Tyler the Creator, to Mr Eazi, as well as Singer-songwriter Pip Millet who is taking the UK by storm with her emotive R&B and soul, the joyous Afro-pop sound of Tamera, 4-piece musical collective The Compozers and Bellah whose music’s honesty has led her to the forefront of the next wave of UK R&B stars.

After bringing SL, Loski and Central Cee to the stage in 2021, UK rap tastemaker and friend of the festival Kenny Alllstar & Friends returns for a next-level showcase of the country’s hottest rap talent. The Notting Hill Carnival Takeover is also back after the momentous and hugely successful inaugural partnership in 2021 – bringing all things carnival to Cambridge. This year’s celebration will see even more magnificent dancers, carnival couture, steel drums and DJs, transforming S&C into the ultimate carnival spirit and vibe.

The Renegade Roulade Drum & Bass stage is back with a phenomenal bang, with DJ sets from heavyweights including long-time hit makers Wilkinson and Sub Focus – who have both journeyed from the underground jto global dance music superstars. Legendary figure in the liquid D&B scene High Contrast will get the crowds moving, as will ever-evolving new wave trailblazer Kanine. The raw and uncompromising, highly-respected Calibre will also join the line-up along with multi-genre, multi-talented producer Flava D. On top of that, the Renegade Roulade stage will partner with some of the hottest underground labels out there including Critical XX and Born On Road for some sensational B2B sets, plus much more.

Strawberries & Creem have also announced their line-up for the Studio S&C Dance stage. This year includes a diverse range of talent including the iconic partystarters Horse Meat Disco, Scottish DJ Éclair Fifi and Melbourne mainstay CC:DISCO. It features a team up with Cuttin’ Headz (the Martinez Brothers’ imprint) takeover – which will include the finest DJs such as New York sensation Dennis Ferrer, dynamic duo Mason Collective – who are rapidly rising through the underground dance scene – and exciting new talent Fleur Shore, whose non-conforming sounds are set to go down a storm. Plus many more still TBA.

If that wasn’t enough, the one and only Katy B and Lisa Maffia (formerly of So Solid Crew) will join the Girls Can’t DJ x Havana Club stage for very special performances. All-female collective Girls Can’t DJ will once again be bringing the party by unleashing outstanding talents on the decks – including Jordss, LIL C, Almass Dadat and Janelle Wynter – to bless crowds with the best sounds in Soca, Dancehall, Amapiano & other carnival flavours.

Strawberries & Creem continue to lead the industry in gender equality on line-ups, providing female talent with highly-deserved headliner slots and championing women across the festival. After the success of the pioneering Safe Spaces Now: In Music initiative in 2021, S&C will be scaling up their collaboration with UN Women UK – working to achieve gender equality in crowds, as well as on stages. Measures to tackle sexual harassment and abuse will be further strengthened across the site, ensuring that women’s safety is a top priority.

Festival Co-Founder and booker, Preye Crooks said: “This year, as we scale up to a full three days, we wanted to ensure our musical offering matched that level of ambition – as well as reflecting our incredibly diverse crowd. We have gone further than ever before to bring exceptional artists together, showing Strawberries & Creem to be a major player on the weekend festival scene. As a team, we also wanted to shine a light on some amazing genres and artists that aren’t always celebrated in full at other festivals. We hope we have curated a truly representative and exciting lineup, one that offers an unrivalled experience to our festival goers – covering everything from D&B and dance music, to reggae and R&B.”

Pre-sale tickets are exclusively available to registrants from Monday 21st February at 10:00. You must sign up via the Strawberries & Creem website to access these. General sale tickets are available to book via Ticketmaster from Tuesday 22nd February at 10:00. Tickets start at £59.50 for the Day and £159.50 for the 3-day Weekend. VIP, Hospitality and Glamping / camping options all available, with an expanded on-site campsite area for 2022.

Discounts and a limited number of free tickets are exclusively available for NHS staff and other key workers via Tickets For Good. Founder & CEO Stephen Rimmer said: “We’re absolutely delighted to be partnering with Strawberries & Creem festival again this year to help increase access, inclusion, and wellbeing with free and discounted tickets – giving something back to our hard working NHS staff, locally and across the UK, and now to key workers too.