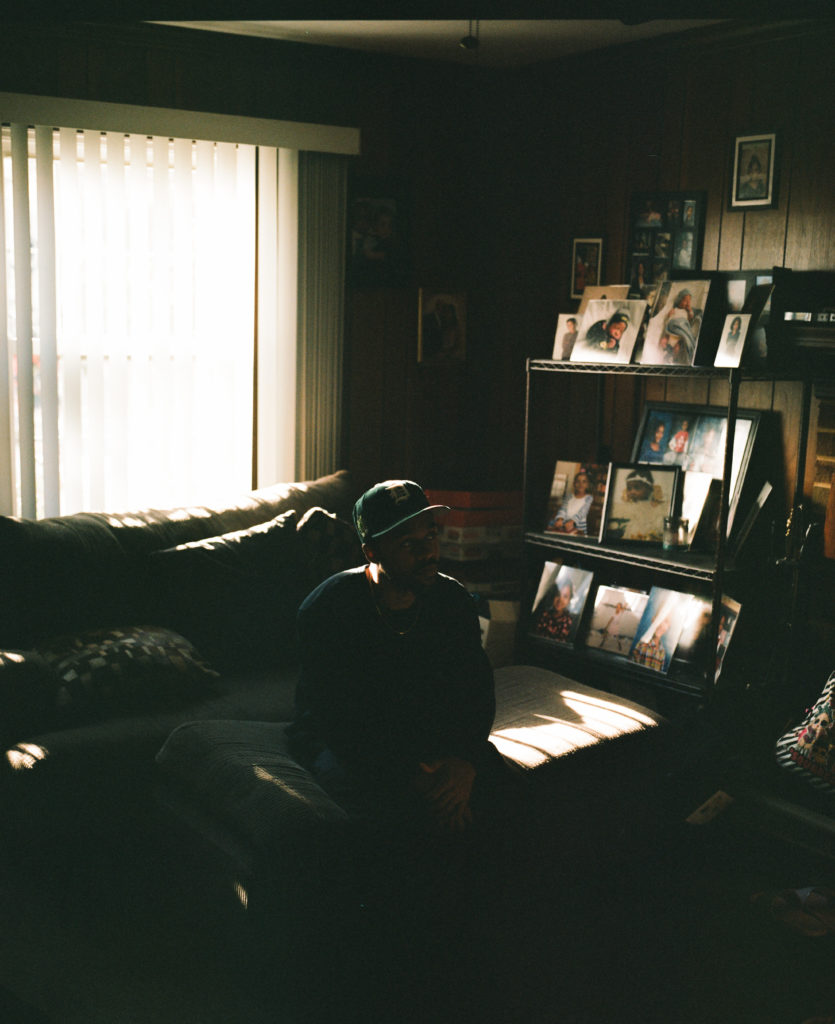 If home is where the heart is, then Jesse Boone’s permanent residence lies in the smile creases of his community. With a legacy that’s housed in the laughter of his neighbours and the infinitely welcoming doorstep of a childhood home, the premise is set for his new song. Boone’s music is saturated with warm lyrical reflections and sunset tones. His latest track, ‘When I’m Gone’, is an ode to the cycles of living, along with the desire for purpose and conscious presence. On the song Jesse highlights the seasonal transitions of life between starting afresh, passing through and the moments of significance that tie it all together.

What vibrancy or texture do you bring to the world?

A firecracker. The way I see it in my head, it’s a vibrancy. I would hope – and what other people have described it as – is an optimism and energy and I think it feels like a firecracker. It’s just exciting, it pops, it sizzles down at some points.

What set that firecracker alight?

I think it was just gaining perspective; there were a couple of things which attributed to that but I think the main ones were the realisation that life is short. You want to enjoy it as best you can. So who cares, enjoy it; if you want to sing out loud, sing out loud. You want to dance in public? Dance in public! Wear what you want to wear, as long as you’re not harming anybody obviously. I think when that clicked for me, was when I got tired of all those feelings and moments of being afraid. Once I got tired of all that, I was like, you know what? I’m going to do what I want, I’m going to chase my dreams as hard as I can.

What’s a lesson that you’ve been taught in the last year, about the legacy you wish to leave?

It’s hard to say because things are still changing and evolving, but I think the legacy I want to leave is that when I look back, Jesse ‘the artist’ and Jesse ‘the human’  just added. Whether that’s a lot or just a little bit. Whether that’s just as a source of inspiration or a feeling; if it’s just honesty, where it’s hard to find for some people, or a sense of community where someone can’t find that. I just want to add, even if it’s just a little of that, to somebody’s life. If people look back on my legacy and say that I did that, I think I’ll be fine with that.

Can you think of a song that added to the tapestry of what Jesse Boone came to be?

Man, I couldn’t give just one. There are so many, but I think one of the most prolific ones would be ‘My Beautiful Dark Twisted Fantasy’ by Kanye West. I think that’s because through the instrumentals and the record, Kanye was able to capture duality and humanity in a way that’s really interesting to me. We’re all people, we’re quick to judge each other but there’s good and bad in all of us.

You talk about the importance of Kanye West capturing the duality of human nature, are there any other things that are important to you that you’d like to capture in your music?

I think one is that we’re all the same, no matter where we’re from or what we look like, we’re all the same. We’re all living in a small window of time in this human experience, we can’t be so quick to judge each other. We should all treat each other the way we wish to be treated. Also, the gifts that I have and the gifts that I put on display are not my own; the gifts that came naturally to me were gifted to me by something bigger than myself. So anything I’m being seen to do – and the things I will do – are possible if you just take the time to tap into that and align yourself with that. If you align yourself with your dreams and goals, anything is possible for all of us. Our spirit is limitless, we can go out and get anything that we want and desire if we just realise that.

Do you have any rituals or sacred ways of freeing yourself up to go and write?

I think a thing that comes naturally before I write is that I clean my room. Or even if I’m in a different space I notice myself cleaning the area around me before I’m writing. I don’t know why that is though.

That’s about attaining clarity. Shunmyo Masuno, a Japanese Soto Zen priest says when you remove your shoes you must always line them up. When you enter a house, if the footwear is perfectly lined up – or if it’s all chaotic and messy – you can tell the state of mind of the individual living in the home. It’s about being able to bring clarity and stillness into the realms of your spirit by setting that tone in the physical space around you first.

How important are the visuals of the music video, to the intent and heart of your latest song, ‘When I’m Gone’?

The thought behind this video was to let the artist be seen; to be seen in the light in which I put into the song. This one was really important because of the intention behind why we did a video, which was to capture me at my truest element. I think this was also the most effortless video we did, because it was just honest. The shots we put together [were of] us walking around and getting shots of my family in our natural elements. Everything was super natural, the colours and textures of the video is what my life feels like, especially when I’m back home. I enjoy that not only [do I] feel I captured that in the song, but also to be able to see that as well.

Why is it important people see you in that element and view you with intimacy in this familial world?

Because I want people to be able to see a little bit of that in themselves and if they can’t, you can access that through me. One thing I learned recently is that as soon as I put that song or work out, it’s no longer mine. It’s ours now and what it does for other people is not up to me, so what that song does for me, I put it out and hope that it does that for you. Whatever it is, it’s now yours and I hope that you can find some type of joy in it; some resemble of your home or nostalgia. Whatever it is, I hope you can tap into that whenever you listen to this record.