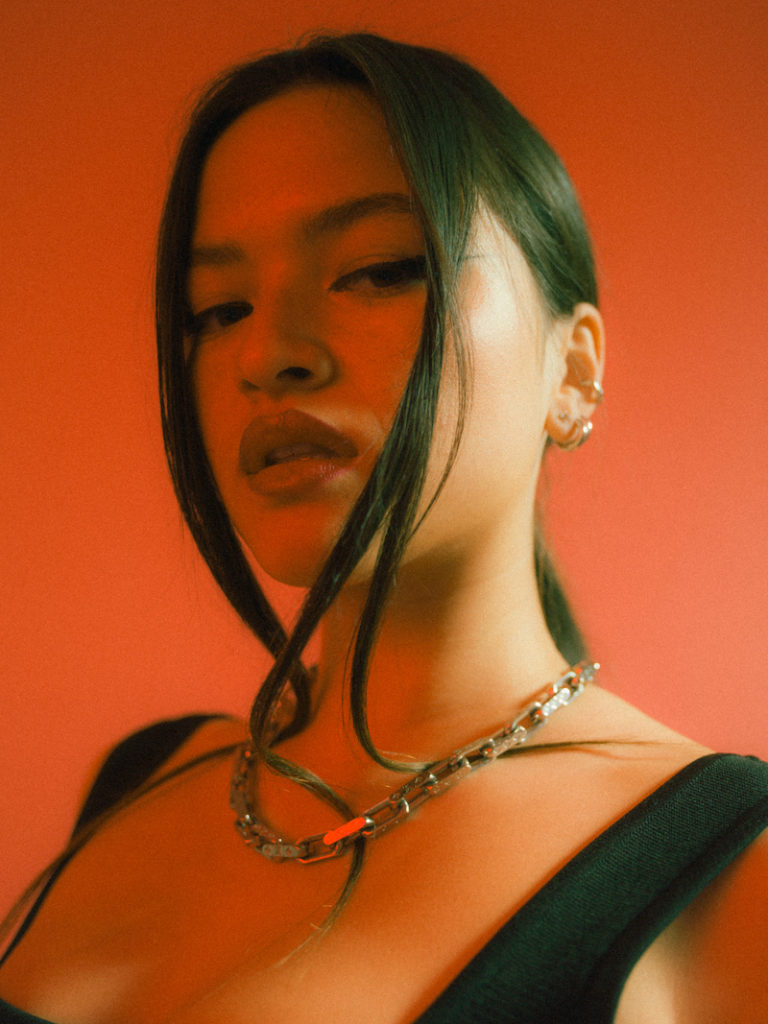 It was the first non-Pop album that really got to me and still today, I think the whole aesthetic of the album is just so cool. It’s so tastefully curated but also tough and bad. It has these harsh, high-end industrial sounds but also smooth and sexy vibes all at the same time. Also, to just say it bluntly: the album is a total fucking vibe.

In the cafeteria at my high school, a friend of mine showed it to me and we listened to it secretly [laughs].

Looking back on it, I think it did. I was 14 when it dropped and I think maybe that was the age when I really got “into music.” I obviously was into music ever since I was born but I think that at that age, I started to “dig for” and listen to the non-commercial-radio artists. As a kid, the only artists I knew were the big Pop stars you hear on the radio. There weren’t really any resources to discover non-commercial artists before that, or maybe I just wasn’t old or cool enough to have access to them. So since that moment, there was a whole musical realm I discovered and that influenced the music I made in my “baby years.”

To be real, I thought the cover was a bit ugly … #nodisrespect

I never had any physical copies of anything #millenial