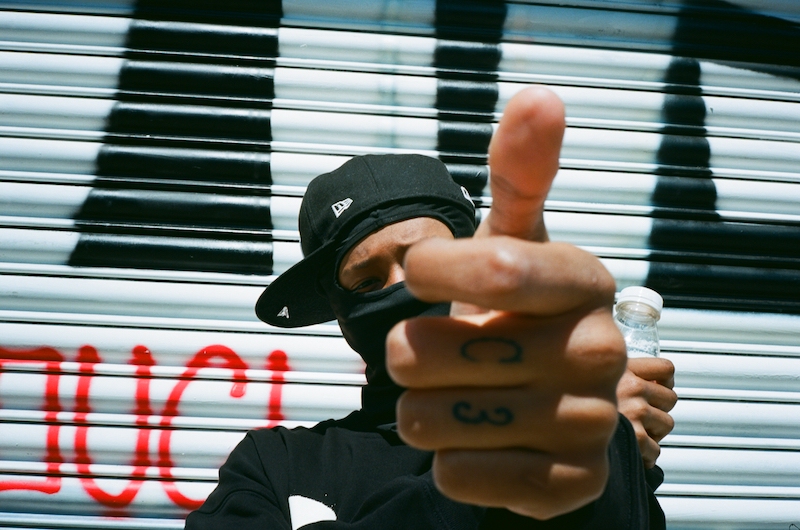 With just three songs, Kilburn rapper has the industry desperate for more. But ladies, just don’t ask how old he is…C3 Boogie caught our eye with a trio of Drill bangers, culminating in the ‘Plus One Freestyle’. Aged only 18, with an incredible sense of humour, this Kilburn MC should be added to all your playlists immediately! Get to know him before he blows, and get ready to LOL.

You’ve been on the scene for about nine months, tell me about your career so far, have you always been known as C3 Boogie?

True say, people used to call me C3 before I started music. I was seeing a lot of people my age doing music and I just thought, ‘I could do that as well’ so I did it. Really I’ve got a lot to talk about due to upbringing and such, what I’ve been around and what I’ve experienced. So yeah I just kinda slid right in.

Did you record a lot before you dropped your first singles?

Yeah I recorded a couple of songs before my first release, I think I recorded about three or four but I never thought they were good enough so I never released them. Then I made ‘Lean Out’ in July 2020 and dropped it in October after that.

Recently the ‘Plus One [Freestyle]’ blew you up to a bigger audience, the song is a freestyle but it sounds like a single. Was it a throwaway?

It was actually a throwaway. I was at my manager’s house, I was going through songs in my notes, I’ve got a lot of songs in my notes and that. Then I spat this one on a whim, I wasn’t really expecting him to like it and I spat it. He was like “Nah run that back, run that back” so it’s history from there really.

The song’s serious but I always laugh at the end when you say, “she ask how old am I, I said baby girl don’t ruin it” – was that on your mind at the time?

[Laughs] It was an experience I had. I remember I was chatting to some girl, she was about 26. I was 17 at the time and everything was going well and then she was like, “I never asked, how old are you?” I was like, “ahhh you had to ruin it init? You had to ruin it.” So that’s where that came from.

Do you find older girls are more into you after the lyric?

Older girls have always been into me but obviously they can’t tell how old I am so normally they just don’t ask. Then you get the odd few that are like, “how old are you?” And it just fucks up the whole process. I’m not gonna lie about my age, that’s a bit weird.

So now you’re encouraging girls to not ask the question?

[Laughs] Besides that, what’s the lyric of yours that people reach out about on social media?

I’ve had a few weird DMs because on ‘Turn It’, I said, “Or I might just give em a sibling ‘cause he know I got dick for his mother.” I said that, so I get a bunch of weird DMs. It’ll be like a random account and they’ll be like, “Can you please give me a sibling?” with heart eye emojis. I’m like, what the fuck? How does one respond to that? I like to respond to my fans but what do you say to that?

[Laughs] It is a bit weird when you’re basically saying you’ll impregnate their mums.

Is that the weirdest thing a fan’s done?

Do you feel your audience is a mix of gender or mostly male?

It’s mainly boys, or it’s only boys that I see reaching out and liking my posts. I do see a few females but I’d say they’re definitely a minority in my fanbase.

You said your new project is 90% Drill, what’s it mixed with?

Yeah defo Drill and R&B but to be honest, I do have a lot of Drill songs but I’ve got a lot of other songs that wouldn’t be classified as Drill because I don’t classify myself as a Drill rapper, I classify myself as an artist, I can do a lot of other shit, I’ve got a song singing and shit. I don’t wanna be stuck in that box because a lot of Drill rappers fail to understand that, when you’re a Drill rapper and you only make Drill, you can only progress so far. Rather than being an artist and doing other genres when you can collab with other people and bring it to a new high, or just reach new people with your music in general.