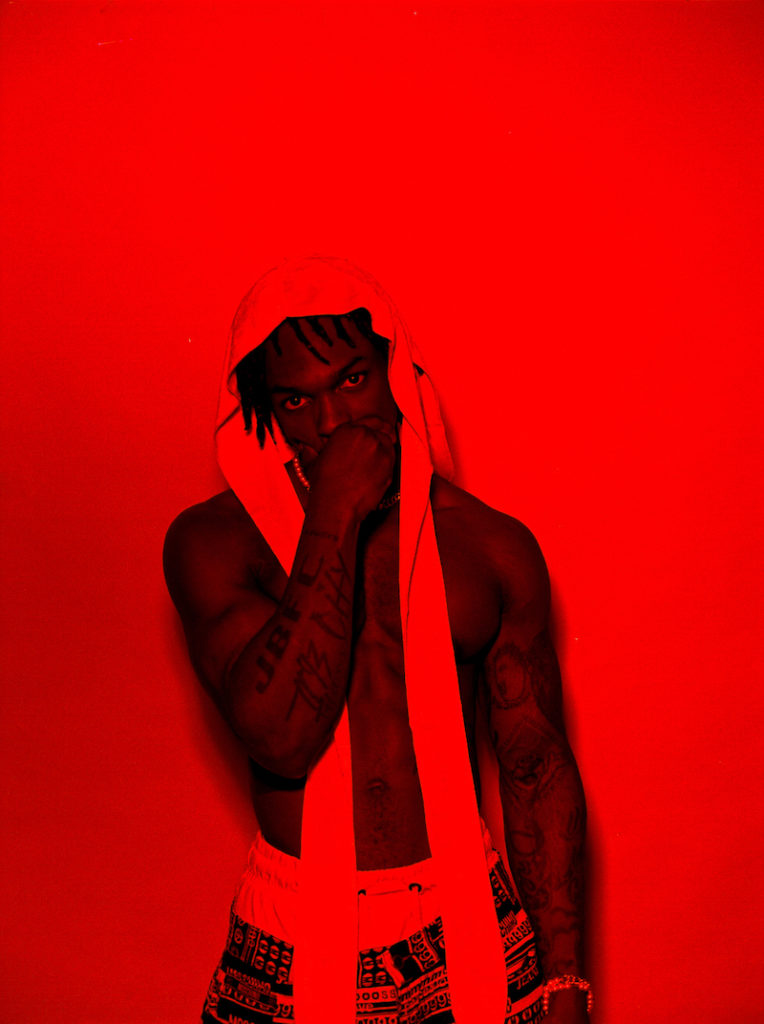 From Lagos to London, Kida Kudz has spread his “Jiggy” sound worldwide. He talks about balancing music with fatherhood and what we can expect from his upcoming project. Moving to London in his teens exposed Kida to the hard hitting British rap scene, which he later merged with the Afrobeats sound of his home to construct a sound that stands out from his peers. Working from his home studio throughout the pandemic, he’s ready for the world to hear new music.

‘Animalistic’ is your recent single, is it the first release from your new project?

Yeah I haven’t dropped nothing off it yet, this is the first song.

The video is very cinematic, how did you come up with the concept and get it all made?

It was me and my friends in Nigeria and I told them, “I’m on fire right now bro, I wanna be on fire but happy on fire, not in hell fire.” Because when people think of on fire, the first thought is, “why you wanna be in hellfire?” But it’s not hellfire, we’re actually lit, literally. It’s just putting the energy that I had in the song, quickly in the video. That’s what we tried to achieve. There’s a scene where there’s fire in the circle, I lit that, I did that. ’Cause everyone was shook to light it up so I took the petrol, put it in the corners and the fire went, “shzooom.” That’s all I wanted, fire, I wanted people to feel sweat. The video shoot was like I was performing on stage, I can’t lie to you. But yeah ‘Animalistic’ was the greatest energy that I put out there this year.

You have amazing visuals already, do you find you compete with yourself to make the best video you can?

Yeah to be honest, I learnt from the OGs. R.I.P. DMX, Tupac. I like the 90’s and some of the 80’s, I love them Boyz II Men videos. I wanna make a video in the rain, you know them ones where it’s raining and they’re just spinning and crying and talking about a girl. Yeah, maybe that’s the kinda thing I need to try and step into, I’m tryna get on that level. I’m not really into what my age group are into, I feel like I missed a lot so I need to catch up first on all the things that I missed. I think I just compete with the next Kida, like what was last Kida like? Last year I never had no locs in my hair but this year because of corona, I was like might as well leave my hair to grow out. So I’m more of an Anime character now, that’s what I’m trying to go into. I wanna shoot anime videos and stuff, I wanna have a series every week for kids, it’s part of the plans man.

You’ve got big dreams! Does it help having two sons? Are you ready to create things for them?

Yeah the thing is, it’s actually not fair because I’m very young right now. I’ve also got my young babies, I don’t wanna miss out on that time of their lives. I pray everything goes easy enough for me to bring my kids up everywhere I go because that’s my pride, my first pride. I’m just trying not to miss my kids growing up because I know I still got a lot of work to do, but so far my boys are rock stars, both of them. They ain’t got a choice, they gotta eat so they gotta be on road with me.

How did you balance lockdown and being a father while making music?

It was hard but the thing is I recorded my tape in my living room, that was the good part of it. I’d wake up in the morning and go studio because I record myself a lot. But also I’m a father and I have a routine I have to follow, ’cause my bosses are my kids. I live with my partner as well but it doesn’t make anything that easy because sometimes we’re both tired! But I’m still an artist, no one really cares if Kida didn’t sleep alright, I still have to work. I wouldn’t say it’s easy, everyone out there make sure you’re ready for it, there’s nothing that can replace that. When my sons are up I’m like, “Wow, this little baby actually needs me to be up as well.” They need you to stay up and they go sleep, they nap in between but you have to stay watching them. It’s a beautiful thing, just make sure you’re looking after what’s yours. That’s my responsibility in life, I can’t run from that.

Has it changed how long you make a song? Because time is limited now.

I just came back from Nigeria, I had to go to shoot videos and work and I made over 50 new songs. I’ve actually got stuff ready for next year and the year after, that’s how I work basically. I work two years ahead of me, so if I wanna go to a record deal, I go in there with all my songs ready. I’ve never been into a deal, I go in with my videos sometimes because I like to work a lot. I’ve always been like this so when I had my kid, nothing actually changed cause that’s my habit. I wake up, work out, go to my studio, so I’m just carrying my kids along with this. My first born son loves the studio, he’ll pick up my headphones and put them on his head and he wants me to say “Jiggy.”

Has he got any features on the upcoming project?

Nah his voice is in one of my tracks and I left it there ‘cause it was him screaming and it was on beat. I was like, “publishing bro! Let me leave it on there and put your name on the credits.” You know what I mean? Give him a little 25%. I don’t want my kids to do music for real, unless they make the best music, I want them to play all instruments, so when my kid’s ready, I want him to be in all instrument classes. I’m trying to learn how to play the Saxophone and I started learning that before Corona came because I was gonna make that my debut, for Wireless. I was gonna come with a band with Sax, I don’t think they would expect that. It hurt my soul, I was taking two lessons a week and I was already getting my hands round it but when that happened, my mental health wasn’t really that great so I dropped it. I saw it the other day and brought it back out so I’m about to learn again.

It’s very spiritual, the Sax. When the teacher first came to teach me, he was like, “Have you played before?” I was like “no” but it’s just the fact I knew what it was and the old genre of Afrobeats, Fela played all the horns; I think it’s more spiritual. When I was a baby, I used to play the flute, or we used to call it recorder; I went to a little music school in Nigeria. I think it had the same kind of vibe so I can make rhythms with the Sax. I don’t know the notes and stuff but if you play me an instrumental, I can play along; It’s weird but I can.