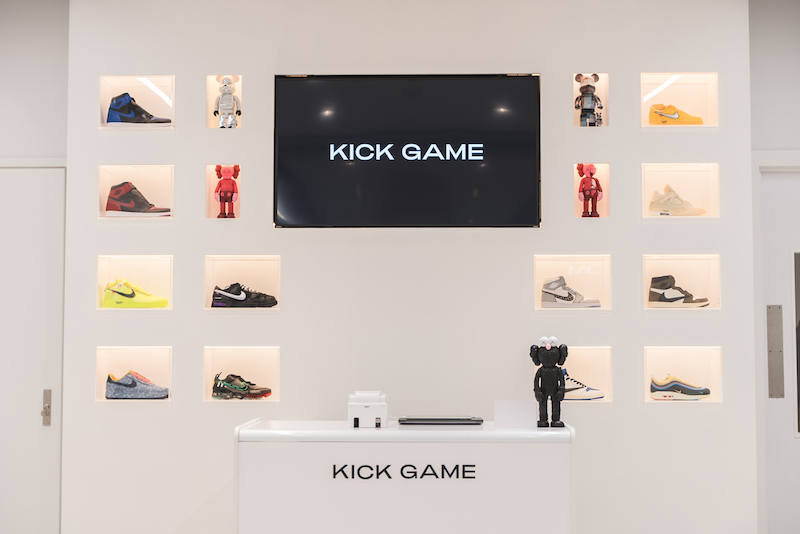 Bringing you big news as KICKGAME open a new store in Leeds! The luxury sneaker retailer brings its most hard-to-find sneakers to Trinity Leeds, along with Trapstar and Fear of God streetwear…

Kick Game has launched with its largest collection outside of its flagship in Covent Garden this week in the Leeds Trinity Shopping Centre.  The store features rare and exclusive Air Jordan 1s, Yeezy’s as well as Trapstar, Supreme and Fear of God Essentials clothing.

The new store on Albion Street will be the home of current best-selling kicks such as Air Jordan 1 Mid ‘Dark Teal’, Air Jordan 1 Mid GS ‘Crimson Tint’, Air Jordan 4 Retro ‘University Blue’ and the pristine ‘White Oreo’.  This is the first of many collections from Kick Game in Leeds that will showcase the latest drops of globally sold-out sneakers and apparel that cannot be bought anywhere else in the UK.

Air Jordan’s are regarded as the sneaker brand that has changed collecting forever, with the most recent highest selling 1984 Jordan pair breaking the world auction record selling for £1,068,991m in October this year. The launch of the store on Albion Street will be attended this weekend by Leeds United footballer Kalvin Phillips, and there will be a DJ playing in-store across the weekend.

Kick Game is a luxury streetwear retailer, specialising in rare and exclusive sneakers and apparel from top brands including Nike, Off-White, Air Jordan, Supreme and Yeezy. The company was founded in 2013 by brothers David & Robert Franks and specialises in providing access to some of the best and rarest sneakers and apparel on the planet. With an estimated 14% of UK high street stores being vacant by the end of the year, Kick Game is kicking the trend and opening its fourth store in 12 months.

Commenting on the launch, Robert Franks said: “It has been a dream of mine to open up our stores around the country – making our incredible collection of sneakers available to everyone, where they can see the product in real life and try them on. And Leeds has an incredible sneaker-culture, so it made total sense to come up here. We are thrilled to be opening this weekend and to be supported by Kalvin Phillips.