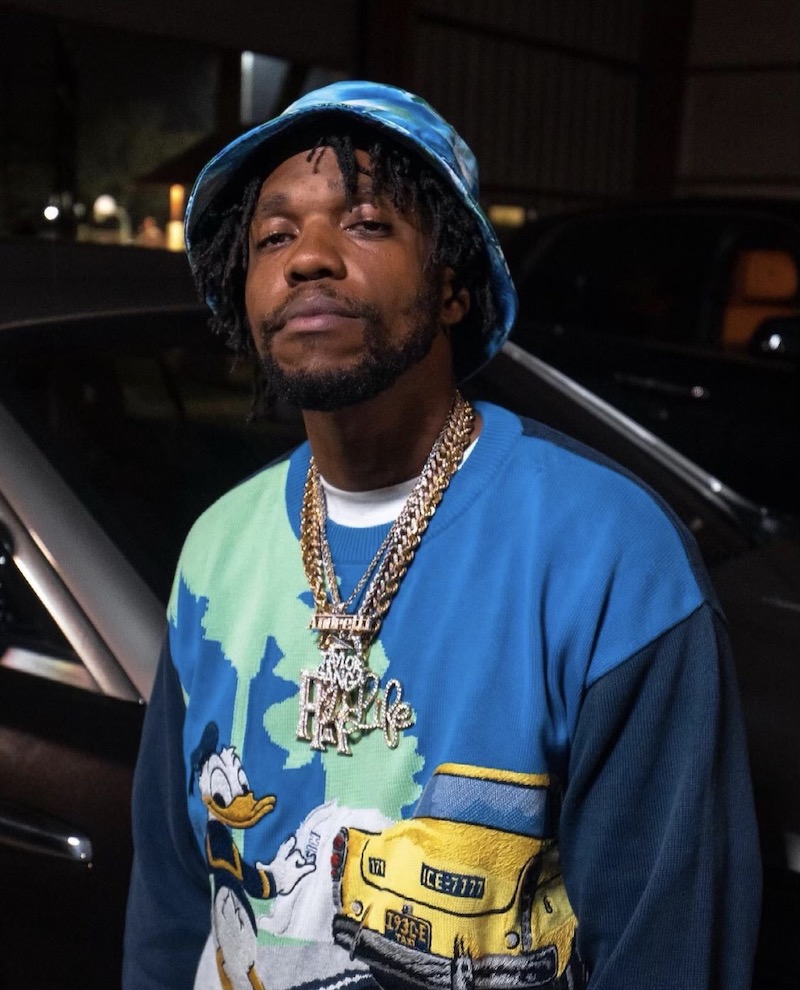 His blend of weed raps and car commentary made him a legend. Needing no introduction, Curren$y’s career spans almost two decades. Having maintained a solid fan base from the era of Cash Money and No Limit to modern day, he’s maintained relevancy and respect from his peers and fans alike. VIPER talks to the New Orleans icon about dinosaur songs and legacy.

Congrats on the new album ‘Welcome To Jet Life Recordings 2’!

Thank you, we actually shooting videos for it right now.

The ones you dropped already are amazing.

Don’t trip, we shooting all of ‘em. I’m actually shooting a video in front of my house right now, I’m just sitting inside. We gon’ bang all of ‘em out.

Wow, a video for each song?

I wanna make sure I shoot ‘em because I put people from the label and people closely affiliated with the label on each one of the records. So some of them have yet to be in a video or do a collaboration with somebody with the success that I have. Not even like I’m some mega star but with the amount of spotlight I do have, I’m able to share it with people close to me. I wanna make sure I shoot all those videos and give each one of those records the proper time to run and give everyone a chance.

It’s a special project for that reason. Plus we all know you’re talented but now we see you have a really good ear for talent.

Well I’m trying to get out of this in a minute so I can’t be the only one bringing money into Jet Life. I’ve gotta get a few pots on the stove and I think we’ve got the right formula.

This is the second project from your Jet Life roster, the first featured more solo tracks while this one is a lot more collaborative.

Yeah you right, I made sure this one had a lot less solo records. The other one, ‘Welcome To Jet Life’ was almost like a normal album from me but I gave the homies each a song, a solo record to be on. I feel like this was a better display of everyone’s skill set.

Yep, this is the first time because some of these artists are not necessarily signed to Jet Life but they collaborate with us or they use our studio a lot, and there’s people we want to just help further their careers and whatever they do outside of giving them a record deal. We wanna do it because if we get them on the stage with us, somebody might offer them a situation that could change their lives.

OG Maco’s on there too, how did that collaboration happen?

That’s been a good buddy of mine forever and ever, music from us has been long overdue by years, maybe five, maybe eight years. We been supposed to do some music so he happened to be in LA when I was out there. That’s really the way I work, I try not to email songs to people and wait for verses to come back. If I see you and we in the same town then we’ll work because the universe wanted it to happen.

How did you build the roster and come across these artists?

There’s nobody I just met out in the street rapping and was like “you’re great” except for BLU, the female singer on the last track. She is garnering quite a bit of attention and buzz out here in New Orleans. She’s an underground artist but her performance, just her set when she performs and the way she carries herself, it’s superstar quality. I just wanted to make sure that I gave my listeners a chance to check her out before she gets too big. Because this is the thing; everybody I put on this album, I feel like with or without me helping, they’re destined for greatness so you’d do better to help that train build up steam than to be a motherfucker standing on the track and get smacked by that train.

New Orleans is a very active city in rap today, how do you stay connected with the new artists coming through?

Absolutely, I think it just needs a bigger spotlight so I’m trying, just doing my part. At one point, I was in the same shoes that they’re in and artists like C-Murder and legends like the late Soulja Slim, they all felt that I had something. So they just all tried to chip in and do whatever they could do to make sure I made it and it worked.

You were involved with Cash Money and No Limit: great business minds. Was there any advice you were given that had a strong impact on you?

Just watching how much my more successful homies work in the studio and it made sense. It makes sense as I’m saying it to you because of course; if the way you’re getting paid is the music you’re making, where else should you be except the place you make the music at? You have more opportunities to get paid, each song is popping. You don’t know which one is gonna be the one so you gotta keep working.

You’re famous for dropping several projects a year, did you always have this work ethic?Yeah ’cause before I learned, I was observing legends. I was around Master P and stuff so I was like, when I do get my shot, this is clearly the only way to go because this guy had immeasurable success at the time I was around.